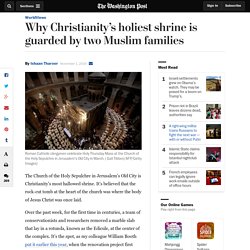 It's believed that the rock-cut tomb at the heart of the church was where the body of Jesus Christ was once laid. Process Theology. AEJT 3.19 Hide. Jesus Jazz and Buddhism - Home. A Complex Vision. This boke is begonne by Goddes gifte and his grace, but it is not yet performed, as to my sight.” 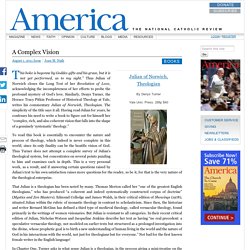 Thus Julian of Norwich closes the Long Text of her Revelation of Love, acknowledging the incompleteness of her efforts to probe the profound mystery of God’s love. Similarly, Denys Turner, the Horace Tracy Pitkin Professor of Historical Theology at Yale, writes his commentary Julian of Norwich, Theologian. The simplicity of the title says it all. Process Theology: Guardian of the Oppressor or Goad to the Oppressed. Background and Context Several preunderstandings inform my approach and participation in this welcome dialogue between process and liberation theologians. 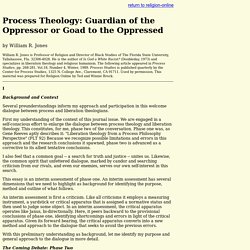 First my understanding of the context of this journal issue. The Spiral Path: A woman's journey to herself - Heather Plett. “If you feel lost, disappointed, hesitant, or weak, return to yourself, to who you are, here and now and when you get there, you will discover yourself, like a lotus flower in full bloom, even in a muddy pond, beautiful and strong.” ― Masaru Emoto This course will help you come back to yourself. 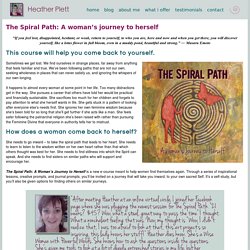 Sometimes we get lost. We find ourselves in strange places, far away from anything that feels familiar and true. We’ve been following paths that are not our own, seeking wholeness in places that can never satisfy us, and ignoring the whispers of our own longing. It happens to almost every woman at some point in her life. How does a woman come back to herself? She needs to go inward – to take the spiral path that leads to her heart. 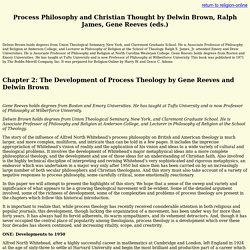 The story of the influence of Alfred North Whitehead’s process philosophy on British and American theology is much larger, and more complex, multiform, and intricate than can be told in a few pages. In this paper we will attempt to present the highlights of this story. “‘All Will Be Well’: Julian of Norwich’s Counter-Apocalyptic Revelations.” Academia.edu - Share research. Process Theology and Romantic Love - Jesus Jazz and Buddhism. At last my love has come alongMy lonely days are overAnd life is like a songAt last the skies above are blueMy heart was wrapped up in cloverThe night I looked at youI found a dream, that I could speak toA dream that I can call my ownI found a thrill to press my cheek toA thrill that I have never knownOh yeah yeahYou smiled, you smiledOh and then the spell was castAnd here we are in heavenfor you are mine...at last.Romantic love is like youth. 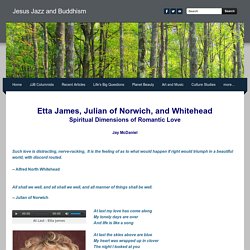 It is temporary, poignant, beautiful, painful, and life-altering. It is vivid but not always happy. A Complex Vision. CofSReflection2015.pdf. SpiritualThoughtForPreachers.pdf. Catherine of Siena : Her Mysticism - Drawn by Love. 8 things to know and share about St. Catherine of Siena. April 29th is the memorial of St. 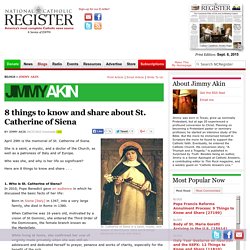 Catherine of Siena. She is a saint, a mystic, and a doctor of the Church, as well as a patroness of Italy and of Europe. Saint Catherine of Siena. The Middle Ages were drawing to a close and the brave new world of the Renaissance was springing to life when Catherine Benincasa was born. 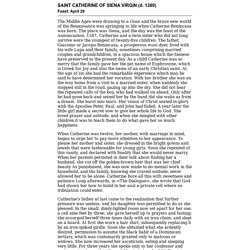 The place was Siena, and the day was the feast of the Annunciation, 1347. Catherine and a twin sister who did not long survive were the youngest of twenty-five children. The Buddhist View of Loneliness as a Good Thing. Get elephant's newsletter Photo: “Buddha Heart,” June 16, 2009 by Lynn Park. 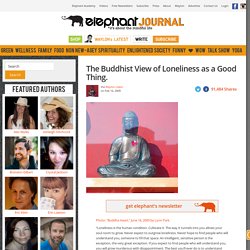 “Loneliness is the human condition. 10 Best Ignatian Movies. “Finding God in All Things” is a basic premise of Ignatian Spirituality. 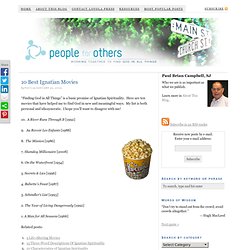 Here are ten movies that have helped me to find God in new and meaningful ways. My list is both personal and idiosyncratic. I hope you’ll want to disagree with me! 10. "Lamb of God" - Musings of an English Teacher reading the Bible. I've been reading more of Brian McLaren lately -- his first book, The Church on the Other Side, and his most recent, A New Kind of Christianity. A lot of the ideas he presents as "new ideas" "new ways of thinking" about Christianity have seemed a little self-evident to me.

But I think I've figured out why now. I read the Bible the same way he does, the same way Verna Dozier does, the way literary critics like Northrop Frye or poets like David Jones do -- as a work of literature, of poetry, a work that tells a story of who "God" is and wants to be -- and what it has meant for people of different eras to be "the people of God. " Catholic-Hierarchy: Its Bishops and Dioceses, Current and Past. New Year's resolutions: The Pope Francis list. PRACTICAL LESSONS. Showing simplicity, Pope Francis personally pays the bill for his lodging soon after his election as pontiff. File photo from Osservatore Romano/AFP MANILA, Philippines – He preaches against gossip, reminds us to finish our meals, and even tells us not to fear marriage. Described as the “world's parish priest,” Pope Francis goes beyond abstract theology, and gives us advice we can use daily.

7 Things Every Protestant Should Know About Catholicism » Thirsting for Truth. 7 Things Every Protestant Should Know About Catholicism by Marcus Guevara I compiled this short list based on questions I normally receive and some common misconceptions of the Catholic Church. This article is not meant to be all encompassing and I don’t go into great detail on any subject. This isn’t meant to be an antagonistic or hostile article. It’s simply something to get people thinking and I really feel that Protestants will appreciate the Catholic perspective on some of these issues. If I get some additional questions or responses about a particular subject then maybe I’ll write a whole article on that one subject. Psychological First Aid: Field Operations Guide. For Disaster Responders Developed jointly with the National Child Traumatic Stress Network, PFA is an evidence-informed modular approach for assisting people in the immediate aftermath of disaster and terrorism: to reduce initial distress, and to foster short- and long-term adaptive functioning.

A Prayer at Christmas. Chapter 8 The Fall from Glory. They certainly had knowledge of God, yet they did not glorify Him as God or give Him thanks; . . . their senseless hearts were darkened . . . they exchanged the glory of the immortal God for images representing mortal man, birds, beasts, and snakes. (Rom 1:21-23) The secret force of lawlessness is already at work. . .

We are bound to thank God for you always, beloved brothers in the Lord, because you are the first fruits of those whom God has chosen for salvation, in holiness of spirit and fidelity to truth. He called you through our preaching of the good news so that you might achieve the glory of our Lord Jesus Christ. (2 Thes 2:7,13-14) The Three Ages of the Interior Life. Ron Rolheiser - Speaker, Columnist and Author. The World Seen From Rome. Official Website of the CBCP. The Holy See. Spiritual and Religious: A Task.