As Envisioned by the Ancient Yogis. This Trick Makes You Immune To Illness. Tibetan Buddhism: Secrets of the Yogis of Tibet - Part 5. Yoganirvana.com. To activate the unconscious means to awaken the divine, the devi, Kundalini – to begin the development of the suprapersonal within the individual in order to kindle the light of the gods. 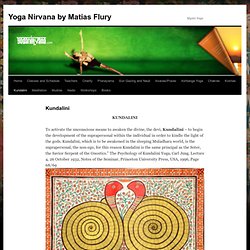 Kundalini, which is to be awakened in the sleeping Muladhara world, is the suprapersonal, the non-ego, for this reason Kundalini is the same principal as the Soter, the Savior Serpent of the Gnostics.” The Psychology of Kundalini Yoga, Carl Jung. Lecture 4, 26 October 1932, Notes of the Seminar, Princeton University Press, USA, 1996, Page 68/69 Inside the enclose occidental structure of insightful perspective, Kundalini is frequently connected to psychological imbalances. Kundalini energy evolution inside the human body, can pressure the mind to undergo distorted states of consciousness, which include hallucinations, sense of expansiveness, emotional out brakes, epileptic spasms, psychotic episodes and so forth . The moaning and groaning, The sighing and sobbing, Are quieted now, Horrible throbbing! All about the practice of sat kriya, tips, tricks, how to and more. I’ve been doing Sat Kriya daily for several years now and it’s amazing how you intuitively learn little things from the meditation and the changes that you go through. 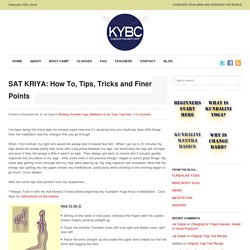 When I first started, my right arm would fall asleep and I’d sweat like hell. When I got up to 31 minutes my legs would fall asleep pretty bad, even with a big pillow between my legs, but eventually the legs got stronger and even if they fell asleep a little it wasn’t so bad. They always got back to normal and it actually greatly improved the circulation in my legs. After some time in the practice though I began to notice great things. My navel was getting much stronger and my hips were opening up. Here are some tips and pointers from my experience… **Always Tune In with the Adi Mantra 3 times before beginning any Kundalini Yoga Kriya or Meditation. How To Do It: Finishing: Sat Kriya. Sat Kriya is an essential key to the processes of Kundalini Yoga. 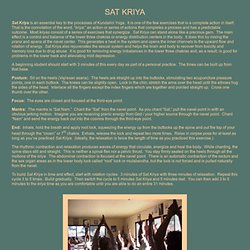 It is one of the few exercises that is a complete action in itself. That is the connotation of the word, “kriya;” an action or series of actions that completes a process and has a predictable outcome. Most kriyas consist of a series of exercises that synergize. Sat Kriya can stand alone like a precious gem. The Science of Pranayama. Advaita Vedanta. School of Hindu philosophy, a classic path to spiritual realization Advaita Vedanta traces its roots to the oldest Upanishads. 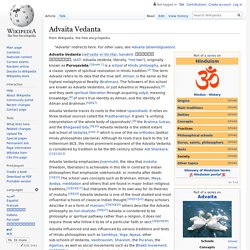 It relies on three textual sources called the Prasthanatrayi. Samadhi or Super-Consciousness - The Yoga System - Chapter 13. Our Superconscious - A mystical level of mind — Yoga with Muni. Once we have become subconsciously adjusted to a sense of an “I” rooted in being, rather than an “I” driven by the impulses of the five senses or lured on by the ramification of thought and the novelty of the conscious state of mind, we have successfully positioned awareness on the threshold of superconsciousness. 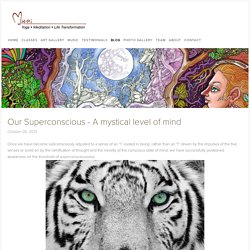 Before we seriously focus deeply within, we experience superconsciousness in a general way—usually as something like a no-problem zone of inner space in which everything just seems to be okay. Because this nonspecific enjoyment of alrightness feels quite “natural” to us, we are left to assume that we are at least temporarily functioning in an “unnatural” state of mind when life does not seem to be “okay.”

Obviously, just living in a physical body demands an externalization of awareness out of “inherent” superconsciousness into “acquired” conscious and subconscious states of mind. Tapping into superconsciousness in this way is wonderful to be sure. Ramakrishna. Ramakrishna ( Ramkṛiṣṇo Pôromôhongśo ) (18 February 1836 – 16 August 1886), born Gadadhar Chattopadhyay (Gôdadhor Chôṭṭopaddhae), was an Indian mystic during 19th-century. 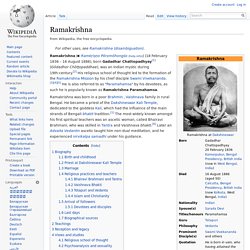 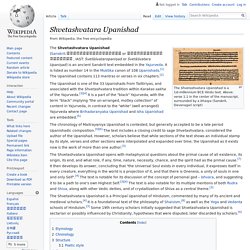 Above: verse 1.1 in the center of the manuscript, surrounded by a bhasya (Sanskrit, Devanagari script) The Shvetashvatara Upanishad (Sanskrit:श्वेताश्वतरोपनिशद or श्वेताश्वतर उपनिषद् , IAST: Śvetāśvataropaniṣad or Śvetāśvatara Upaniṣad) is an ancient Sanskrit text embedded in the Yajurveda. It is listed as number 14 in the Muktika canon of 108 Upanishads.[1] The Upanishad contains 113 mantras or verses in six chapters.[2] The Upanishad is one of the 33 Upanishads from Taittiriyas, and associated with the Shvetashvatara tradition within Karakas sakha of the Yajurveda.[3][4] It is a part of the "black" Yajurveda, with the term "black" implying "the un-arranged, motley collection" of content in Yajurveda, in contrast to the "white" (well arranged) Yajurveda where Brihadaranyaka Upanishad and Isha Upanishad are embedded.[5] Contents Etymology[edit] Shvetashvatara means "carried on a white horse" Chronology[edit] Structure[edit] 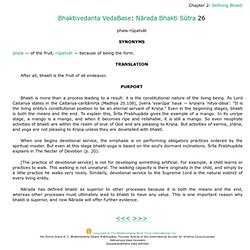 After all, bhakti is the fruit of all endeavor. Bhakti is more than a process leading to a result: it is the constitutional nature of the living being. As Lord Caitanya states in the Caitanya-caritāmṛta (Madhya 20.108), jīvera 'svarūpa' haya — kṛṣṇera 'nitya-dāsa': "It is the living entity's constitutional position to be an eternal servant of Kṛṣṇa.

" When one begins devotional service, the emphasis is on performing obligatory practices ordered by the spiritual master. [The practice of devotional service] is not for developing something artificial. Nārada has defined bhakti as superior to other processes because it is both the means and the end, whereas other processes must ultimately lead to bhakti to have any value. Copyright © The Bhaktivedanta Book Trust International, Inc.His Divine Grace A. Kundalini Yoga. Acharya David Frawley (Pandit Vamadeva Shastri) Dr. 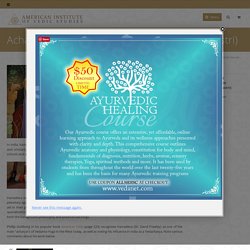 David Frawley (Pandit Vamadeva Shastri) D. Litt., is a western born teacher or guru in the Vedic tradition. In India, Vamadeva is recognized as a Vedacharya (Vedic teacher), and includes in his unusual wide scope of studies Ayurveda, Yoga, Vedanta and Vedic astrology, as well as the ancient Vedic teachings going back to the oldest Rigveda. Vamadeva is a recipient of the prestigious Padma Bhushan award, one of the highest civilian awards granted by the government of India, “for distinguished service of a higher order to the nation,” honoring his work and writings as a Vedic teacher, which he received in March 2015. He has a rare and prestigious s D. In India, Vamadeva’s translations and interpretations of the ancient Vedic teachings have been acclaimed in both spiritual and scholarly circles. Vamadeva sees his role as a “Vedic educator” helping to revive Vedic knowledge in an interdisciplinary approach for the planetary age. 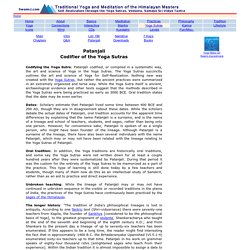 The Yoga Sutras succinctly outlines the art and science of Yoga for Self-Realization. Nothing new was created with the Yoga Sutras, but rather the ancient practices were summarized in an extremely organized and terse way. While the Yoga Sutra itself is ancient, archaeological evidence and other texts suggest that the methods described in the Yoga Sutras were being practiced as early as 3000 BCE. Oral tradition states that the date may be even earlier. Dates: Scholars estimate that Patanjali lived some time between 400 BCE and 200 AD, though they are in disagreement about these dates. Oral tradition: In addition, the Yoga traditions are historically oral traditions, and some say the Yoga Sutras were not written down for at least a couple hundred years after they were systematized by Patanjali. Vyasa.