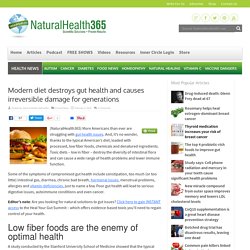 And, it’s no wonder, thanks to the typical American’s diet, loaded with processed, low fiber foods, chemicals and denatured ingredients. Toxic diets – low in fiber – destroy the diversity of intestinal flora and can cause a wide range of health problems and lower immune function. Some of the symptoms of compromised gut health include constipation, too much (or too little) intestinal gas, diarrhea, chronic bad breath, hormonal issues, menstrual problems, allergies and vitamin deficiencies, just to name a few. Poor gut health will lead to serious digestive issues, autoimmune conditions and even cancer. Editor’s note: Are you looking for natural solutions to gut issues? A study conducted by the Stanford University School of Medicine showed that the typical American diet consisting of mostly low fiber foods produces a range of internal deficiencies. 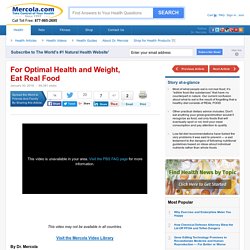 Declining Foods Nutrients. Raw Milk. Organic Food. Why I am a Pegan – or Paleo-Vegan – and Why You Should Be Too! As a doctor, it is my job to figure out the best way to keep my patients healthy. 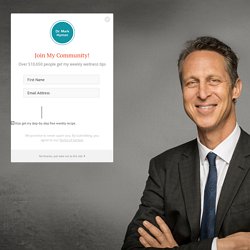 We now know that food is medicine, perhaps the most powerful drug on the planet with the power to cause or cure most disease. Conventional Sodium Advice WRONG, Large Study Confirms. A large international study conducted in 17 countries and recently published in the New England Journal of Medicine has found the advice given by doctors to their heart patients and others with regard to sodium has been WRONG. 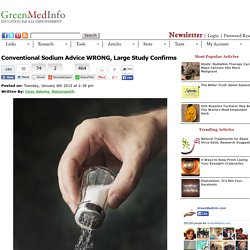 Conventional advice given by most Western doctors and even published by the U.S. Office of Disease Prevention and Health Promotion – part of the U.S. Department of Health and Human Services – has recommended that those under 50 years old limit their sodium intake to less than 2,300 milligrams per day, and those over 50 limit their sodium consumption to less then 1,500 milligrams per day. The recent study, conducted by nearly 400 scientists around the world, followed 156,424 people between the ages of 35 and 70 years old living in 628 cities and villages in Argentina, Bangladesh, Brazil, Canada, Chile, China, Colombia, India, Iran, Malaysia, Pakistan, Poland, South Africa, Sweden, Turkey, United Arab Emirates, and Zimbabwe.

Stories of Healing Through Nutrition

Why Organic Food Costs So Much (It’s Not What You Think) It is becoming increasingly clear that our food supply is hopped up on ingredients that flat out did not exist a generation ago. 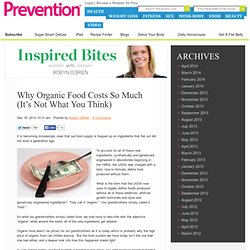 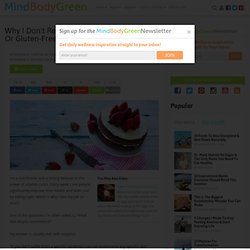 Bad Food. 10 Foods Sold in the U.S. That Are Banned. This Article First Appeared At Care2.com: 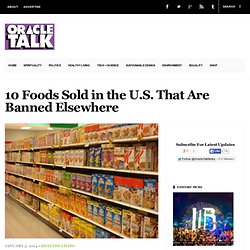 Coca-Cola's Assault on Tap Water. While public health advocates have sung the praises of tap water for years, Coca-Cola has been focusing on its own covert assault on the affordable, healthful, and refreshing beverage. 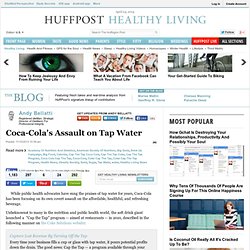 Unbeknownst to many in the nutrition and public health world, the soft drink giant launched a "Cap the Tap" program -- aimed at restaurants -- in 2010, described in the following manner on the Coke Solutions website: Capture Lost Revenue By Turning Off the Tap Every time your business fills a cup or glass with tap water, it pours potential profits down the drain. The good news: Cap the Tap -- a program available through your Coca-Cola representative -- changes these dynamics by teaching crew members or wait staff suggestive selling techniques to convert requests for tap water into orders for revenue-generating beverages. 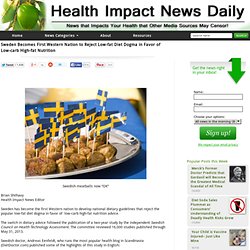 The switch in dietary advice followed the publication of a two-year study by the independent Swedish Council on Health Technology Assessment. Are Your Veggies Grown With Recycled Sewage? Hey, get this: That stuff you flush down the toilet, well, it may have been used to grow the baby carrots you just ate. 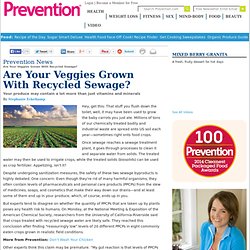 Millions of tons of our chemically treated bodily and industrial waste are spread onto US soil each year—sometimes right onto food crops. Acrylamide: Primary Hazard of Processed Foods. U.S. dairy industry petitions FDA to approve aspartame as hidden, unlabeled additive in milk, yogurt, eggnog and cream. (NaturalNews) You probably already know that the FDA has declared war on raw milk and even helped fund and coordinate armed government raids against raw milk farmers and distributors.

Yes, it's insane. This brand of tyranny is unique to the USA and isn't even conducted in China, North Kora or Cuba. Only in the USA are raw milk farmers treated like terrorists. But now the situation is getting even more insane than you could have imagined: the International Dairy Foods Association (IDFA) and the National Milk Producers Federation (NMPF) have filed a petition with the FDA asking the FDA to alter the definition of "milk" to secretly include chemical sweeteners such as aspartame and sucralose.

Is Diet Soda Bad For You? Pop quiz! What’s the single biggest source of calories for Americans? Sustainable Table: What's on Your Plate? By Dr. Do You Know Where Restaurant Food Comes From? Skimming the Truth - Fat in Dairy Products. Big Sugar's Sweet Little Lies. Illustration: Chris BuzelliOn a brisk spring Tuesday in 1976, a pair of executives from the Sugar Association stepped up to the podium of a Chicago ballroom to accept the Oscar of the public relations world, the Silver Anvil award for excellence in "the forging of public opinion. " The trade group had recently pulled off one of the greatest turnarounds in PR history. For nearly a decade, the sugar industry had been buffeted by crisis after crisis as the media and the public soured on sugar and scientists began to view it as a likely cause of obesity, diabetes, and heart disease.

Industry ads claiming that eating sugar helped you lose weight had been called out by the Federal Trade Commission, and the Food and Drug Administration had launched a review of whether sugar was even safe to eat. “Organic” Baby Food May Soon Contain Who-Knows-What. The National Organic Standards Board (NOSB) is even considering allowing genetically engineered vaccines for organic livestock. Action Alert! Progressive Eaters, Unite. FDA Food Inspections Fail To Catch Vast Majority Of Pathogens, 'Bloomberg Markets' Finds.