Foods That Heal Thyroid. We have been told for decades by authorities that food has nothing to do with healing. 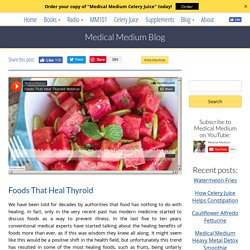 In fact, only in the very recent past has modern medicine started to discuss foods as a way to prevent illness. In the last five to ten years conventional medical experts have started talking about the healing benefits of foods more than ever, as if this was wisdom they knew all along. Using Enzymes To Overcome Hashimoto’s. Top 7 Hashimoto’s Throiditis Food Myths. 9 Signs Of Hashimoto’s Disease (And How To Treat It) A quick note from our founder- Over the past year, my friend Dave at PaleoHacks has been working on a secret cookbook with world-renowned Le Cordon Bleu chef Peter Servold. 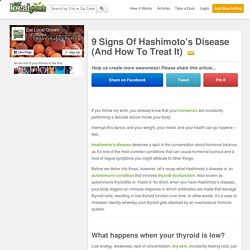 Well, today this new this new incredible Paleo Cookbook is finally available to be shipped right to your door for FREE. Food Sensitivities. "One man's food is another man's poison" is a familiar and centuries old saying which simply states that different people can have very different reactions to exactly the same food. 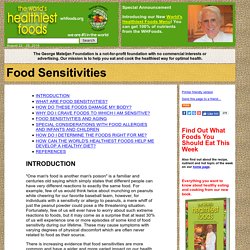 For example, few of us would think twice about munching on peanuts while cheering for our favorite baseball team, however, for individuals with a sensitivity or allergy to peanuts, a mere whiff of just the peanut powder could pose a life threatening situation. Fortunately, few of us will ever have to worry about such extreme reactions to foods, but it may come as a surprise that at least 30% of us will experience one or more episodes of some kind of food sensitivity during our lifetime. These may cause symptoms with varying degrees of physical discomfort which are often never related to food as their source. 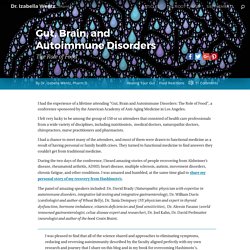 I felt very lucky to be among the group of 150 or so attendees that consisted of health care professionals from a wide variety of disciplines, including nutritionists, medical doctors, naturopathic doctors, chiropractors, nurse practitioners and pharmacists. I had a chance to meet many of the attendees, and most of them were drawn to functional medicine as a result of having personal or family health crises. They turned to functional medicine to find answers they couldn’t get from traditional medicine. Maybe You Aren't Gluten Intolerant. 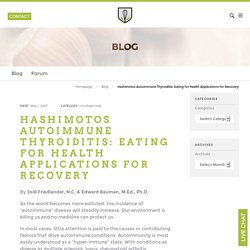 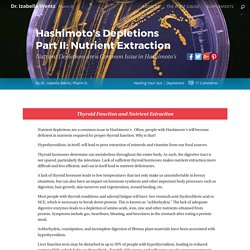 Often, people with Hashimoto's will become deficient in nutrients required for proper thyroid function. Why is that? Hypothyroidism, in itself, will lead to poor extraction of minerals and vitamins from our food sources. Thyroid hormones determine our metabolism throughout the entire body. As such, the digestive tract is not spared, particularly the intestines. A lack of thyroid hormone leads to low temperatures that not only make us uncomfortable in breezy situations, but can also have an impact on hormone synthesis and other important body processes such as digestion, hair growth, skin turnover and regeneration, wound healing, etc. Most people with thyroid conditions and adrenal fatigue will have low stomach acid (hydrochloric acid or HCl), which is necessary to break down protein. Achlorhydria, constipation, and incomplete digestion of fibrous plant materials have been associated with hypothyroidism. 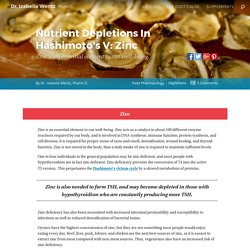 Zinc acts as a catalyst in about 100 different enzyme reactions required by our body, and is involved in DNA synthesis, immune function, protein synthesis, and cell division. It is required for proper sense of taste and smell, detoxification, wound healing, and thyroid function. Zinc is not stored in the body, thus a daily intake of zinc is required to maintain sufficient levels. One in four individuals in the general population may be zinc deficient, and most people with hypothyroidism are in fact zinc deficient. 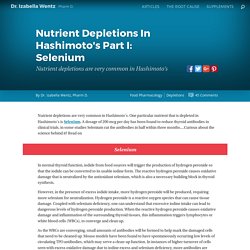 One particular nutrient that is depleted in Hashimoto's is Selenium. A dosage of 200 mcg per day has been found to reduce thyroid antibodies in clinical trials, in some studies Selenium cut the antibodies in half within three months....Curious about the science behind it? Read on In normal thyroid function, iodide from food sources will trigger the production of hydrogen peroxide so that the iodide can be converted to its usable iodine form. The reactive hydrogen peroxide causes oxidative damage that is neutralized by the antioxidant selenium, which is also a necessary building block in thyroid synthesis. The Real Reason Wheat is Toxic (it's not the gluten) The stories became far too frequent to ignore. 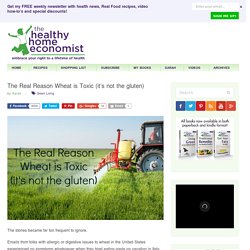 Emails from folks with allergic or digestive issues to wheat in the United States experienced no symptoms whatsoever when they tried eating pasta on vacation in Italy. Confused parents wondering why wheat consumption sometimes triggered autoimmune reactions in their children but not at other times. In my own home, I’ve long pondered why my husband can eat the wheat I prepare at home, but he experiences negative digestive effects eating even a single roll in a restaurant. There is clearly something going on with wheat that is not well known by the general public. It goes far and beyond organic versus nonorganic, gluten or hybridization because even conventional wheat triggers no symptoms for some who eat wheat in other parts of the world. Food Sensitivities And Hashimoto's The Role of Food in Your Health Journey.