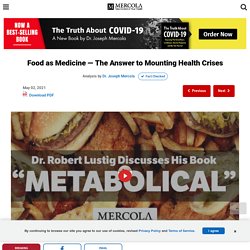 Robert Lustig, a pediatric endocrinologist and Professor Emeritus at the University of California, San Francisco, has written a number of excellent books about health. His latest, “Metabolical: The Lure and the Lies of Processed Food, Nutrition, and Modern Medicine” goes deep into the details of how changes in our food supply have damaged our metabolic health. (The created term “metabolical” is actually a portmanteau of the words “metabolic” and “diabolical.”) “I wrote it because nothing else has worked,” Lustig says. “Part of the problem is this is such a complicated issue. “Wild-caught,” “organic,” “grass-fed,” “humane”: animal product labels, explained. On a simple run to the grocery store, we’re confronted by a dizzying array of food labels in the meat, dairy, and egg aisles. 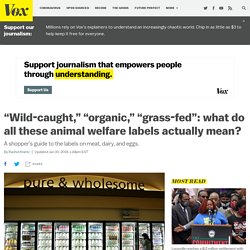 From “natural” to “Certified Humane” to “free-range,” it can be difficult to know which labels on animal products signal that the animals were treated better, and which are simply advertising fluff. Whether or not their meaning is clear, these labels can have big sway over consumers, and enormous consequences for the billions of animals raised and slaughtered for food each year in the US. Not a single federal law protects farmed animals during their lives on factory farms — which has led to a race to the bottom in animal welfare. Food Brands Owned by Monsanto. There is an alarming percentage of food brands owned by Monsanto. 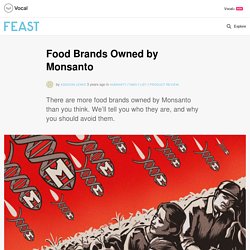 Since the beginning of the 20th century, Monsanto Company has maintained a large presence in the industrialization of agriculture. As time has passed, we’ve seen that this corporation has done far more harm than good. From incorporating artificial additives to genetically modifying organisms, Monsanto has smeared their name on the world’s agricultural landscape. You’ll learn the food brands owned by Monsanto, and you’ll see why this is the last time you buy from them again. Who is Monsanto? Monsanto, an agrochemical company based in Missouri, is the largest producer of genetically engineered seed in the United States.

No Title. No Title. Ultra-Processed, Plastic-Contaminated Food Wreaks Havoc on Health. By Dr. 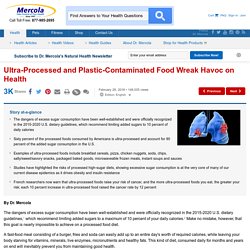 Mercola The dangers of excess sugar consumption have been well-established and were officially recognized in the 2015-2020 U.S. dietary guidelines,1 which recommend limiting added sugars to a maximum of 10 percent of your daily calories.2 Make no mistake, however, that this goal is nearly impossible to achieve on a processed food diet. Canola Oil Proven to Destroy Your Body and Mind. By Dr. 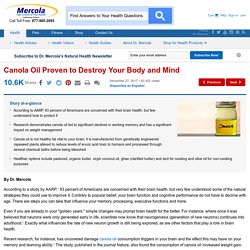 Mercola According to a study by AARP,1 93 percent of Americans are concerned with their brain health, but very few understood some of the natural strategies they could use to improve it. Contrary to popular belief, your brain function and cognitive performance do not have to decline with age. There are steps you can take that influence your memory, processing, executive functions and more. Even if you are already in your "golden years," simple changes may prompt brain health for the better. Recent research, for instance, has uncovered damage canola oil consumption triggers in your brain and the effect this may have on your memory and learning ability.3 The study, published in the journal Nature, also found the consumption of canola oil increased weight gain. 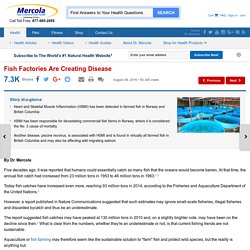 Mercola Five decades ago, it was reported that humans could essentially catch so many fish that the oceans would become barren. At that time, the annual fish catch had increased from 23 million tons in 1953 to 46 million tons in 1963.1,2 Today fish catches have increased even more, reaching 93 million tons in 2014, according to the Fisheries and Aquaculture Department of the United Nations.3. Coca-Cola Caught Undermining Public Health Initiatives. By Dr. 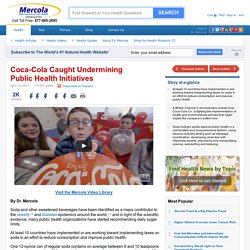 Mercola Soda and other sweetened beverages have been identified as a major contributor to the obesity1,2 and diabetes epidemics around the world,3,4 and in light of the scientific evidence, many public health organizations have started recommending daily sugar limits. At least 10 countries have implemented or are working toward implementing taxes on soda in an effort to reduce consumption and improve public health. One 12-ounce can of regular soda contains on average between 8 and 10 teaspoons of sugar, far exceeding 100 percent of your recommended daily sugar allotment of 6 teaspoons (25 grams). Considering sugar is as addictive as cocaine5 and has downright toxic effects on your body when consumed in excess,6 it's no wonder obesity has become such a health crisis. Clean food movement news: Carrageenan about to be banned from organic food. (NaturalNews) According to the USDA's National Organic Standards Board (NOSB), the commonly utilized emulsifier carrageenan will not be allowed as an ingredient in organic food by 2018. 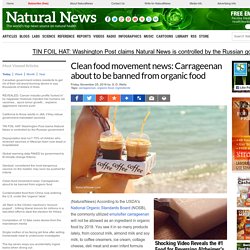 You see it in so many products lately, from coconut milk, almond milk and soy milk, to coffee creamers, ice cream, cottage cheese, deli meat and even infant formula (Similac). Yeah, it's pretty gross too. Used as a thickening agent, this inflammatory and possibly carcinogenic additive does not belong in food at all, especially organic food. If you've ever bought coffee creamer with carrageenan in it and kept it for more than about 10 days, you'll have noticed a stringy coagulation of gooey gunk at the bottom.

That's the "food grade" carrageenan. Scientist Who Found Gluten Sensitivity Now Says It Doesn’t Exist. By Philip Schneider via Waking Times Is Monsanto’s glyphosate the true cause of sensitivity to glutenous foods? 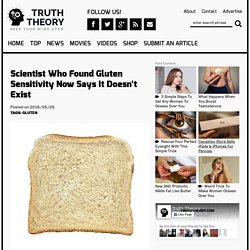 Over 18 million people are said to have some intolerance to gluten, the sticky protein that can be found in breads, barley, and other wheat products. But how scientifically grounded is this sudden wave of large-scale gluten intolerance? Breakfast Cereals Are Toxic. Why Oil is Bad for You. “Dr. 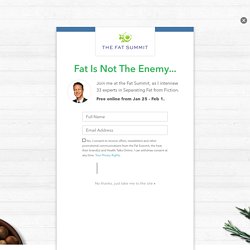 Hyman, I grew up in a house where we used vegetable oil every day to cook with,” writes this week’s house call. “My mom still uses these oils and I’m trying to convince her to switch to coconut or olive oil. Any advice?” We were all trained that vegetable oils were good and butter was bad. 10 Banned Foods Americans Should Stop Eating – Infographic. Embed this infographic on your website: Copy code Click on the code area and press CTRL + C (for Windows) / CMD + C (for Macintosh) to copy the code. 40 Sneaky Names For MSG (Check Your Labels!) The dangers and prevalence of MSG will shock you! This flavor enhancer is linked to a host of health issues, including fibromyalgia, obesity, fatty liver, high insulin and blood sugar, high cholesterol, liver toxicity, metabolic syndrome, high blood pressure, disturbance to the gut-brain connection, neurological and brain damage.

The danger lies in that MSG is almost impossible to avoid. Why? The reason is twofold: 1. Carrageenan Concerns. Woman's Homemade Sauerkraut Highlights Cottage Food Fight in AZ. Sandy Boyce and her husband have been making homemade sauerkraut for years by fermenting cabbage purchased from local farmers near their home in Sedona, Arizona. Having long received praise from family and friends for her recipe, Boyce, the director of the nonprofit Verde Valley Community Supported Agriculture, finally decided in 2009 to start selling her specialty at farmers’ markets in the area.

Boyce’s ‘kraut was a hit, selling out each week — until her county health department promptly asked her to stop. Oreos Found to Be as Addictive as Cocaine! What 'All Natural' Means on Food Labels. Unless you have a green thumb, lots of outdoor space, and the time to grow your own grub, sticking to a diet free of processed ingredients can be challenging. (If you are that person, can we come over for dinner?) Otherwise, you do your best, eating whole foods whenever possible, and opting for the most unadulterated, natural options you can find when you buy from the box or the bag.

Or so you think. The problem is, labels can be misleading. You’d need several pairs of hands to count the number of “100% Natural” claims you see in just one aisle of the supermarket.