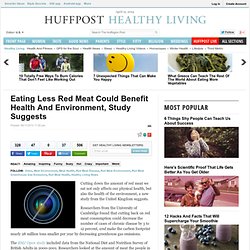 Researchers from the University of Cambridge found that cutting back on red meat consumption could decrease the number of cases of chronic disease by 3 to 12 percent, and make the carbon footprint nearly 28 million tons smaller per year by decreasing greenhouse gas emissions. The BMJ Open study included data from the National Diet and Nutrition Survey of British Adults in 2000-2001. Researchers looked at the amount of meat the people in the study consumed, as well as how many green gas emissions were emitted that are linked to 45 different kinds of food.

Big Bad Corn – An Infographic on America’s Scary Corn Industry. Tax Cuts For The Rich Do Not Spur Economic Growth: Study. There is no clear correlation between tax cuts for high earners and economic growth, according to a new study by Congress' nonpartisan policy analyst. 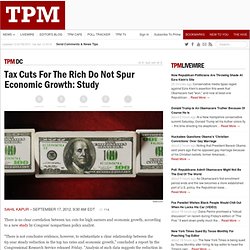 "There is not conclusive evidence, however, to substantiate a clear relationship between the 65-year steady reduction in the top tax rates and economic growth," concluded a report by the Congressional Research Service released Friday. "Analysis of such data suggests the reduction in the top tax rates have had little association with saving, investment, or productivity growth. " The findings are pertinent to a central debate in the presidential election, wherein President Obama is pushing to end the Bush-era tax cuts on high incomes, while his Republican challenger Mitt Romney insists on cutting rates across the board 20 percent below current policy. Democrats contrast the tax hikes of the 1990s and ensuing economic growth with the tax cuts of the 2000s and relatively meager gains that followed. Teck Resources Admits Polluting Columbia River For 100 Years; Damage To Be Assessed. 52 Shades of Greed - An Illustrated Education Game.

10 Things I Wish All Americans Knew About The Meat & Dairy Industries. Are you being manipulated into buying things you don’t want or need? 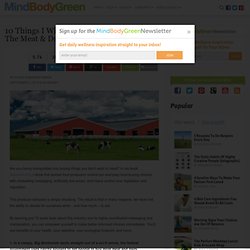 In my book Meatonomics, I show that animal food producers control our everyday food-buying choices with misleading messaging, artificially low prices, and heavy control over legislation and regulation. This producer behavior is simply shocking. 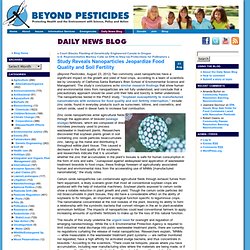 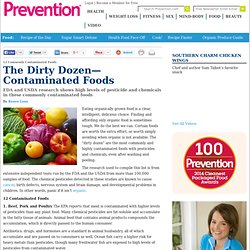 Finding and affording only organic food is sometimes tough. We do the best we can. Certain foods are worth the extra effort, or worth simply avoiding when organic is not available. The "dirty dozen" are the most commonly and highly contaminated foods with pesticides and chemicals, even after washing and peeling. The research used to compile this list is from extensive independent tests run by the FDA and the USDA from more than 100,000 samples of food. Mark Hyman, MD: Money, Politics and Health Care: A Disease-Creation Economy. "There is nothing more difficult to carry out, nor more doubtful of success, nor more dangerous to handle, than to initiate a new order of things. 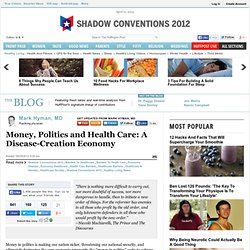 For the reformer has enemies in all those who profit by the old order, and only lukewarm defenders in all those who would profit by the new order. " --Niccolò Machiavelli, The Prince and The Discourses Money in politics is making our nation sicker, threatening our national security, and ultimately destroying the very economic prosperity the "money in politics" seeks to achieve. It is undermining our capacity to care for our citizens and threatening our global economic competitiveness in invisible, insidious ways.

The links, connections and patterns that promote obesity and chronic disease are clear, though. Climate Change Threat To World's Poor Is Underestimated, Oxfam Says. Tom Zeller Jr.: Mitt Romney's Energy Plan: Of The Fossil Fuel Lobby, By The Fossil Fuel Lobby. Barack Obama has given "billions of taxpayer dollars to green energy projects run by political cronies," according to an ambitious new energy plan rolled out last week by the president's Republican challenger, Mitt Romney. 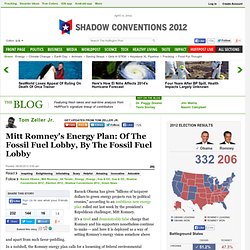 Ocean Horror Show: Dead Sea Birds With Bellies Full of Plastic Garbage. Sustainability, mass consumption, and what he calls "our culture of waste" have long been the backbone of Seattle-based photographer Chris Jordan's work. 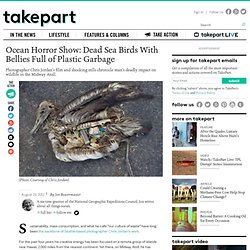 For the past four years his creative energy has been focused on a remote group of islands near Hawaii, 2,000 miles from the nearest continent. Yet there, on Midway Atoll, he has discovered a nightmare scenario that powerfully illustrates just how ruinous man's impact on nature can be: hundreds, thousands of dead albatross chicks choked to death on man's detritus, mostly shiny bits of plastic picked up from the nearby Pacific Ocean by their parents, and fed to them mistakenly as food. 7 Gross Things In Your Food. Michele Simon: Top 10 Lies Told by Monsanto on GMO Labeling in California. Will Gray Wolf Success Story Become a Conservation Tragedy? How the FDA is Recklessly Abandoning Drug Safety. Super PAC Donors Unmasked: Who's Bankrolling The Presidential Election? - News. Lobby Costs by Big Pharma. Install Your Own Water Filter at Home. 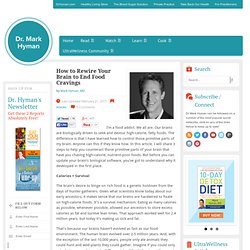