10 Best Straight Razors of 2020. Straight razors have existed in one form or another for millennia, with cultures like the Ancient Egyptians utilizing primitive copper and gold versions of the grooming utensils as far back as the 4th Millennium BC. 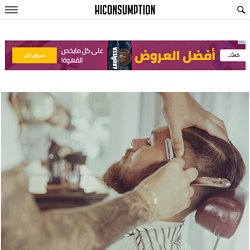 In that time, a series of major advancements have taken place as metallurgy technology and production techniques continue to be refined. So, while the basic premise of shaving with a “cut-throat” razor remains largely unchanged, the number of options on the market has grown significantly. This can make shopping for an open razor difficult, especially to the uninitiated who don’t yet know how to shave with a straight razor. For this reason, we’ve searched high and low for the best straight razors currently on the market from a variety of different styles and price-points. Dovo Shavette Straight Razor Unlike traditional disposable and electric razors, shaving with a straight razor requires equal parts skill, patience, and practice. Purchase: $43. Men's SMARTY® 3-in-1 Jackets. In available credit. 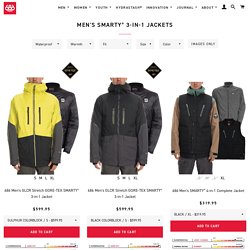 Masters of Tradition - Japanese Steel Knives. Dyson Lightcycle 60-Year Lamp. Dyson might be a world-renowned vacuum proprietor but that doesn’t mean they shy away from the interior design realm. 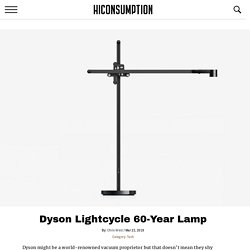 In fact, their background in industrial design has helped them to advance their newest venture — an innovative, long-lasting lamp named the Lightcycle. The Lightcycle takes everything that we love about a traditional lamp system and elaborates upon it — leaving us with a technologically advanced, modern-day version of the adaptable indoor light source. Intelligent LEDs adjust depending on the amount of ambient light in the room, while an age-adaptive system actuates based on the age of your eyes. If you’re doing something that requires more (or less) light, the Dyson Lightcycle will dim or brighten after determining what you’re doing — proving the perfect light source for reading, watching television, or using a smart device. 20 Best Tactical Combat Knives of 2019.

Whether in an urban environment or deep in the uncharted woods, a knife is undoubtedly one of the most important and most useful tools anyone can have on their person. 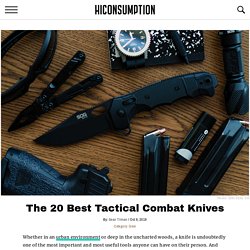 And that doesn’t change in the case of an emergency, survival, or self-defense situation. Of course, while the best knife for the job is the one you have on you, it definitely helps if that blade was built for just such an occasion. Thankfully, there are a ton of options on the market for sturdy tactical combat knives suited to dire circumstances. Power Wheels: 10 Best 6x6 Trucks For Adventure. 15 Best Emergency EDC Tools For First Responders. A Different Kind Of Multi-Tool Emergency Functionality While most multi-tools are generally useful — packing sometimes dozens of functions into a folding, pocket-friendly format — there are a few specific tools we were looking for in these offerings to rank them amongst the best pieces of first responder EDC gear. 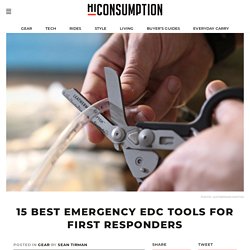 Terradyne Gurkha CIV Armored Vehicle. If there’s any brand out there that knows how to build a no-holds-barred completely badass armored vehicle, it’s Terradyne.

Our one issue: most of their offerings are geared toward the military and law enforcement and are, therefore, not suitable for civilian use. Lucky for us, they just unveiled a special limited edition armored transport called the Gurkha CIV. Made especially so that anyone with the scratch could purchase it, military and law enforcement credentials or not, this monster is a serious urban commuting tank. Originally a Ford F550, this beastly beauty boasts a 6.7-liter V8 turbo diesel engine capable of 330 horsepower and a supremely enticing 750 foot-pounds of torque. That power plant pairs perfectly with its full body armor, gargantuan all-terrain tires and off-road suspension, front-end winch, window cages, 360-degree lighting rig, etc.

Learn More: Here. RMJ Tactical Jungle Dagger. While there are a lot of knives out there – both fixed blade and folding – that are tough enough for daily use, special circumstances call for something a bit more rugged.

For instance, when making your way through uncharted territory, your knife is a lot more than just a cutting tool – it’s your best means of survival. And it’s for those types of situations the RMJ Tactical Jungle Dagger was built. Silent Protectors: 12 Best Special Forces Knives. Special operations forces are comprised of soldiers trained to be some of the most lethal and intelligent human weapons on the planet.

They’re unflinching heroes tasked to execute any objective despite the chaotic curve balls fired their way. Special forces soldiers can be rescuers, protectors, and when needed, grim reapers with silent precision. They transform into whatever the mission needs them to be to protect our freedom, so every piece of their gear needs to be doomsday ready, especially their last defense knives. A well-designed blade can be a worthy companion and savior for any soldier.

Designed specifically for combat, the knives on this list are built to operate in the lowest depths of hell. Hultafors x Hults Bruk Ovako Axe Collection. If there’s anybody that knows how to make a good woodcutting tool, it’s the Swedes. 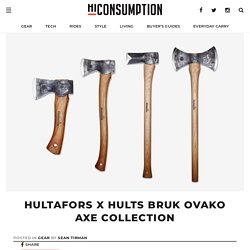 So when two long-time Swedish brands team up on said tools, it’s definitely something worth checking out. Heimplanet Inflatable Backdoor Tent. Heimplanet is a global name in the camping gear industry. 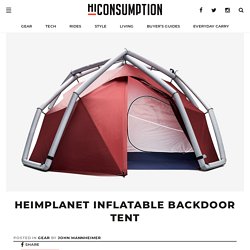 Their latest contribution is the Backdoor Tent, a four person inflatable frame tent with a unique design, and an incredibly wide range of uses. This is one piece of camping gear that is destined to last for the long haul. Structured by that notable exoskeleton that reminds one of PVC pipes, the Backdoor’s unique build is set up with relative ease, in comparison to conventional pole tents.

Simply unroll the diamond grid tent and inflate until its ready for use. The interior flaps are arranged in such a way that the outer tent touches the ground, and the inner tent resides inside, giving campers two layers to buffet cold weather, and thereby making the Backdoor perfect for all seasons. Fjord Whisky Glasses. Whisky is a beverage that invokes the spirit of Scandinavia.

The smoky drink is certain to put hair on your chest. It’s only appropriate that the glass from which you sip your amber nectar is a worthy receptacle. Fjord Whisky has created just such a grail, with the Fjord whisky glasses, emulating the inlets of Norway. Made from lead-free, beautiful crystal and coming in a solid oak case, the Fjord Whisky glasses channel a rich history.

AutoAdvance Hybrid Hammer Nail Gun. Of all the tools a person should own, the hammer is definitely one of the simplest and most important. Unfortunately, due to its manual nature, it’s also one of the more dangerous tools in the box. But that’s all going to change thanks to the AutoAdvance hybrid hammer-nail gun. It took six long years and at least as many prototypes to get it working, but inventor Michael David Young finally managed to create a manually-operated hammer that doesn’t require the user to hold the nails in place. Rather, in a similar fashion to a nail gun, it accepts a bundle of collated nails and auto-dispenses them as needed. Nitecore Tiny Monster TM10K Flashlight. When it comes to everyday carry, outdoor, and survival applications, Nitecore is one of the biggest names in portable illumination. And there’s good reason for that, as evidenced by their newest release: the TM10K Flashlight. Small enough to fit in the palm of your hand, this little torch has an absurdly powerful maximum output of a whopping 10,000 lumens.

For reference, most household flashlights are only capable of around 60 lumens. And while output alone is enough to put this bad boy on our radar, it also has a number of other impressive features. Suunto 9 Outdoor GPS Watch. As one of the most reliable names in multi-sport utility watches, Suunto’s latest creation encapsulates their signature dependability. In fact, the Suunto 9 shatters all expectations for a GPS watch, with convention-defying endurance specs, perfect for those who adventure into unknown territory. Whether you’re trail running or forging deep into the forested wilderness for days at a time, you don’t want to become in the wild.

Super Shelters: 15 Best Large Camping Tents. Handyman Essentials: 40 Tools Every Man Should Own. Even if the extent of your handyman skills boil down to simply tightening some screws or hammering a few nails, you still need some tools to get the job done right. And, if you’re like us, those tools will end up being less an end all be all and more like a gateway to acquiring more fixer skills.

But where does one begin in the vast world of tools, you might ask? Well, we have an answer: right here. While the Home Depots and Lowe’s of the world can seem vast and increasingly intimidating, we’ve gone to great lengths to put together the following collection of what we believe are the 40 tools that every man should own. Gamer Goggles: 10 Best VR Headsets. There was a time when virtual reality was little more than a pie-in-the-sky dream of computer programmers and sci-fi fanatics.

Now, however, it’s becoming more and more clear that VR has a solid place in the future of entertainment – and we don’t just mean video games, but feature films, television, and more, as well. In fact, virtual reality has actually advanced to the point where you can indulge in this totally immersive tech even if you don’t have a gaming system or a computer. If you’re looking to get on board with this next-level future-vision of entertainment, however, it can be difficult to know where to start.

Ka-Bar Mark 98 Folder Knife. Rogue Fitness The Load Trainer. In Dragon Ball Z, Goku trained for intense battles by working out in increased gravity. Unfortunately, those workouts take place in a sci-fi universe and aren’t realistic for the average person. Luckily, you can still kick up your workouts in a similar fashion thanks to the Rogue Fitness Load Trainer. Brawler Bred: 12 Best Punching Bags. Boxing is a combat sport that allows you to tap into your animalistic side and learn about yourself on a raw level, while being one of the best workouts you can do.

Now, if you’re looking to get started in competitive boxing, or if you’re just picking it up as your main workout, you’re going to need quality punching bags so you can increase your endurance, build your power and practice your combos. Bunka Black Japanese Chef Knife. Lap Tough: The 8 Best Rugged Laptops. Laptops are built to be mobile. Tops Knives Operator 7 Fighting Knife. The Complete History Of Fighting & Combat Knives. In all likelihood, the knife is humanity’s oldest tool – or at least some version of a handheld cutting device is. Yoshihiro Aonamiuchi Blue Steel #1 Yanagi Kiritsuke Sushi Sashimi Japanese Knife Yew Wood Handle with Magnolia Saya Cover – Yoshihiro Cutlery. Combar Outdoor Multi-Tool. We love the idea of a multi-tool – a folding device that can tackle a wide variety of tasks any of its individual components would be unable to handle on their own. Unfortunately, most of them are woefully unequipped for the kinds of hard use outdoor tools see regularly.