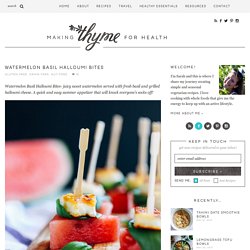 A quick and easy summer appetizer that will knock everyone’s socks off! Yesterday I told you how much I love cheese while sharing a vegan recipe…makes sense, right? I know it doesn’t, but it’s true. Cheese is hard for me to give up. It is the only dairy we eat at home these days and it’s usually not more than twice per week. One cheese that I like to treat myself to in the summertime is halloumi (pronounced hal-umi) which originates from Cyprus and is typically made from sheep and/or goat milk. Sweet Potato and Red Beet Chips — Madeline Lu. I am super excited to announce the start of my food contribution at The Chalkboard Magazine, which is one of the best food, wellness and lifestyle online magazines out there. 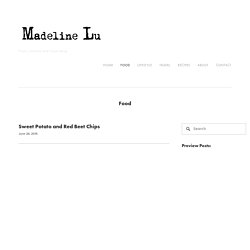 It is such an honor to be part of it. Here is the first recipe I shared: Sweet Potato and Red Beet Chips. We all heard about the superpower of beet and sweet potatoes and know how much benefits we would get by eating them. But how do you get your kids to eat them? Well, easy, make them into crispy chips! (Serve 1-2 person) What you'll need: 2 large beets, peeled1 medium-sized sweet potato, thoroughly scrubbled.1 tbsp olive oilMaldon salt or sea salt, to taste1 sprig of rosemary, roughly chopped How it’s made: Preheat oven to 400°F or 200°C and line two baking sheets with baking paper.Use knife or mandolin to cut beets and sweet potatoes into thin slices.Place slices in a large mixing bowl, then add olive oil and rosemary.

After School Apple Pies. I told Ryan I had made apple pies. 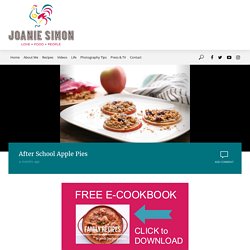 His ears perked up, expecting a slice of homemade apple pie. Poor fella was a little disappointed when I produced a napkin with one of these after-school apple “pies”. On the other hand, minutes later I asked Blaise if he wanted to build his own apple pies. He dashed in and went to work, deliberately assembling granola on top of the apples I had sliced. Though, not a replacement for granny’s apple pie, it’s a sweet healthy treat that you can let the kids assemble themselves. Certainly, you could go a bazillion different directions as far as the toppings go. I really liked the granola I grabbed at the store. In terms of the sunflower butter spread that I used here as the “sauce” as Blaise referred to it, you could schmear it on like you do a bagel. Pesto Grilled Cheese Dippers with Marinara.

As the weather’s turning cooler, we’re gearing up for cozy foods and couch snuggling over here at A Couple Cooks. 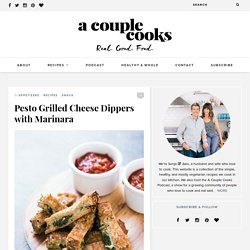 Alex and I have been burning through Gilmore Girls in preparation for the new season release in November, and Sunday afternoons are ripe for football. This year, we even joined a fantasy football league with our neighbors — which incidentally has made the football season much more enjoyable, even for a disinterested “fan” like me. Spicy Sweet Potato Fries with Coconut & Lime Avocado. A basic granola bar recipe for autumn to come. School started last week. 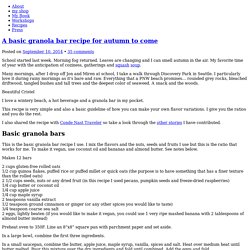 Morning fog returned. Leaves are changing and I can smell autumn in the air. My favorite time of year with the anticipation of coziness, gatherings and squash soup. 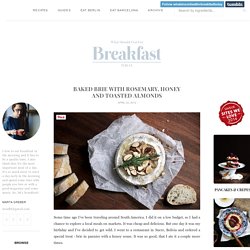 I did it on a low budget, so I had a chance to explore a local meals on markets. It was cheap and delicious. But one day it was my birthday and I've decided to get wild. I went to a restaurant in Sucre, Bolivia and ordered a special treat - brie in pannier with a honey souse. During the weekend I’ve been going through some old pictures and I found one from the restaurant. You will need: ¼ cup honey4 tsp water1 sprig of rosemary¼ cup sliced almonds, toasted 1 brie roundbaguette to serve Preheat an oven to 175°C In a small pot, over a low heat combine the honey, rosmary and water. In the brie cut out the top skin, leaving around 1,5 cm border. Serve when still hot with a fresh baguette.

Enjoy, Marta Source: The jewels of ny. Quinoa cakes with eggplant and tomato topping plus... August 08, 2012 I’d like to present another proposition for a weekend breakfast, or maybe not necessarily. 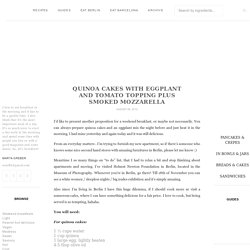 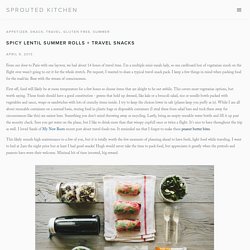 A version of these. good greens bars: these are the emergency snack. SQUASH + GOAT CHEESE EMPANADAS. Preheat the oven to 425'. 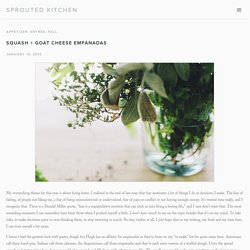 Follow the dough recipe according the link provided. Wrap it up and keep chilled in the fridge. This cane be done a day in advance. Cut the squash in half lengthwise. Lettuce Salsa Wraps. Summer is finally here! 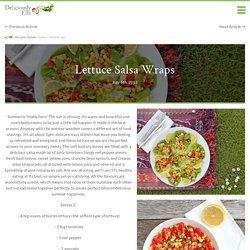