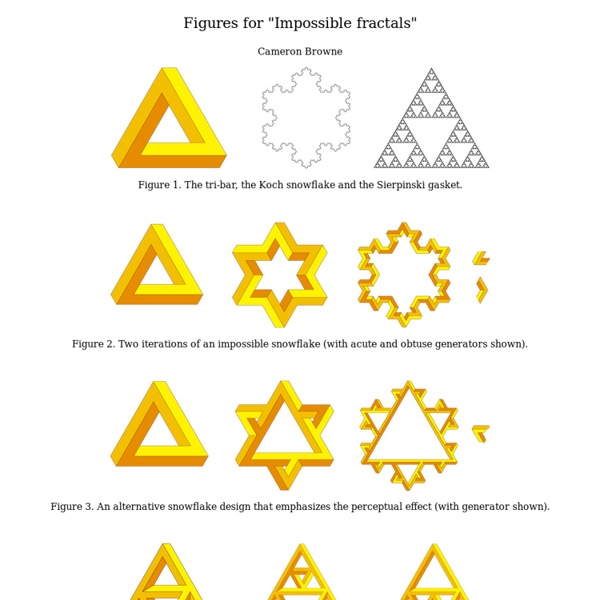 bubbling fractal world gallery fractal world gallery pure flame fractals, fractal flame composites, fractals, etc.www.enchgallery.com bubblingFraxflame fractal by Cory Ench 2001 © LAST NEXT fractal world thumbnails www.enchgallery.com Even Imperial Stormtroopers Need a Break ~ Kuriositas - Nightly Thinking Unconventionally A Letter from a College Professor Some time ago I received a call from a colleague, who asked if I would be the referee on the grading of an examination question. He was about to give a student a zero for his answer to a physics question, while the student claimed he should receive a perfect score and would if the system were not set up against the student. The instructor and the student agreed to an impartial arbiter, and I was selected. I went to my colleague's office and read the examination question: "Show how it is possible to determine the height of a tall building with the aid of a barometer." The student had answered: "Take the barometer to the top of the building, attach a long rope to it, lower it to the street, and then bring it up, measuring the length of the rope. I pointed out that the student really had a strong case for full credit since he had really answered the question completely and correctly. At this point, I asked my colleague if he would give up. "Of course.

Download useful, free GIMP plugins GIMP, the free and open-source image editor, is often blamed for its lack of polish in its interface. However, with sufficient addons (particularly plugins), you can achieve a lot of functionality found in other editors. Our previous GIMP plugins post looked at best plugins for web design, photography etc. In this second roundup, we will take a look at plugins that bring Photoshop’s features to GIMP. This is significant, because GIMP typically draws a lot of flack for not having many of Photoshop’s functionality. You might also want to read our previous posts on GIMP: These are GIMP 2.6 -compatible and tested plugins, but they would likely work for older versions too. Wavelet Denoise: Reduce noise in each channel of an image separately GREYCstoration: Removes grains or small artefacts (JPEG blocks effect) from images. Liquid Rescale: Brings Photoshop’s content aware scaling to GIMP. Image Subdivide Image subdivide: Divide image into specified number of rows and columns and save any part.

Amazing Stuff! Ongs Hat: Gateway to the Dimensions! A full color brochure for the Institute of Chaos Studies and the Moorish Science Ashram in Ong's Hat, New Jersey. YOU WOULD NOT BE READING THIS ARTICLE if you had not already penetrated half-way to the ICS. You have been searching for us without knowing it, following oblique references in crudely xeroxed marginal samizdat publications, crackpot mystical pamphlets, mail-order courses in "Kaos Magick"—a paper trail and a coded series of rumors spread at street level through circles involved in the illicit distribution of certain controlled substances and the propagation of certain acts of insurrection against the Planetary Work Machine and the Consensus Reality—or perhaps through various obscure mimeographed technical papers on the edges of "chaos science"—through pirate computer networks—or even through pure syncronicity and the pursuit of dreams. In any case we know something about you, your interests, deeds and desires, works and days—and we know your address. Where is Ong's Hat?

Dragon A dragon is a legendary creature, typically with serpentine or reptilian traits, that features in the myths of many cultures. There are two distinct cultural traditions of dragons: the European dragon, derived from European folk traditions and ultimately related to Greek and Middle Eastern mythologies, and the Chinese dragon, with counterparts in Japan (namely the Japanese dragon), Korea and other East Asian countries.[1] The two traditions may have evolved separately, but have influenced each other to a certain extent, particularly with the cross-cultural contact of recent centuries. Name Dragon head on a roof of a temple in Taiwan The word dragon entered the English language in the early 13th century from Old French dragon, which in turn comes from Latin draconem (nominative draco) meaning "huge serpent, dragon," from the Greek word δράκων, drakon (genitive drakontos, δράκοντος) "serpent, giant seafish". Morphology Comparative mythology Europe Greek mythology European Slavic dragon Persian