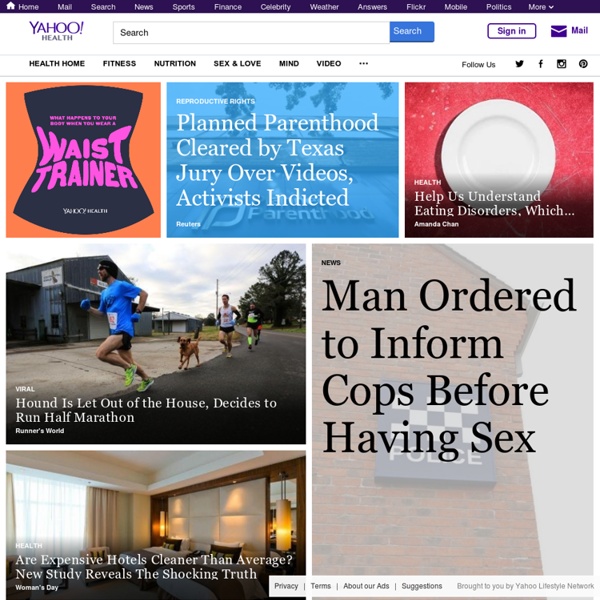 Dylan Klebold Biography Along with Eric Harris, Dylan Klebold shot and killed 13 people and injured 20 at Columbine High School on April 20, 1999. Synopsis Dylan Klebold was a child of upper middle class parents, considered gifted in grammar school. Tim Hortons Employees Refuse to Allow Boy to Call 9-1-1 Are you familiar with the Tim Hortons restaurant chain? I was introduced to it a few years ago during a trip to Canada. For those of you who are not familiar, it’s basically a fast-food chain with coffees, pastries, and sandwiches, and it’s on practically every corner in parts of Canada. Everything In July of 2011, we launched Tattly with 15 designs and one set that included all of them. In July 2012 for our first birthday, we brought it back with over 240 designs. Now, once again we're making an Everything Set with over 300 Tattly designs.

DIY Your Own Voice Controlled Lights Two quick things: There is a thriving knockoff market for Arduino boards and shields on eBay (a nano clone is less than $10) and many are pretty good quality. For a lot of my single purpose projects, I've started using Arduinos to program ATTiny chips rather than dedicating a dev board - works for more projects that I expected and the dedicated cost is ~$2 for the chip + whatever components you need. Healthy Peanut Butter Cups By Karielyn, on February 7th, 2013 Who would believe me if I told you these healthy, vegan peanut butter cups only had 4 ingredients? What, no show of hands? ^^ Dylan Bennet Klebold ^^ Born: 9-11-1981 6 feet 2.5 inches tall, 143 lbs. 17 year old son of Mr. Thomas Klebold (then 52) and Mrs.

Clever Ideas to Make Life Easier Here are clever ideas to make life easier. To see the complete list of 25 go here. You can pin the pics directly to Pinterest by hovering your mouse over the pic then clicking the “pin it”! Via: amy-newnostalgia.blogspot.com Build Your Own Electronically Powered Self-Watering Plant System For those that want an off-the-shelf option I bought one of these and I love it for the most part: The reservoir is 6.6 gal so it is huge which is a good and bad thing. Also it is gravity based so somehow you have to manage to lift the 6.6 gal box above all your plants.

Watermelon Lime Sorbet Slices A sweet and tangy watermelon lime sorbet is a great way to cool off in the summer. As a bonus, this recipe is frozen back in the watermelon rind and cut off into slices. It’s hot. Eric Harris and Dylan Klebold Eric David Harris (April 9, 1981 – April 20, 1999) and Dylan Bennet Klebold (September 11, 1981 – April 20, 1999) were the two American high school seniors who committed the Columbine High School massacre. The pair killed 13 people and injured 24 others, three of whom were injured as they escaped the attack.[1][2] The two then committed suicide in the library, where they had killed 10 of their victims.[3] Background Eric Harris Eric David Harris was born in Wichita, Kansas. The Harris family relocated often, as Eric's father, Wayne Harris, was a U.S.

BEST-EVER Chewy Chocolate Chip Cookies Readers, whatever you're doing, stop. Right now. Make these cookies NOW. Hack Your Door to Lock and Unlock via Text Message @hahn: I don't know about all that. With the right safeguards in place, I think this would be secure enough for my tastes: 1. Ensure it only responds to messages from ones' own phone. No-Churn homemade icecream This ice cream recipe has only four ingredients, takes less than 10 minutes to make, and will leave you wanting more every time. Grab 5 fresh strawberries. You can use any fruit you like, or add 1 teaspoon vanilla extract and top with hot fudge. Wash and slice the fruit, then put it in a food processor.

Forgiving my Columbine High School friend, Dylan Klebold The last time Chad Laughlin saw his buddy Dylan Klebold, the two almost smashed into each other in the parking lot of Columbine High School. Laughlin was driving his Mistubishi Galant, headed off-campus with a friend for lunch. Klebold, wearing his black duster, was barreling into the lot in his Beemer. Laughlin flipped him off, by way of a good-natured greeting, then tore out of there.