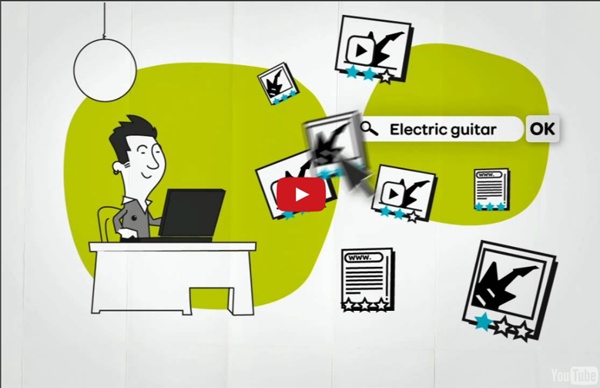 Meta! Here’s how Storify looks telling the story of Storify At the TechCrunch Disrupt conference this week, one of the new tools to emerge — besides, that is, Lark, the new app that wakes you “silently, without a jarring alarm” — was Storify. Founded by Burt Herman (a former AP reporter and founder of the journotech meetup group Hacks/Hackers) and developer/entrepreneur Xavier Damman, the platform promises a new way to leverage the real-time power of social media for creating stories. It’s doubling down on the increasingly common assumption that the future of news will demand curation on the part of news producers. How does it work? With the caveat that the platform’s still in closed beta, it seems only appropriate to write the rest of this story using Storify. Conclusion?

25 ways to use Facebook, Twitter & Storify to improve political coverage Social media has become a powerful tool for journalists covering elections. It’s given journalists a way to see how politicians and campaign staffers are interacting with voters and sharing news. And it’s helped them find local voters and get a better sense of what their audience wants in election coverage. As the Republican primary season intensifies, here are 25 tips on how journalists can use Facebook, Twitter, Storify, Google, LinkedIn and other tools to improve coverage leading up to — and on — Election Day.

Bicoastal Bred Earlier this week, my group presented our team teaching presentation on Social TV in my social media class, #NewhouseSM4. Our presentation focused on the growth of integrating social media applications while watching television. The Social TV apps we focused on included GetGlue, SocialGuide, Trendrr and Miso. Our group created a unique hashtag, #AKASocialTV, which we used throughout the semester to identify tweets regarding our project and Social TV in general. I used a lot of new tools to collaborate with my team members including Pearltrees, Storify, G+ Hangouts and Slideshare.

LinkedIn Launches iPad App, Takes New Direction The world's largest professional social network just got a wider reach — and it wants to be in front of your face for more of the day. Skype Makes Facebook and Twitter the Enemy, Uses Enemy to Promote Itself Technology is changing the way people think and operate, but is it also degrading humanity? That's the premise behind Skype's new $12 million marketing campaign, which slams both Facebook and Twitter as it promotes its own more-intimate form of keeping in touch. The campaign, "It's time for Skype," makes virtual enemies out of Facebook and Twitter with targeted ads that suggest the social networking sites are "degrading humanity." If Twitter is known for its 140-character limit and Facebook for its wall posts, Skype's authority is that its video conferencing — and the real emotions that it can express — bring people back to a (more) real world. The ads, released in the U.K. on April 2 and expected to hit the U.S. in the coming months, include the following catchphrases:

The curator attributes and skills What skills do I need to have if I want to be an effective real-time news curator? Can I just pick the best headlines and links on my topic of interest or do I need to do know / do more? What makes a great news curator stand out from those who do automatic aggregation or from bloggers who create simple news stories lists? Photo credit: thesuperph In the previous parts of this Guide to Real-Time News Curation I have looked at what are the key problems giving way to the emergence of real-time news curation, at the differences between automatic aggregation and filtering and human-powered manual curation.

Job seekers getting asked for Facebook passwords SEATTLE (AP) -- When Justin Bassett interviewed for a new job, he expected the usual questions about experience and references. So he was astonished when the interviewer asked for something else: his Facebook username and password. Bassett, a New York City statistician, had just finished answering a few character questions when the interviewer turned to her computer to search for his Facebook page. But she couldn't see his private profile. She turned back and asked him to hand over his login information. Bassett refused and withdrew his application, saying he didn't want to work for a company that would seek such personal information. Blog Archive » LeWeb10 and the curation topic Looks like curation has been one of the keyword of LeWeb10. Exactly one year after Pearltrees beta release, the activity we used to call human organization of the Web has not only find its word but also its way. Sure, Pearltrees is steadily growing, reaching 100.000 uniques and more. But it goes far beyond that: masses of new startups are quickly populating the curation field.

France Shooting Suspect Tracked Down Through IP Address French police have tracked down the "scooter shooter," who allegedly murdered seven people in a two-week killing spree in the name of al Qaeda, through an IP address. Mohamed Merah, 24, is suspected of shooting three children and a rabbi Monday in the southwestern city of Toulouse at a Jewish school. He also shot three French soldiers of north African descent in two separate events on March 11 and 15. Legal Blogging: How to Craft the Right Strategy Kevin O’Keefe is CEO and publisher of LexBlog, the leading provider of professional turnkey blog and social media solutions. The LexBlog Network (LXBN), with over 7,000 lawyers and other service professionals, is the largest network of professionals blogging. For the better part of a decade, law firms have successfully used blogs to bring in high-quality work.