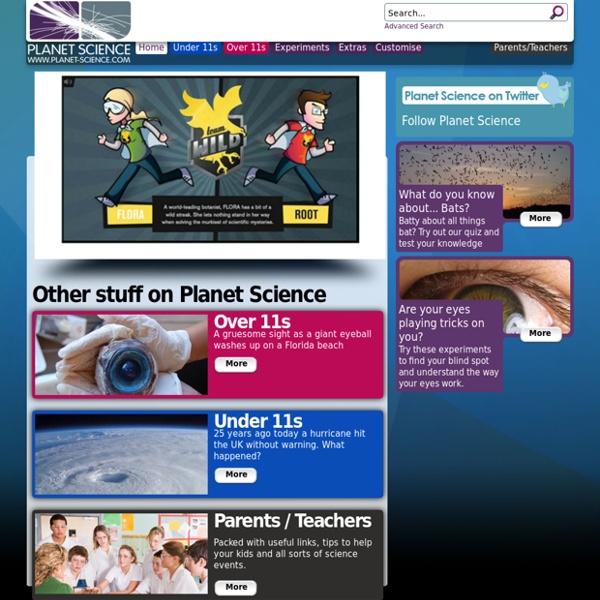 Brain Tour | Your Amazing Bran The first stop on the virtual brain tour takes a look at the three main parts of the brain, the cerebral cortex, the cerebellum and the brain stem. It also explores the four brain lobes: the frontal lobe, the parietal lobe, the temporal lobe and the occipital lobe. The first part of the brain to evolve some 500 million years ago was the brain stem. It is also known as the reptilian brain or lower brain. The cerebellum evolved about 400 million years ago and is also known as the hind brain. The limbic brain (we will explore this brain in detail later) was the third part of the brain to evolve between 300 and 200 million years ago and is sometimes called the mid brain. The final part of the brain to evolve was the cerebrum (cerebral cortex), also called the upper brain. Each half of the cerebrum is split into four lobes. Parietal Lobe The parietal lobe deals mainly with functions connected with movement, orientation, calculation and certain types of recognition. Occipital Lobe Cerebellum

Stellarium Today In Science History The Scream by H. Briscoe The Scream The heat was unbearable. The sun was stopped in the middle of the sky, refusing to move, firing missiles of heat down. You could almost see them as rippling waves that bounced off the black concrete paths, and feel them as they reflected up and hit you. If only there were grass, she thought, perhaps it wouldn't be so bad. In the huge theme park, everything was manufactured - angular, flat surfaces, and shiny polished metal. They'd tried to escape the oppressive heat, and crowds of determined people, forcing their way in front to queue for drinks and rides, or grab a seat for an unmissable show. The lemonade was lukewarm and had lost its fizz from being carried around all morning. The main path stretched endlessly on in a circular route around the park, but other smaller tracks came off of it following the yellow arrows on the signposts. "I don't think so, Mary," Mum said, as Mary opened her mouth to speak. "Oh, go on Mum," Mary pleaded. "No," she mumbled. "Okay," Anna said.

50 Really Cool Online Tools for Science Teachers A 21st-century education revolves around the Internet for everything from collaboration, tools, lessons, and even earning degrees online. If you are looking for ways to integrate online learning into your science class or science degree programs, then take a look at these cool online tools that are just perfect for both teachers and students. Science Tools to Use with Students These tools offer opportunities for learning about climate, cells, the human body, nature, and more. ChemiCool. Share this periodic table with your class for an easy to use tool with information on each of the specific elements.GPS Activities and Lesson Plans. AP Tools Whether you are setting up a new AP curriculum or are just looking for additional material to use with your AP science students, these tools will help. Advanced Placement Biology. Websites and Resources for Science Teachers These websites are chock full of amazing resources and tools for science teachers. Discovery Education. Calculators Online Games

Virtual Microscope Weekend Weekend Submitted by admin on 8 July, 2009 - 14:28 'Weekend' is a short story by the author Fay Weldon, and published by Penguin in 'Modern British Short Stories'. It originally appeared in 'Cosmopolitan' magazine in 1978. This version of the BritLit kit was significantly revised in 2009. About this BritLit Kit'Weekend' concerns a middle class family from London with three children spending a weekend in their country cottage. The themes that can be drawn from this 5,000 word story include 'the Family', 'Personal relations' and aspects of sexism or sexist behaviour. This kit has been rewritten from the original 2003 version, which was much longer. The materials in this BritLit Kit are available to download in the Attachments box below. Fay Weldon reading 'Weekend'Printer-friendly version