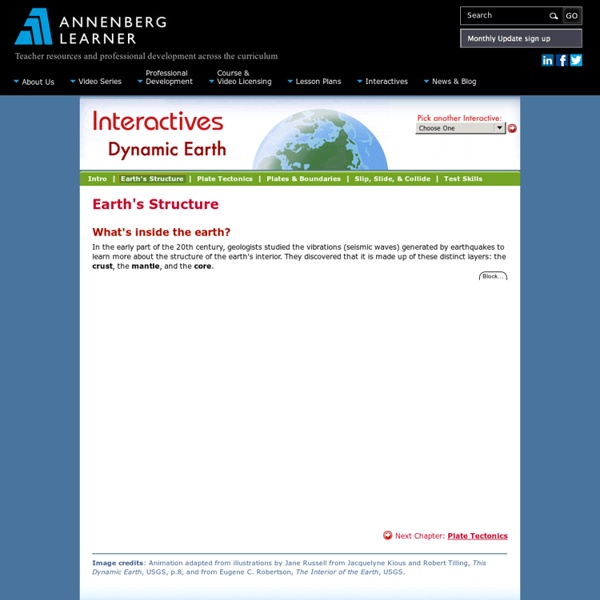 1. The internal structure of Earth by on Prezi Evolution of Humans: Developed world and Developing world « Exploring the Endeavors of Human Civilization ……. Recently a British genetics expert, Steve Jones stated that humans in developed world have stopped evolving, because people there in western countries need not struggle for there survival and the famous theory of Darvin “survival for the fittest” doesn’t come into picture. And he didn’t miss saying that the evolution hasn’t stopped in the developing world, because people there have to struggle for survival. I am no expert in the evolution theory of genetics, nor have I studied biology beyond matriculation, nor I want to challenge the British expert because I am not qualified enough, but I cant suppress something in me which tend to disagree. This seems to be a loose statement and I differ and would like to raise some points He says that humans in developing countries stopped evolving because they need to struggle for survival. Or can anyone say it for sure that all people in developed countries need not struggle for survival. Like this: Like Loading...

Introduction to Ocean Sciences, 2e Ocean science is an interdisciplinary field, one that involves physical, chemical, biological, and geological processes. Here you can see some of those processes in action. The following animations were developed by Stephen Marshak for Earth: Portrait of a Planet, Second Edition. If you are interested in learning more about geology and earth sciences, go to www.wwnorton.com/college/geo/earth2. View animations related to these chapters: Chapter 4. Chapter 5. Chapter 8. Chapter 10. Chapter 13. 2. MInerals and physical properties by on Prezi Forbidden Knowledge from TimeTravelResearchCenter Website Spanish version The False Front Temporal anomalies are scattered throughout the world -- things that could not possibly belong to the time period in which they were found. This forbidden knowledge is being protected and hidden from all of us. Today’s popular view of modern human presence in the distant past is a false front. Why has the scientific establishment and government suppressed and ignored these remarkable finds? As you study the forbidden knowledge on these pages a whole new truth will emerge and become apparent to you... the truth that the earth was visited or inhabited by modern humans using advanced technology long before the appearance of the first humans as the history books write today. The chart above presents the accepted scientific view of evolution on this planet... From where, or perhaps "when," were advanced civilizations visiting our past thousands or millions of years before man appeared on the earth? Cenozoic Era Proof Dr.

Compiti a casa e studio Help - aiuto gratis con il tuo algebra, biologia, scienze ambientali, governo americano, storia americana, la fisica e la religione compiti a casa Can I take a course at HippoCampus for credit? How do I enroll in a course at HippoCampus? Are there any fees to take your courses? How do I make a comment or ask a question? How do I get individual help with my homework assignment? What are the preferred texts? How can I use HippoCampus in my classroom? How can I use HippoCampus in my home school? Can I use the resources you have available for my homeschoolers? Do you know of any wet lab resources to accompany HippoCampus content? Is there a script, app, or something that can be used to track student use of HippoCampus? Can I share my HippoCampus content with my fellow teachers? Can I download the video? Can I change the size of the video window? Why won't the Environmental Science animations play? What if my page scroll bars or "submit" button are not showing? I can't find closed captioning. Where does the content from your site come from? There is an error in the multimedia presentation. How do I report a course errata item? No. AP Course Ledger

Earth's Continental Plates - ZoomSchool.com All About Plate Tectonics:Earth's Plates and Continental Drift The Earth's rocky outer crust solidified billions of years ago, soon after the Earth formed. This crust is not a solid shell; it is broken up into huge, thick plates that drift atop the soft, underlying mantle. The plates are made of rock and drift all over the globe; they move both horizontally (sideways) and vertically (up and down). The map of the Earth is always changing; not only are the underlying plates moving, but the plates change in size. Earth's Major Plates: The current continental and oceanic plates include: the Eurasian plate, Australian-Indian plate, Philippine plate, Pacific plate, Juan de Fuca plate, Nazca plate, Cocos plate, North American plate, Caribbean plate, South American plate, African plate, Arabian plate, the Antarctic plate, and the Scotia plate. PLATE TECTONICS The theory of plate tectonics (meaning "plate structure") was developed in the 1960's.

3. What is a rock Pre-Adamic man: were there human beings on Earth before Adam? | Vol 24 | Creation Magazine stock.xchng: hisks & Flickr: wayfaring stranger by Russell Grigg Could there have been human creatures, commonly called ‘pre-Adamites’, living on Earth before God created Adam? Many readers, no doubt, will think this a foolish question, but it is, in fact, the belief of many evangelicals. And leading ‘progressive creationist’ Hugh Ross teaches something similar when he says that ‘bipedal, tool-using, large-brained primates roamed Earth for hundreds of thousands (perhaps a million) years’.1 Ross does not believe in biological evolution, although he accepts cosmic and geologic evolution and the evolutionary timescale. Why did they ‘become extinct’? This is a classic example of the confusion that Christians get themselves into when they depart from the text of the Bible and allow outside influences, especially long-age naturalism, to dictate the meaning of Scripture. Pre-Adamism has a long history Pre-Adamism became the scientific justification for slavery and a defence for racism.