▶Layers of the Earth Rap 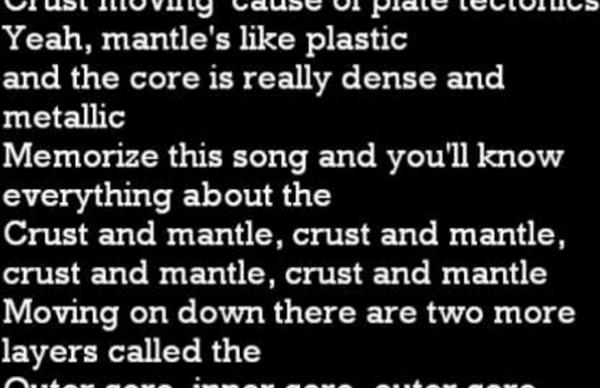 Introduction to Earthquakes Plate Tectonics - Earth Like a Puzzle - Children learn about plate tectonics, earthquakes, and volcanoes at this site in Scripps Institution of Oceanography by Nan Criqui Most people know that Earth is moving around the Sun and that it is constantly spinning. But did you know that the continents and oceans are moving across the surface of the planet? Volcanoes and earthquakes as well as mountain ranges and islands all are results of this movement. Less than 100 years ago, many scientists thought the continents always had been the same shape and in the same place. Putting the Puzzle Together... Plate Boundaries Kung Fu

What I think about when I think about thinking about running · The42 I STARTED RUNNING almost 18 months ago. If you think my next sentence is going to be: ‘So now I’m training for my first half marathon, after doing six 10ks and a handful of 5ks’, well, my friend, you have more faith in me than I do. I’ve racked up a grand total of two 5k races, and my usual runs are between 3k and 5k, depending on how I’m feeling and if I’m on a good running streak. I’m aiming to get to 10k before the end of this year, which, if you read any running blog or chat to any runner, probably seems very conservative for someone who’s been running for this long. But, as I’ve discovered, running really does show you who you are. And yet, somehow I manage to drag myself out for a run. As a novice lazy runner, these are the running truths as I now know them. You don’t need as much gear as you think – but you need some nice gear The usual advice is that you just need a pair of runners to get you out the door. Sometimes, you need to appeal to your own vanity to get motivated. Do you run?

History of deadly earthquakes Image copyright Getty Images Earthquakes have claimed hundreds of thousands of lives in the last 100 years, and improvements in technology have only slightly reduced the death toll. 25 April 2015 A 7.8-magnitude earthquake kills more than 8,000 people and leaves hundreds of thousands homeless, in the worst natural disaster to strike Nepal since 1934. 3 August 2014 Approximately 600 people are killed in a 6.1-magnitude earthquake that strikes Yunnan province in China. 15 October 2013 More than 200 people are reported to have died after a magnitude 7.2 earthquake strikes centrally-located Bohol and Cebu in the Philippines. 25 September 2013 More than 300 people are killed as a 7.7-magnitude quake flattens entire villages in Pakistan's remote south-western province of Balochistan, mainly in the district of Awaran. 20 April 2013 A powerful 6.6-magnitude earthquake kills at least 160 people and injured at least 5,700 in China's rural south-western Sichuan province. 11 August 2012 23 October 2011