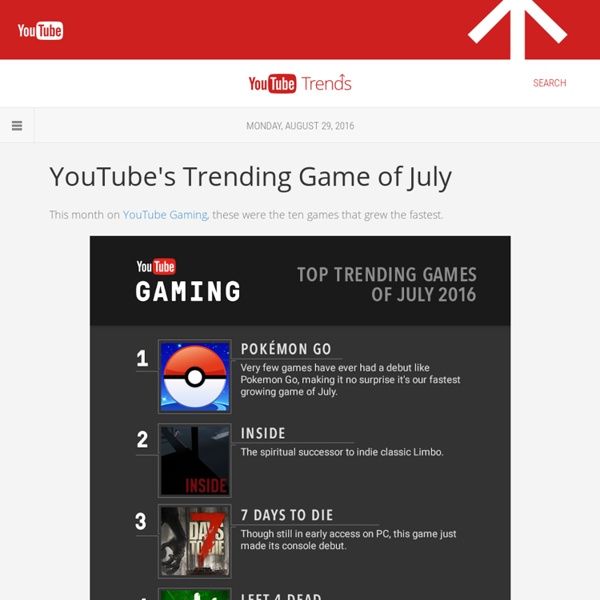 The first-ever YouTube Music Awards are live this Sunday evening at 6pmET and to celebrate, we did a little digging into the data behind some of the 2013 nominees, all of which were selected based on a series of viewership, subscriber, and/or engagement metrics. (To get all the details on the nominees read this or check out the YouTube Spotlight channel where you can also vote for the winners.) Video of the year is one of the categories drawing the most interest, and that's not really a surprise when you consider the 1.9 billion views these videos currently have combined. That's an average of over half a million views for every second of video. Here is daily viewership data (though, please note that we have cut off the initial "Gentleman" spike, which at a record 38 million views in a single day made this chart hilariously unreadable): The ten nominees for Artist of the Year drew nearly 10 billion views combined on their official videos between October 2012 and the start of this month.

YouTube Blog Independent Lens . AT HOME IN UTOPIA . The Film “This was all an experiment. The people that started the experiment thought, ‘We’ll end up with heaven on earth.’” —Paul “Pete” Rosenblum In the mid-1920s, thousands of immigrant Jewish garment workers catapulted themselves out of the urban slums and ghettos by pooling their resources and building cooperatively owned and run apartment complexes in the Bronx. Adjacent to the newly opened subway corridor and in the midst of empty fields, they constructed the United Workers Cooperative Colony, a.k.a. “the Coops,” where they practiced the utopian ideals of an equitable and just society. Learn how to go viral on Youtube This is the stuff that viral videos is made of, and the lucky winners like Justin Bieber who resonate enough of a buzz online to alert some talent scout who's watching his smart phone in Vegas, at his hot seat on a slot machine. Is also the ones whom are to be destined for Youtube greatness. Who knows, its a long shot at best, but in the end it beats drawing blanks on the ground with zero potential at all, and facing homelessness like tomorrow. This is why some of the weirdest, funniest, laziest, oldest, youngest, coolest, dumbest, nerdiest folks in the world or shall I just say billions of people; are currently sharing like wildfire there on Facebook and doing all that they could to create a flurry of FB likes, shares etc...

Mohawks - Kanehsatake 270 Years of Resistance From the playlist : Manifesto for Interventionist Media - because Art is a Hammer Manifesto Point # 1: The original project idea and goals come from the community partner. Kanehsatake 270 Years of Resistance is arguably Alanis Obomsawin's most important film, documenting the military 1990 siege of a Mohawk reserve near Oka, Quebec, and its causes. I chose this film here because the celebrated Abenaki filmmaker told me recently: "For me a real documentary is when you are really listening to somebody.

YouTube Creator Blog Stemming and lemmatization Next: Faster postings list intersection Up: Determining the vocabulary of Previous: Other languages. Contents Index For grammatical reasons, documents are going to use different forms of a word, such as organize, organizes, and organizing. Additionally, there are families of derivationally related words with similar meanings, such as democracy, democratic, and democratization. In many situations, it seems as if it would be useful for a search for one of these words to return documents that contain another word in the set. Film School - Filmmaking About this presentation In world with Vine, Snapchat, and Twitter, how can creatives capture attention to make their voices heard? In this 99U talk, best-selling author and founder of VaynerMedia Gary Vaynerchuk breaks down how our work can cut through our current “A.D.D. Culture” — One where we binge-watch entire television seasons in one sitting and prefer texting to phone calls. “We’ve gotten to a point where everything is on our time,” says Vaynerchuk, “So why is everyone storytelling like it's 2007 in a 2014 world?” The best digital storytellers, he says, use the social media to “hook” audiences in for the deeper stuff.

Stemming Stemming programs are commonly referred to as stemming algorithms or stemmers. Examples[edit] A stemmer for English, for example, should identify the string "cats" (and possibly "catlike", "catty" etc.) as based on the root "cat", and "stemmer", "stemming", "stemmed" as based on "stem". A stemming algorithm reduces the words "fishing", "fished", and "fisher" to the root word, "fish". On the other hand, "argue", "argued", "argues", "arguing", and "argus" reduce to the stem "argu" (illustrating the case where the stem is not itself a word or root) but "argument" and "arguments" reduce to the stem "argument".