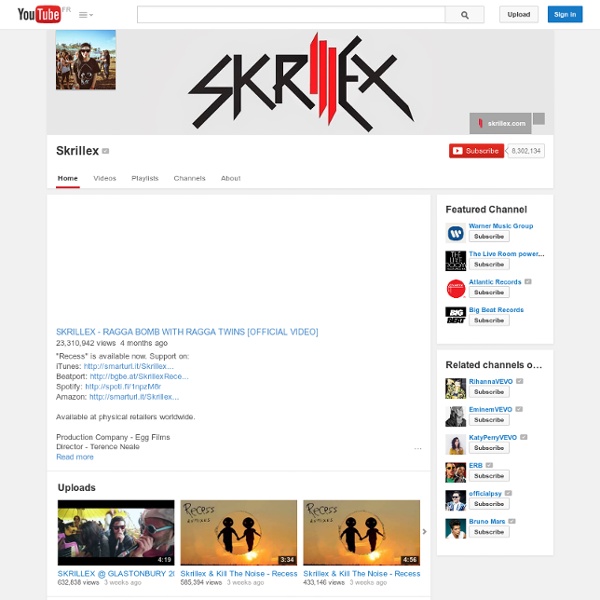 DemiLovatoVEVO Get “Body Say” on iTunes: Music: Play: Photography by Patrick Ecclesine // connect // Instagram: TheDDLovatoTwitter: this song is sick Posted in Bangin, Video by nick | Tags: 2014, Chance the Rapper, Hip-Hop, LIVE, Lollapalooza Chance the Rapper made a legendary return to his home city of Chicago after gaining a monstrous global following as he played a huge set at the trend setting Lollapalooza music festival. This Sunday's set was a very special one for the rapper as him and his Social Experiment band went through an impressive collection of all the favorites from his popular mixtapes and even managed to slip in a few unreleased new tracks. This was truly something special as the love for his home city resulted in some unreal chemistry.

littlemixVEVO Upload Subscription preferences Loading... Working... littlemixVEVO TiffanyAlvord My new album LEGACY is finally here!!! Thanks for the love & support!! :)JUNE 10th - "I Knew You Were The One" Music Video will be out, so save the date! Much love!! Jason Derulo Official HD Music Video for "Wiggle" featuring Snoop Dogg - Directed by Colin Tilley Jason Derulo's new Album 'Talk Dirty' is now available In Stores & on iTunes! The album features the smash hit singles "Talk Dirty", "The Other Side", and "Marry Me"; and also appearances from Snoop Dogg, 2 Chainz, Kid Ink, Tyga, and Jordin Sparks. Producers on the album include: Timbaland, Dr. Luke, DJ Mustard, Red One and Wallpaper. Tracklist:1.