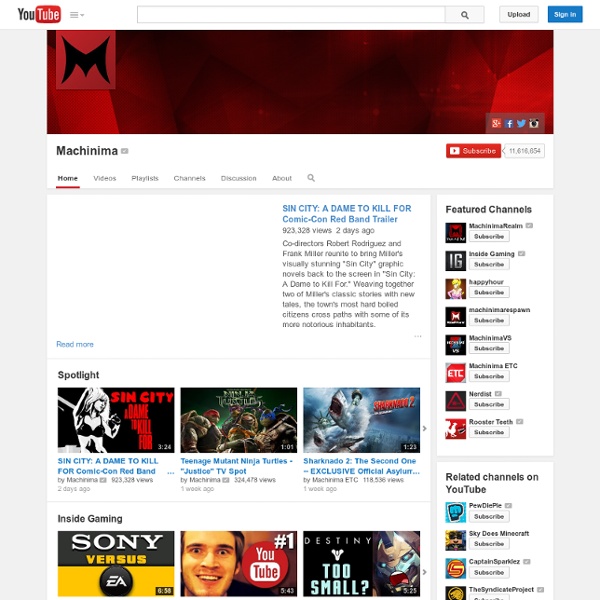 PSY Gangnam Style Youtube Success Sometime in life there are moments when people are super lucky, moments that shock the entire globe of viewers in certain circuits of people, and moments that you just have to give it up for unique individuals who have worked their tail end off to make it happen. Well, today such a moment has come, and the person who has achieved super heights of success that this article is covering, happens to be well known in over 30 differing countries worldwide as the worlds most popular guy, singer, dancer, song writer, rapper, pop singer, and many other cool music career categories. We present to you the readers of this article the PSY story.

Maker Studios Macy's and Maker Studios, the world's largest producer and distributor of online video content for millennials, today announced a collaboration to launch an original fashion-lifestyle series--"The Next Style Star." This unique program will feature 16 up-and-coming stylists battling head-to-head for a $10,000 cash prize, a chance to serve as a guest stylist on an upcoming Macy's photo shoot, and have his or her winning look featured in the Impulse Department at Macy's Herald Square in New York City. Macy's "The Next Style Star" will debut April 3 on Maker's fashion and beauty network, The Platform, and macys.com/stylestar.

Gangnam Style parodies and copycats Getting tired yet? After hearing the same song and watching the same videos day in and day out, after a while your eyes might wanna pop out, and your ears may fall off, but this song here seems to never get dry, the dance never fades for some odd reason, and the best thing is it all just got started. I think even the Pope himself, and the Dali Lama danced to this awesome song that PSY created. Man oh man I need to make a parody myself so I can join in on the potential viral action, but I think it shall be a fail for sure, because I don't have a lick of comedic expression in me to save my life. If I did, well I would be doing what our cool new friend PSY has done creating the most insane worldwide musical phenomenon ever known to man. Its safe to say that he's a genius, and I'm just a little ole rocket scientist type trying to earn a slow buck typing up a storm all day and night, because all other systems have failed me LMFAO.

Xfire Xfire is the leader in social gaming services for core gamers. In July of 2012, Xfire passed 22 million registered users. Xfire was founded in 2003 and acquired by Viacom in 2008 for $102 million. In August 2010 Xfire was spun out of Viacom by a private team of serial entrepreneurs and internet investors, including: Brock Pierce (IGE, Affinity Media), Mark Donovan (Titan Gaming), and William Quigley (Clearstone Venture Capital). The new team brings a wealth of experience, energy and focus that will further solidify Xfire’s leadership in the gaming space. Xfire has recently released a re-vamped website and new UI/UX on its desktop and in-game client.

Gangnam Style Reaction Videos On the news The Gangnam Style music craze has shocked the entire online world, as the crowds of Youtube fans are making their own videos now to share in the action of this new Korean Kpop phenomenon & like its going out of style. These super dedicated fans are reacting in many ways with what is known as "Gangnam Style Reaction" videos, as well as the most weirdest, and closely resembling parodies. This has become such a new age trend unlike any other on Youtube, and the viewers their are going crazy, because when you come to think of it, why not? These viewers do indeed make and have made Youtube what it is today, and even the CEO of Google was dancing in a cool video with the owner of the awesome original video there.

YouTube video-game channel Machinima aims for the next level - latimes.com With 125 million viewers watching more than 1 billion of its videos a month, Machinima may be the most-watched channel that's not on TV. The specialty channel devoted to video-game aficionados — which offers game walk-throughs, gaming news, exclusive trailers and original series — is the channel with the fourth most subscribers on YouTube, itself the world's third most popular website, according to online measurement firm ComScore Inc. Machinima may represent the next best hope of programming to the so-called Lost Boys, those young male consumers, once Hollywood's most dependable audience, who are increasingly reluctant to leave their video-game consoles and Facebook pages to watch movies and TV or listen to music. It may also rewrite the rules for Internet programming.

YouTube's Payout Was Revealed! As you surely know, YouTube is the most popular online video service that allows you to upload, share and comment movies using a simple website. Although it is regarded as an online video solution, YouTube represents a huge community of users that are continuously publishing and placing comments for certain movies, keeping the service updated periodically. In October 2006, YouTube was acquired by the search giant Google, the owner of the well-known search engine, sustaining its employees will improve the service several times to make it even more popular. Although YouTube was acquired to attract more users to the giant company, Google encountered a lot of federal problems, being sued for copyright infringement and for publishing videos without authorization. Google acquired YouTube for $1.6 billion, one of the most amazing investments ever made for an Internet company.

movieclips's Channel Home Alone movie clips: THE MOVIE:iTunes - Play - - Digital HD - miss the HOTTEST NEW TRAILERS: CLIP DESCRIPTION:Kevin (Macaulay Culkin) keeps laying down the punishment on the would-be bandits. FILM DESCRIPTION:Home Alone is the highly successful and beloved family comedy about a young boy named Kevin (Macaulay Culkin) who is accidentally left behind when his family takes off for a vacation in France over the holiday season. Once he realizes they've left him "home alone," he learns to fend for himself and, eventually has to protect his house against two bumbling burglars (Joe Pesci, Daniel Stern) who are planning to rob every house in Kevin's suburban Chicago neighborhood.