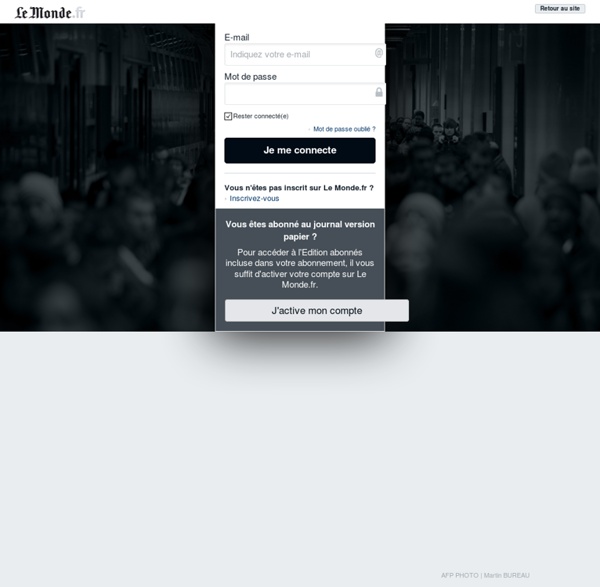 Millennials Are Screwed - The Huffington Post Eight, 10 people in suits, a circle of folding chairs, a chirpy HR rep with a clipboard. Each applicant telling her, one by one, in front of all the others, why he’s the right candidate for this $11-an-hour job as a bank teller. It was 2010, and Scott had just graduated from college with a bachelor’s in economics, a minor in business and $30,000 in student debt. At some of the interviews he was by far the least qualified person in the room. The other applicants described their corporate jobs and listed off graduate degrees. Some looked like they were in their 50s.

Time Hope Brown can make $60 donating plasma from her blood cells twice in one week, and a little more if she sells some of her clothes at a consignment store. It’s usually just enough to cover an electric bill or a car payment. This financial juggling is now a part of her everyday life—something she never expected almost two decades ago when she earned a master’s degree in secondary education and became a high school history teacher.

Fortune This story was produced with support from the Pulitzer Center on Crisis Reporting. MOST OF HIS NEIGHBORS are still sound asleep at 5 a.m., when Lukasa rises to begin his 12-hour workday. The slender 15-year-old, with an oval face and piercing stare, slips out of his family’s mud-brick home before dawn six days a week. Instant Noodle Longform Since its introduction to the Indonesian public in 1968 with the brand “Supermie”, instant noodles have slowly but surely become a significant part of the Indonesian diet. It has been categorized as comfort food, even marketed as an occasional replacement for daily breakfast, lunch or dinner. The word "instant" no longer accurately applies in "emergency cases" such as when time or resources are limited. The easy preparation method and variety of flavors carefully tailored to suit the average Indonesian palate have put instant noodles as a priority product to be packed when traveling, as well for stocking up at home. As noodles are in the carbohydrate family, they are also often used as a rice substitute as they pair well with vegetables and proteins such as eggs, corned beef and meatballs. Indonesians profess love of instant noodles

A Map of Every Building in America Most of the time, The New York Times asks you to read something. Today we are inviting you, simply, to look. On this page you will find maps showing almost every building in the United States. Why did we make such a thing? We did it as an opportunity for you to connect with the country’s cities and explore them in detail. To find the familiar, and to discover the unfamiliar. The Ballad of Geeshie and Elvie Listen to one of their songs Advertisement One of only two known records of“Motherless Child Blues,” sung by Elvie Thomas Facebook moderators break their NDAs to expose desperate working conditions KeithKeith Utley loved to help. First, he served in the Coast Guard, where he rose to the rank of lieutenant commander. He married, had a family, and devoted himself utterly to his two little girls. After he got out of the military, he worked as a moderator for Facebook, where he purged the social network of the worst stuff that its users post on a daily basis: the hate speech, the murders, the child pornography. Utley worked the overnight shift at a Facebook content moderation site in Tampa, FL, operated by a professional services vendor named Cognizant. The 800 or so workers there face relentless pressure from their bosses to better enforce the social network’s community standards, which receive near-daily updates that leave its contractor workforce in a perpetual state of uncertainty.

El Duque - "La Gran Fuga" arch 17, 1998 (St. Patrick’s Day)—a press conference to announce the greatest pitcher in modern Cuban history signing for $6.6 million over four years with the Yankees was held at Victor’s Café in Miami. The parking lot outside was crammed with news vans and television trucks whose endless power cables slithered past the six-foot tall replica of the Statue of Liberty in the heavily air-conditioned room. After a delay, El Duque and his agent Joe Cubas walked into the room, with Duque’s great-uncle and girlfriend closely behind.

Agency photographer of the year – 2019 shortlist The Guardian relies on news photography from a variety of agencies, and our picture editors view thousands of images each day. Here we showcase some of the work by photographers who have stood out over the course of the year. Ueslei Marcelino Billows of smoke rise from a deforested section of the Amazon jungle in Porto Velho, Brazil, 24 August.