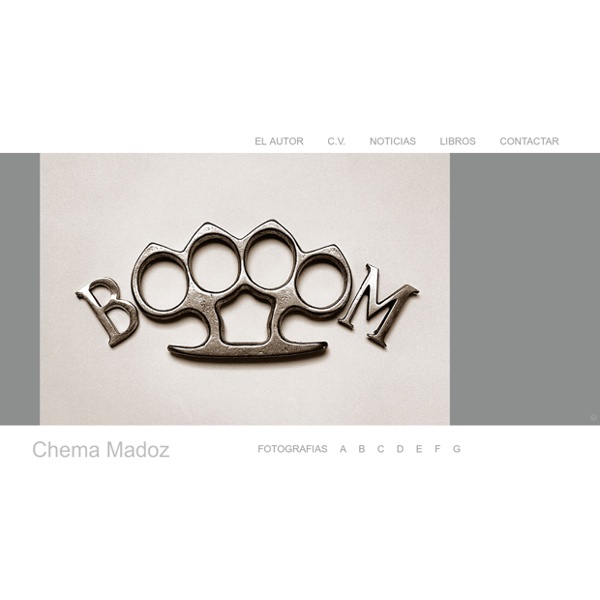 Themes Advertisement It’s hard to believe that a year has passed since our last WordPress theme collection, but there you have it — the time has come again. Once a year we feature the most useful and interesting WordPress-themes that we are collecting over months and present them in a nice quick overview. The collections from 2007, 2008 and last year are still useful, but some of the themes are outdated or updated now. Paul McDonough: “New York City 1968-1972” documents the quirky nature of New York street photography (PHOTOS). © Paul McDonough. Courtesy Sasha Wolf Gallery, New York City. Photographer Paul McDonough has a knack for catching passing, off-kilter incongruities on the New York City streets. He arrived in the city in 1967 and started taking photographs of unique moments happening around him; the New York City 1968-1972 series is said to be his first as a photographer. Capturing weirdness on the streets of New York City might seem like an easy feat, but McDonough has a rare ability to capture a confluence of gestures in the exact moment in which a great photograph happens.

STEVEN KLEIN STUDIO In between songs, Gaga offered some playful, theatrical banter in her best whispery-baby Marilyn Monroe impression. She made sure to point out her genuine pleasure in seeing in the balcony collaborator Tony Bennett (with whom she’s releasing an album of duets with later this year), and director/photographer Steven Klein, who was behind her “Alejandro” video. She climbed a rose-draped ladder to Tony at one point and later remarked on how moving it was to see her dad and Steven Klein meet and hug backstage. Being the theatrical, bawdy star she is, she ended her very genuine anecdote on Klein and her father by saying “Daddy, he’s the nice man who took that pretty picture of my pussy!” in a heightened version of the whispery-baby voice.

Advanced Style: Age and Beauty We're having a senior moment: From textile mogul Iris Apfel in her trademark owl spectacles to artist Ilona Royce Smithkin in DIY orange eyelashes, the stars of photographer Ari Seth Cohen’s Advanced Style blog represent the most fashionable older ladies and gentlemen of New York and beyond. Today on NOWNESS we feature Cohen’s iconic style mavens in an exclusive short by filmmaker Lina Plioplyte . “Hearing them speak about clothing is so fascinating,” says Cohen, who launched his site in 2008 and also has a documentary in the works. “There is history and memories in what they are wearing and I think it’s important to show that storytelling aspect, as well as their vitality and creativity.”

lbumes web de Picasa - A non-4AD tribute... +You Search Images Maps Play Retro-fitted Theme Retro-fitted mixes subtle textures with clean lines and shadows to create a beautifully balanced composition perfect for all types of blogs. Sticky Posts When you set a post to stick to the homepage of your blog, it will appear before all other posts. It will also be styled a bit differently as well.

Five Best Blogging Platforms For me it's a really tough decision between Blogger and Wordpress. I use blogger for personal stuff, and get lots of traffic thanks to being Less Fat and Riding Bike (chubbysuperbiker.com). It's been good to me, and been a lot of fun in the process. Andre Kertesz / Biography & Images - Atget Photography.com Perhaps more than any other photographer, Andre Kertesz discovered and demonstrated the special aesthetic of the small camera. These beautiful little machines seemed at first hardly serious enough for the typical professional, with his straightforward and factual approach to the subject. Most of those who did use small cameras tried to make them do what the big camera did better; deliberate, analytical description. Kertesz had never been much interested in deliberate, analytical description; since he had begun photographing in 1912 he had sought the revolution of the elliptical view, the unexpected detail, the ephemeral moment ___ not the epic but the lyric truth. When the first 35mm camera ___ the Leica ___ was marketed in 1925, it seemed to Kertesz that it had been designed for his own eye. Like his fellow Hungarian Moholy-Nagy, he loved the play between pattern and deep space; the picture plane of his photographs is like a visual trampoline, taut and resilient.

The 10 Best Blogging Platforms Do you want to blog but you don’t know where to start? Or maybe you’re already a blogger and you’d like to check out other platforms and their offerings? Blogging is common place these days but new people are discovering and jumping into platforms like WordPress everyday. We’ve gathered ten of the best blogging platforms around, along with some resources for things like themes, plugins and tutorials. Man Ray phototheque officielle manray-photo.com, Man Ray phototheque officielle Internet site officially authorized by the Man Ray Trust to offer, under certain conditions, reproductions of the Man Ray artworks. These images are displayed only to allow the inspection for purposes of placing reproduction orders, within a professional framework. These works of Man Ray are protected by the legislation concerning literary and artistic property in all countries. The rights of the beneficiaries, the Man Ray trust, are managed by ADAGP. To reproduce, represent, publish or broadcast an artwork of Man Ray, you must obtain the prior authorization of ADAGP or its foreign correspondents and pay the relevant royalties. E-mail : adagp@adagp.fr Any saving to hard drive and any diffusion or reproduction whatsoever of these images by whatever means, including via the Internet, is prohibited, except for the said inspection.