"The Way You Do Things in Public vs. in Private" by Susanna Wolff... 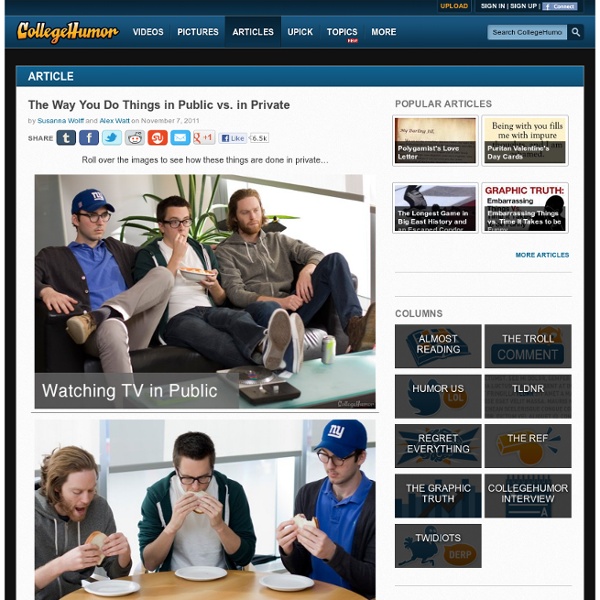 162697d1296673427-funny-strange-random-pics-cfidc.jpg from fohguild.org - StumbleUpon From the entire VRI team, we'd like to thank you for your support over the past 40 days. Going forward from the Kickstarter, we are now focusing our entire efforts at PantheonRotF.com. There you will be able to pledge directly to game development. For Kickstarter pledgers, nothing has been charged to you, so please feel free to resubmit your pledges at the post-Kickstarter site. Thank you again, from the bottom of our hearts. Come join in the development process, and we'll see you all in Terminus very soon! Pantheon: Rise of the Fallen is an MMORPG based on challenging gameplay and open world high fantasy, with a strong focus on group-oriented content. The player is a legendary Hero, stripped of his or her powerful relics and left to explore the distinct and epic regions of Terminus. Pantheon’s combat places a focus on preparation and awareness– providing players with challenging scenarios that require not only understanding, but skill to rise above their opposition. "Strata! Classes 1.

Humor-bation: Its all about contrast First World Problems: Third World Success: ARE YOU A REAL PILOT? from Joe Burton An old Marine Pilot sat down at the Starbucks, still wearing his old USMC flight suit and leather jacket and ordered a cup of coffee. As he sat sipping his coffee, a young woman sat down next to him. She turned to the pilot and asked, 'Are you a real pilot?' He replied, 'Well, I've spent my whole life flying planes, first Stearmans, then the early Grummans... flew a Wildcat and Corsair in WWII, and later in the Korean conflict, Banshees and Cougars. She said, 'I'm a lesbian. The two sat sipping in silence. A little while later, a young man sat down on the other side of the old pilot and asked: "are you a real pilot?" He replied, 'I always thought I was, but I just found out I'm a lesbian.'

Your Daily Life in GIFs (28 GIFs) | Here’s a bunch of those little everyday moments put into GIF form… When someone says, “Think fast!” When you’re wearing socks and step in something wet: When your parents don’t like what you’re wearing: When you take pics with your best friend: When you pass by school or work on the weekend: When someone you just met wants a hug: When you try to wink seductively: When you smell food cooking in the kitchen: When someone near you mentions your favorite band: When you’re walking home at night and you hear a noise: When your friend has a sunburn: That stage in a friendship when you can finally start insulting them: When someone tries to talk to you in the morning: When you see a picture of a cockroach: When someone asks for a bite of your food: When you were a kid and opened a present with clothes in it: When you walk into McDonald’s with more than five dollars: When you go the doctor and the nurse walks in with your flu shot: When you walk into the bathroom and the toilet isn’t flushed: You may also like:

It's not bad, that's for sure Just got a text from my dad who works in IT I went to pick up my prom date the other night. Her father greeted me like this Roomate Prank