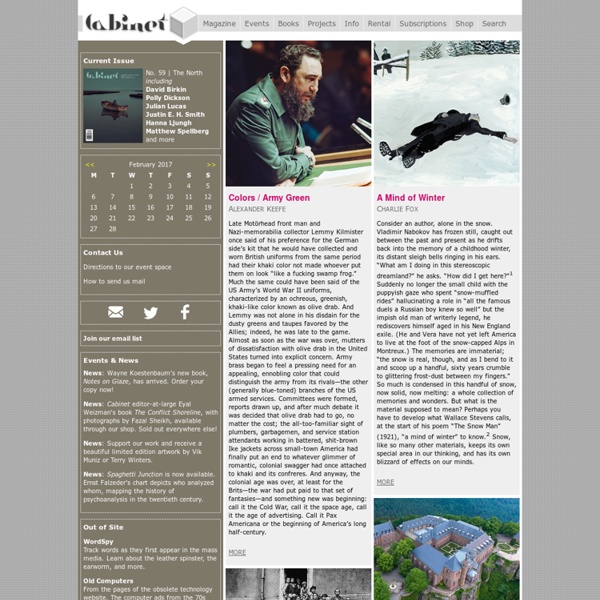 THE HELD ESSAYS ON VISUAL ARTArt Placebo I don’t know whether it is true that a janitor at an art gallery was fired not so long ago for sweeping up the artwork the morning after the opening, but the story captures a certain skepticism about art: if art is whatever “we,” or the art cognoscenti, say it is, then there is no such thing as art. The worry that art is a sham is an old idea and it is one that art itself has cherished. The confounding of folk ideas about what is art and what it is not is one of 20th-century art’s most flamboyant gestures, and familiar clichés. But skepticism about art—as I’ll call it—takes more subtle and more interesting forms. Psychology and neuroscience give rise to such skepticism from a different angle. From the point of view of these fields, works of art trigger experience, and experience is a neurological effect. Skepticism isn’t confined to outsiders either. Fried’s view is not exactly skeptical. But this can’t be right! Yes, critics can be wrong. Endnotes 1. 2. 3. 4. 5. 6. 7. 8. 9.

Pratt Portfolios :: Gallery Relations In New York City, in the spring of 1999, a story hit the newspapers of a Long Island woman who had given birth to twins–one white and one black. The woman and her husband were white and the black baby was not theirs, at least not biologically. The embryo that became that baby had been accidentally implanted in the woman’s uterus with the embryo of her biological son, but it belonged to a black couple who were clients at the same fertility clinic, and they wanted their son back. After a DNA test, a custody battle, a state supreme court ruling, and an unsuccessful appeal, it was decided that the black baby was the child of the black couple, legally and entirely. The story had its peculiarities, like the fact that the fertility clinic had notified the black couple that some of their embryos had been mistakenly implanted in another woman, but did not tell them anything more, so they eventually learned of the birth of their son through a private investigator. And we were not.

Carlos Andrés Gómez Metaphors We Live By, Lakoff and Johnson Is it true that all of us, not just poets, speak in metaphors, whether we realize it or not? Is it perhaps even true that we live by metaphors? In Metaphors We Live By George Lakoff, a linguist, and Mark Johnson, a philosopher, suggest that metaphors not only make our thoughts more vivid and interesting but that they actually structure our perceptions and understanding. Thinking of marriage as a "contract agreement," for example, leads to one set of expectations, while thinking of it as "team play," "a negotiated settlement," "Russian roulette," "an indissoluble merger," or "a religious sacrament" will carry different sets of expectations. When a government thinks of its enemies as "turkeys or "clowns" it does not take them as serious threats, but if the are "pawns" in the hands of the communists, they are taken seriously indeed. "Metaphors We Live By" by George Lakoff and Mark Johnson Our selection comprises chapters 1, 2, 3, and part of 4 of Metaphors We Live By (1980). you disagree?

How To Build A Smartphone Microscope Stand for $10 Obtaining a high quality microscope for your home or a classroom doesn’t require a massive investment. For only $10, basic supplies from a hardware store can be turned into microscope stand for a smart phone capable of reaching up to 175x magnification. All that is required for this setup is a piece of plywood, some Plexiglass, the lens from a laser pointer, small LED light, and some nuts and bolts to hold it together. By using a smartphone with the microscope, images and videos of the specimens can be taken easily. The video provides full instructions, but if you need a pictorial step-by-step guide, Instructables user kmyoshino has you covered here. [Hat tip: kmyoshino via Instructables]

Dewey's Aesthetics First published Fri Sep 29, 2006; substantive revision Mon Mar 4, 2013 John Dewey is well known for his work in logic, scientific inquiry, and philosophy of education. His fame is based largely on his membership in the school of American Pragmatists of which Charles Sanders Peirce and William James were the leading early figures. He has also had a great deal of influence in aesthetics and the philosophy of art. His work Art as Experience (1934) is regarded by many as one of the most important contributions to this area in the 20th century. First, although Dewey seems to write in an almost folksy style, his philosophical prose is often difficult and dense. However, in the 1950s there was an analytic revolution in English-speaking aesthetics. 1. The relative lack of interest in Dewey changed for several reasons in the late 1970s. Dewey's renewed influence was due in part to increased interest in various continental aestheticians. Albert C. Dewey's Early Aesthetic Theory. 2.