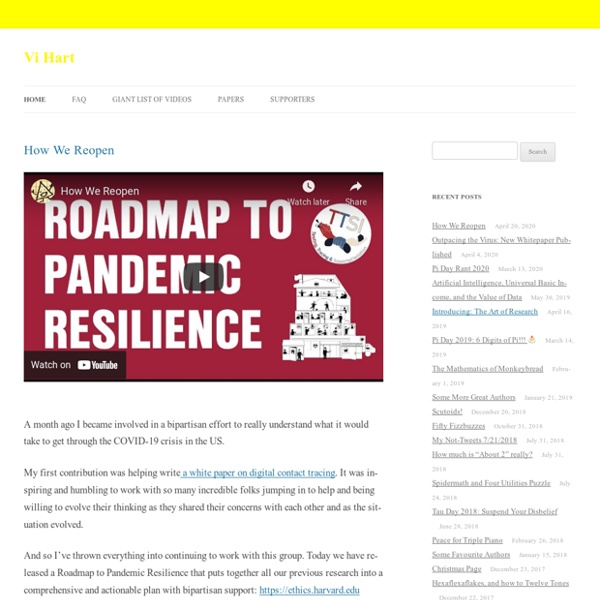 Sometimes I start with a simple thought on Twitter, decide to take it to the next level, and before I know it things have gone entirely out of hand and I’ve gone from a simple tweet about missing NY bagels to a fully produced bagel love song posted on SoundCloud in a matter of hours. This time, it started with some simple microwave advice. I ended up live-tweeting while I made a video in 2 hours, and I figured I should get it all formatted in a post before it disappears into the unsearchable depths of twitter forever. Might as well add some further details on what went on too, if you’re interested in a thorough case-study of how one might go about making a weird video. Yes, let’s get way too in-depth! It will mirror the unreasonable nature of the art itself!

Making Maths: Clinometer A clinometer is a tool that is used to measure the angle of elevation, or angle from the ground, in a right - angled triangle. You can use a clinometer to measure the height of tall things that you can't possibly reach to the top of, flag poles, buildings, trees. Follow the directions below to create your own clinometer. You will need: A protractor with a small hole on the centre spot orPrint out of paper protractor (see below)Poster board or card board (can be from a box) to back the protractor20 cm or about 8 inches of string or strong cottonWeight - such as a metal nut, paper clips or a small piece of clayGlue and ScissorsA strawClear TapeItems marked with the red check are needed with either type of protractor.

Mourning the Parisian Journalists Yet Noticing the Hypocrisy  As the editor of a progressive Jewish and interfaith magazine that has often articulated views that have prompted condemnation from both Right and Left, I had good reason to be scared by the murders of fellow journalists in Paris. Having won the 2014 "Magazine of the Year" Award from the Religion Newswriters Association, and having been critical of Hamas' attempts to bomb Israeli cities this past summer (even while being equally critical of Israel's rampage against civilians in Gaza), I have good reason to worry if this prominence raises the chances of being a target for Islamic extremists. But then again, I had to wonder about the way the massacre in Paris is being depicted and framed by the Western media as a horrendous threat to Western civilization, freedom of speech and freedom of the press, I wondered about the over-heated nature of this description. It didn't take me long to understand how problematic that framing really is.

Too much education is bad. Don't over-educate the young: Nassim Taleb - Opinion More Opinion Stories ST Editorial - The Straits Times An interview with author and thinker Nassim Nicholas Taleb is a somewhat nerve wracking affair. He famously reserves his scorn for certain professions - journalists, for instance, to which this writer belongs - as well as economists, bankers and academics. That is, anyone who has no "skin in the game"; opinion makers who prognosticate or make forecasts and are not held to account for their views. Secret Worlds: The Universe Within - Interactive Java Tutorial Secret Worlds: The Universe Within View the Milky Way at 10 million light years from the Earth. Then move through space towards the Earth in successive orders of magnitude until you reach a tall oak tree just outside the buildings of the National High Magnetic Field Laboratory in Tallahassee, Florida. After that, begin to move from the actual size of a leaf into a microscopic world that reveals leaf cell walls, the cell nucleus, chromatin, DNA and finally, into the subatomic universe of electrons and protons. Once the tutorial has completely downloaded, a set of the arrows will appear that allow the user to increase or decrease the view magnitude in Manual mode. Click on the Auto button to return to the Automatic mode.

#TMC14 GWWG: Talking Points Activity – cultivating exploratory talk through a growth mindset activity This activity is the one I am most excited about bringing to #TMC14 and to the Group Work Working Group. My intention is to blog more about how this goes during the morning sessions. I also hope that participants will blog more about this too and contribute resources to the wiki. The Multiverse’s ‘Measure Problem’ If modern physics is to be believed, we shouldn’t be here. The meager dose of energy infusing empty space, which at higher levels would rip the cosmos apart, is a trillion trillion trillion trillion trillion trillion trillion trillion trillion trillion times tinier than theory predicts. And the minuscule mass of the Higgs boson, whose relative smallness allows big structures such as galaxies and humans to form, falls roughly 100 quadrillion times short of expectations. Dialing up either of these constants even a little would render the universe unlivable. To account for our incredible luck, leading cosmologists like Alan Guth and Stephen Hawking envision our universe as one of countless bubbles in an eternally frothing sea.

Mathematical Mindset Teaching Guide, Teaching Video and Additional Resources We have designed a Mathematical Mindset Guide to help teachers create or strengthen a growth mindset culture. This guide contains five Mathematical Mindset Practices along with links to teaching videos. The videos all show Jo and Cathy teaching middle school students. Physicists achieve superconductivity at room temperature Medical scientists have developed a new chemical compound that’s been shown to treat spinal cord injuries of 80 percent of the animals it was tested on. The compound, which they’re calling intracellular sigma peptide (ISP), was tested on 26 animals who were paralysed due to a spinal cord injury - and in 21 cases the animals were able to urinate, move, or both after seven weeks of treatment. "This recovery is unprecedented," said neuroscientist Jerry Silver from Case Western Reserve University, who led the research, in a press release. "Each of the 21 animals got something back in terms of function.

Operation Build a Bridge and Get Over It - Activity Summary Students act as structural engineers and learn about forces and load distributions as they follow the steps of the engineering design process to design and build small-scale bridges using wooden tongue depressors and glue. Teams brainstorm ideas that meet the size and material design constraints and create prototype bridges of the most promising solutions. They test their bridges to see how much weight they can hold until they break and then determine which have the highest strength-to-weight ratios. They examine the prototype failures to identify future improvements. This activity is part of a unit in which multiple activities are brought together for an all-day school/multi-school concluding “engineering field day” competition.