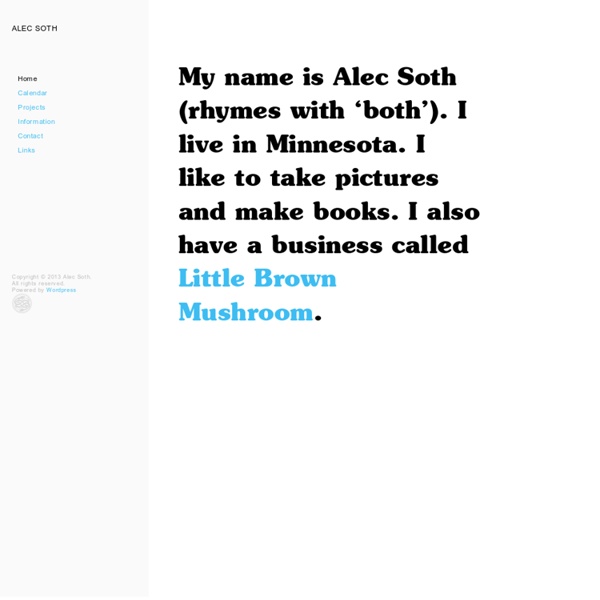 Wim Wenders Wim Wenders. Instant Stories at C|O Berlin presents a selection from the late 1960s to the early 1980s, when Polaroids were a visual notebook, a field of experimentation, and a photographic road movie. The resulting collection of pictures includes thousands of unique, personal shots of his film sets and travels through Europe, the United States, and many other places around the globe. They show Wenders in his personal surroundings and portraits of celebrities and friends including Annie Leibovitz, Robby Müller, Dennis Hopper, and Peter Handke. The exhibition will be making its first and only stop in Germany at C|O Berlin. Along with Wenders’ photographs, the exhibition includes excerpts from films in which Wenders used the medium of instant photography as part of the film narrative.

diter roth British artist Tania Kovats makes drawings, sculpture, installations and large-scale time-based projects exploring our experience and understanding of landscape. She is best known for Tree (2009), a permanent installation for the Natural History Museum in London; and Rivers, an outdoor sculpture in the landscape of Jupiter Artland outside Edinburgh. This new exhibition focuses on her fascination with the sea. Rick Poynor Rick Poynor is a writer, critic, lecturer and curator, specialising in design, media, photography and visual culture. Much of his writing has concentrated on alternative and self-directed forms of design practice, and he has a special interest, as both practitioner and enabler, in the development of design writing and criticism. He was the founding editor of magazine and is now its writer at large. He is a columnist and contributing editor for magazine in New York. He was a cofounder of the website, where he writes regularly. Rick Poynor studied history of art at the University of Manchester and received an MPhil in design history from the Royal College of Art.

Shizuka Yokomizo "Dear Strangers" Later last Friday night, after Katy mentioned this artist in class, I went through a library book I had checked out Thursday evening entitled Strangers: The First ICP Triennial of Photography and Video and actually found the photographer Katy had been speaking about, Shizuka Yokomizo. I will try and type up the article from the book and put it here. Article I found online: ArtForum, April, 2001 by Barry Schwabsky "Dear Stranger": On its own, the phrase that titles Shizuka Yokomizo's 1998-2000 series of photographic portraits is heavy with paradox. Mark Cohen Mark Cohen/ True Color image by Mark Cohen Karate Stance, 1977 Mark Cohen as a kid. Uncategorized Mark Cohen/ True Color image by Mark Cohen Small hand by yellow shirt, 1975

Jacques Derrida Jacques Derrida (/ʒɑːk ˈdɛrɨdə/; French: [ʒak dɛʁida]; born Jackie Élie Derrida;[1] July 15, 1930 – October 9, 2004) was a French philosopher, born in French Algeria. Derrida is best known for developing a form of semiotic analysis known as deconstruction. He is one of the major figures associated with post-structuralism and postmodern philosophy.[3][4][5] During his career Derrida published more than 40 books, together with hundreds of essays and public presentations. He had a significant influence upon the humanities and social sciences, including—in addition to philosophy and literature—law[6][7][8] anthropology,[9] historiography,[10] linguistics,[11] sociolinguistics,[12] psychoanalysis, political theory, feminism, and queer studies.

John Dewey John Dewey (/ˈduːi/; FAA October 20, 1859 – June 1, 1952) was an American philosopher, psychologist, and educational reformer whose ideas have been influential in education and social reform. Dewey is one of the primary figures associated with philosophy of pragmatism and is considered one of the founders of functional psychology. A well-known public intellectual, he was also a major voice of progressive education and liberalism.[2][3] Although Dewey is known best for his publications concerning education, he also wrote about many other topics, including epistemology, metaphysics, aesthetics, art, logic, social theory, and ethics. Known for his advocacy of democracy, Dewey considered two fundamental elements—schools and civil society—as being major topics needing attention and reconstruction to encourage experimental intelligence and plurality. Life and works[edit] Along with the historians Charles A.

Aristotle Aristotle's views on physical science profoundly shaped medieval scholarship. Their influence extended into the Renaissance and were not replaced systematically until the Enlightenment and theories such as classical mechanics. Some of Aristotle's zoological observations, such as on the hectocotyl (reproductive) arm of the octopus, were not confirmed or refuted until the 19th century.