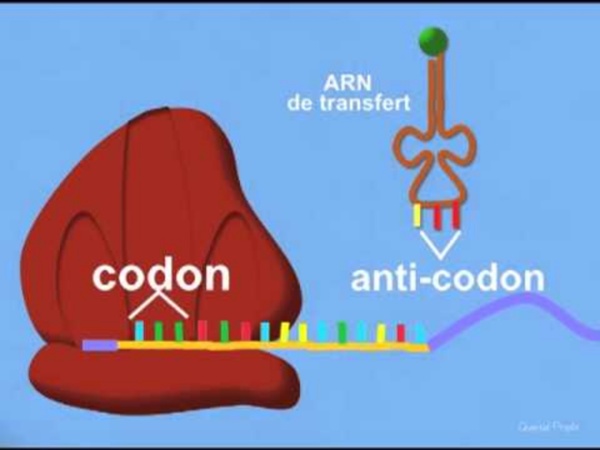 PDB-101 <div style="padding-left:8px;font-weight:bold;color:#FF0000;font-size:16px"><p>This browser is either not Javascript enabled or has it turned off.<br />This site will not function correctly without Javascript.</p></div>

Crack the Code - How the Code was Cracked What Code? In 1953 James Watson and Francis Crick revealed the structure and properties of DNA, the molecule that carries our genetic information. What they discovered was that the blueprint for a human being was encapsulated in a long string of nucleic acid, arranged in a double helix, like a twisted rope ladder with three billion rungs. For this discovery Watson and Crick, together with Maurice Wilkins, were awarded the Nobel Prize in Physiology or Medicine in 1962. But one big question remained unanswered: how is the information in the DNA strand translated to protein?

Learn Science at Scitable The ribosome is a complex molecule made of ribosomal RNA molecules and proteins that form a factory for protein synthesis in cells. In 1955, George E. Palade discovered ribosomes and described them as small particles in the cytoplasm that preferentially associated with the endoplasmic reticulum membrane. Along with other scientists, Palade discovered that ribosomes performed protein synthesis in cells, and he was awarded the Nobel Prize in 1974 for his work. Each ribosome has a large component and a small component that together form a single unit composed of several ribosomal RNA molecules and dozens of proteins.

Charles Yanofsky Charles Yanofsky (born April 17, 1925) is a leading American geneticist. Born in New York, Yanofsky studied at the City College of New York and at Yale University. In 1964, Yanofsky and colleagues established that gene sequences and protein sequences are colinear in bacteria.[1] This had previously been demonstrated in humans by studies of sickle cell anemia.[2] Yanofsky showed that changes in DNA sequence can produce changes in protein sequence at corresponding positions.[3] His work revealed how controlled alterations in RNA structure allow RNA to serve as a regulatory molecule in both bacterial and animal cells. Yanofsky was awarded the Selman A. Waksman Award in Microbiology from the National Academy of Sciences in 1972[4] and was co-recipient of the Louisa Gross Horwitz Prize from Columbia University in 1976 with Seymour Benzer.