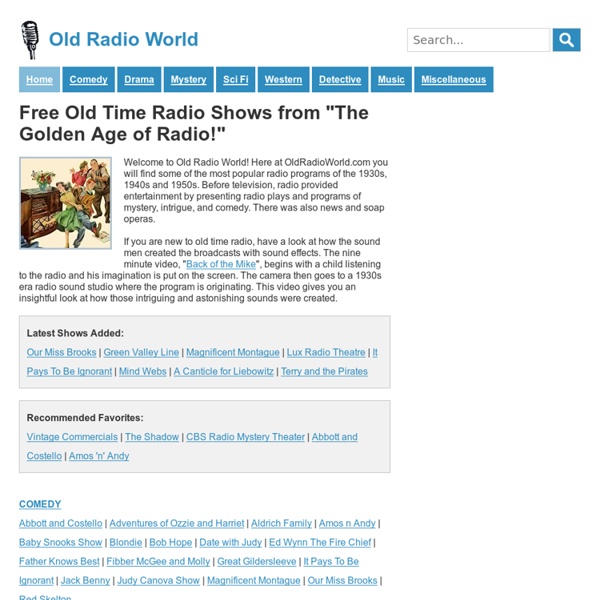 Infographics & Data Visualization | Visual.ly Inventions (Before 10,000BC) © 2014, KryssTal The first humans arose in the Great Rift Valley of Eastern Africa when Homo Habilis began to use tools. The use of tools is not unique to humans. Homo Erectus learnt to use fire. No other animal is known to use or has used fire. Modern humans date from about 400,000 BC when Homo Sapiens began to use cutting tools. Humans spread out overland from Africa to Europe and Asia. Around 30,000 BC, the ice age lowered the level of the sea. A key development was the domestication of the dog. A time scale of the Universe from the Big Bang to the present.

Tiny Desk Concerts The Little DAC That Could | AVguide Over the past several years there has been a quite explosive proliferation of good, small, affordable DACs, many offering USB connections so that they could serve as playback vehicles for digital audio files stored on computers. I’ve heard a fair number of products of this kind, and felt that many seemed worthy and offered decent value. Even so, my take on most super-budget-DACs has been that while many offered sonic goodness (a fine thing in its own right), few managed—how shall I put this?—to reach out and seize the brass ring of sonic greatness. Minimalist Looks Let me perfectly honest with you. A Frame of Reference I’ve used Musical Fidelity’s multi-thousand dollar kW SACD player as my digital reference for the past several years, and it has served me well. Modest Looks, Great Sound The Musical Fidelity V-DAC will be reviewed in Playback issue 20, and since I hope you’ll read that review I’d rather not give away all the secrets just now.

14 Websites To Find Free Creative Commons Music We’ve introduced you to a variety of quality image sites where you can find Creative Commons images, but the Creative Commons license goes far beyond just images. Different types of content are licensed online using Creative Commons — videos, music, and even blog content. You’ll find plenty of it online to share, remix and use commercially. With Creative Commons licenses, you do have to be sure to take a careful look at the specific license which will show you exactly how you can use the content that has been provided for free. SoundCloud SoundCloud is a great resource for people looking to share their music, podcasts, and more, so it’s no surprise that you can find a lot of decent Creative Commons recorded sounds as well. JewelBeat JewelBeat provides its users free-to-use music, which you can use in your online videos, ads, and more — the only requirement is crediting the site by adding a credit link to the website. Jamendo Audionautix Free Music Archive FreeSound Incompetech CCMixter Musopen

APM: Marketplace Folk Music of Scotland This is part of my Folk Music of England, Scotland, Ireland, Wales & America website. These are songs from my site that were popular in Scotland, arranged in chronological order. I have struggled to put them in APPROXIMATE/BEST GUESS date order. There are some for which I have no clue as to a date, so some may appear randomly placed. Omröstning online | Voto.se untitled As per this blog post from July, we have officially closed the advanced suite of Flash tools (previously located at advanced.aviary.com) in order to focus on our new company direction powering the photo experience in 3rd party apps. While we hoped that everyone would have taken the time to retrieve their files since our notice, we recognize that the message may not have been seen by everyone. Therefore, if you were not able to retrieve all of your files to date, please contact us at support@aviary.com from the email address associated with your account to help retrieve your files. Do this quickly. While the tools will remain offline, we may continue to explore new homes in whole or in part, for specific elements of the suite. I would like to make a few recommendations for alternate tools to try: I have a number of thank yous to make, but I'll leave out names because there are so many and I don't want to risk leaving anyone out: