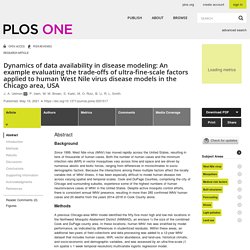 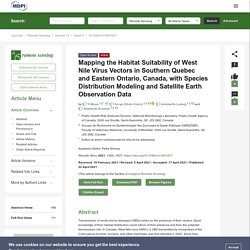 Good knowledge of their habitat distribution could inform of their presence and then the potential transmission risk. In Canada, West Nile virus (WNV), a VBD transmitted by mosquitoes of the Culex genus to birds, humans, and other mammals, was first reported in 2002. Since then, human cases have been reported every year. To reduce the health burden of the disease and to guide the vector control efforts, this work aims to provide a map of habitat suitability of the main vectors of WNV, Culex pipiens-restuans, in southern Quebec and eastern Ontario at 30 m spatial resolution. BIORXIV 31/03/21 Dynamics of data availability in disease modeling: An example evaluating the trade-offs of ultra-fine-scale factors applied to human West Nile virus disease models in the Chicago area, USA. Viruses. 2020 Aug 12;Modelling West Nile Virus and Usutu Virus Pathogenicity in Human Neural Stem Cells. 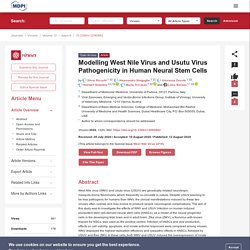 Despite USUV seeming to be less pathogenic for humans than WNV, the clinical manifestations induced by these two viruses often overlap and may evolve to produce severe neurological complications. The aim of this study was to investigate the effects of WNV and USUV infection on human induced pluripotent stem cell-derived neural stem cells (hNSCs), as a model of the neural progenitor cells in the developing fetal brain and in adult brain. Zika virus (ZIKV), a flavivirus with known tropism for NSCs, was used as the positive control. 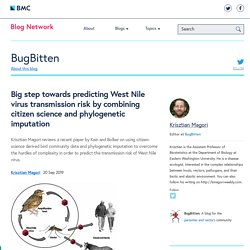 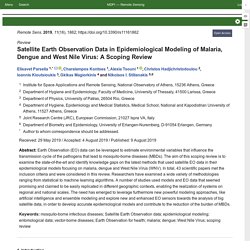 The first category (a) used clinical records from the general human population as the main data source. In this case the majority of the studies (n = 23) referred to the clinical data as “confirmed cases”, meaning that the patients were confirmed through laboratory testing. Buczak et al. [32] and Arboleda et al. [33] included also cases that were considered as “possible”, meaning that the patients exhibited some of the symptoms of the infection. 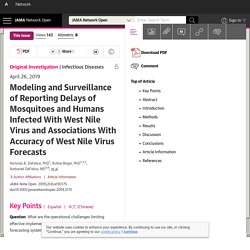 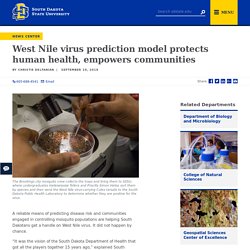 It did not happen by chance. “It was the vision of the South Dakota Department of Health that got all the players together 15 years ago,” explained South Dakota State University mosquito expert Michael Hildreth, a professor in the Department of Biology and Microbiology, College of Natural Sciences. Hildreth credited State Epidemiologist Lon Kightlinger, now retired, for getting the ball rolling and the state legislature for providing funding for mosquito surveillance and control. In 2008, Hildreth began working with Michael Wimberly, then a senior scientist at the Geospatial Sciences Center of Excellence at SDSU, who began developing a model to predict the risk of West Nile virus using environmental data from Earth-imaging satellites. 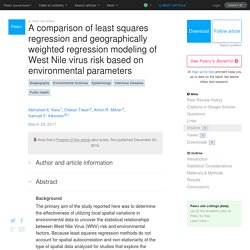 Within a few years the virus had spread across the North American continent (Hayes et al., 2005). WNV has had important environmental and human impacts, including a decline in numerous bird species (CDC) and increased morbidity and mortality among humans. This has also resulted in increased economic burdens due to initial acute health care needs of infected individuals and subsequent long-term costs associates with infection, estimated at approximately $56 million per year between 1999 and 2012 (Barrett, 2014). Because that study indicated how difficult predicting and planning for WNV outbreaks was, we became interested in developing a spatially explicit model using environmental factors in an attempt to improve WNV risk predictions. MATHEMATICAL BIOSCIENCES AND ENGINEEING - APRIL 2016 - A MATHEMATICAL MODEL FOR THE SPREAD OF WEST NILE VIRUS IN MIGRATORY AND RESIDENT BIRDS. 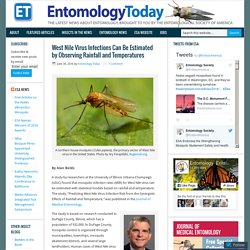 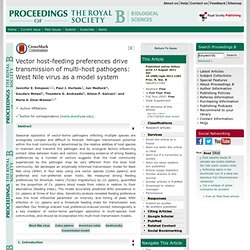 Abstract Seasonal epizootics of vector-borne pathogens infecting multiple species are ecologically complex and difficult to forecast. Pathogen transmission potential within the host community is determined by the relative abilities of host species to maintain and transmit the pathogen and by ecological factors influencing contact rates between hosts and vectors. Increasing evidence of strong feeding preferences by a number of vectors suggests that the host community experienced by the pathogen may be very different from the local host community. 1.