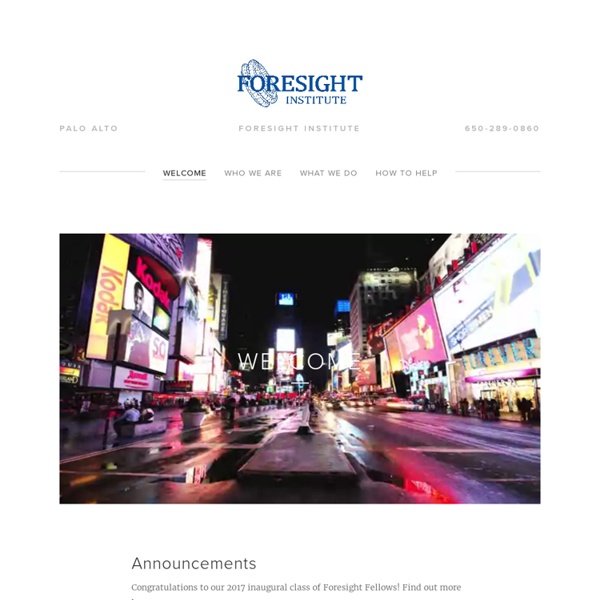 Purdue physicists hone rules for nanotech game Posted on: Tuesday August 12, 2003. Nanotechnologists could have a firmer handle on the forces at play in their microscopic world thanks to recent physics research at Purdue University. The latest in a series of experiments aimed at revealing fundamental knowledge of the universe has yielded precise measurement of the so-called Casimir force – a force that could make tiny machines behave erratically, causing a thorn in the side of nanotechnology manufacturers. A team, including Purdue physicist Ephraim Fischbach, has answered science's questions about the Casimir force's effects, which could help manufacturers work around the problem. "The Casimir force is not a new discovery, but its effects on machines are essentially negligible until you start building at the nanoscale," said Fischbach, a professor in Purdue's School of Science. The Casimir force has to do with the minute pressure that real and virtual photons of light exert when they bump against an object.

Penn Physicists Observe “Campfire Effect” in Blinking Nanorod Sem... PHILADELPHIA — When semiconductor nanorods are exposed to light, they blink in a seemingly random pattern. By clustering nanorods together, physicists at the University of Pennsylvania have shown that their combined “on” time is increased dramatically providing new insight into this mysterious blinking behavior. The research was conducted by associate professor Marija Drndic’s group, including graduate student Siying Wang and postdoctorial fellows Claudia Querner and Tali Dadosh, all of the Department of Physics and Astronomy in Penn’s School of Arts and Sciences. Their research was published in the journal Nature Communications. When provided with energy, whether in the form of light, electricity or certain chemicals, many semiconductors emit light. At the macro scale, this electroluminescence is consistent; LED light bulbs, for example, can shine for years with a fraction of the energy used by even compact-fluorescent bulbs.

The Nanotube Site Translation to Romanian Maybe the most significant spin-off product of fullerene research, leading to the discovery of the C60 "buckyball" by the 1996 Nobel Prize laureates Robert F. Curl, Harold W. Kroto, and Richard E. Smalley, are nanotubes based on carbon or other elements. The primary purpose of The Nanotube Site is to facilitate the exchange of ideas among researchers by concentrating links to sites dedicated to nanotubes. The Nanotube Site is maintained regularly by David Tomanek, work and travel schedule permitting. TubeASP: Web-Accessible carbon nanotube generation applet by Roberto Veiga TubeGen: Web-Accessible Nanotube Structure Generator by the Doren Research Group, University of Delaware CoNTub: Java-based code to generate nanotube junction geometries by the GMDM group at the University of Granada, Spain Fullerene Isomers ... back to David Tomanek's home page

Nanotechnology pushes battery life to eternity (PhysOrg.com) -- A simple tap from your finger may be enough to charge your portable device thanks to a discovery made at RMIT University and Australian National University. In a crucial step towards the development of self-powering portable electronics, researchers at RMIT University in Melbourne have for the first time characterised the ability of piezoelectric thin films to turn mechanical pressure into electricity. The pioneering result is published in the 21 June Issue of the leading materials science journal, Advanced Functional Materials. Lead co-author Dr Madhu Bhaskaran said the research combined the potential of piezoelectrics - materials capable of converting pressure into electrical energy - and the cornerstone of microchip manufacturing, thin film technology. "The concept of energy harvesting using piezoelectric nanomaterials has been demonstrated but the realisation of these structures can be complex and they are poorly suited to mass fabrication.

Nanotechnology Now - News Story: "Top 10 Reasons for Using Nanotech in... Home > News > Top 10 Reasons for Using Nanotech in Food February 20th, 2009 Top 10 Reasons for Using Nanotech in Food Abstract: Nanotechnology is in your food. But many people watching these innovations are shaking their heads with distrust. "Companies are engaged in nanoscale research; however, they do not publicly declare so partly because of uncertainty in the safety assessment and regulatory climate," said Betty Bugusu, research scientist at the Institute of Food Technologists in Washington, D.C. Think of the arguments surrounding genetically modified crops this past decade and you'll have some idea of the controversy over nanotechnology being used in food. Nonetheless, nanotechnology could offer benefits in food safety, storage, packaging and nutrition. Hongda Chen of the USDA's Cooperative State Research, Education, and Extension Service in Washington, D.C., sees additional benefits in nutrition. 1. 2. 3. 4. 5. 6. 7. 8. 9. 10. Source:dsc.discovery.com Bookmark: News and information

Limited Transparency In Federal Nanotech Research May Hamper Development... Dr. Andrew Maynard holds up a jar of nano titanium dioxide while testifying a House Science Committee hearing Washington, DC — Without clear leadership and more transparency in federal risk research investment, the emergence of safe nanotechnologies will be a happy accident, rather than a foregone conclusion, says Dr. Andrew Maynard. This sentiment was voiced today by Dr. “Activities to date within the federal nanotechnology initiative have been less than transparent, to the detriment of an effective strategy for nanotechnology development and use,” Dr. A Project assessment of purported nanotechnology risk-relevant research published by the federal government’s National Nanotechnology Initiative - VIEW EHS INVENTORY - reveals that spending on environment, health and safety-focused research projects in 2006 was substantially lower than that claimed by U.S. officials. In his testimony Dr. On top of discussing issues pertaining to the federal investment in nanotechnology research, Dr.

News & Events - Nanotec... November 12, 2009 Novel nanomaterials developed at Rensselaer Polytechnic Institute are scheduled to blast off into orbit on November 16 aboard Space Shuttle Atlantis. The project, funded by the U.S. Rensselaer professors Linda Schadler, of the Department of Materials Science and Engineering, and Thierry Blanchet, of the Department of Mechanical, Aerospace, and Nuclear Engineering, worked with a team of researchers from the University of Florida to develop two different types of experimental nanomaterials. The first new material is a wear-resistant, low-friction nanocomposite, created by mixing nanoscale alumina particles with polytetrafluoroethylene (PTFE), which is known commercially as Teflon. The gained benefit, Schadler said, is the difference between PTFE that can survive sliding along a surface for a few kilometers before wearing away, and a nanocomposite that could slide across a surface for more than 100,000 kilometers before wearing away.

Nanotech Electrical Motor Is Made From A Single Molecule Researchers at Tufts University have put together a “molecular motor” that is only about a nanometer across. It’s not the first single-molecule motor ever made, but this one, unlike others, can be activated singly by the minute tip of a scanning electron microscope. They’re working with Guinness to get certified as the smallest motor in the world. This incredibly small machine — and although it really is just a molecule (and not a big one at that), it is a machine — was created by simply stacking a butyl methyl sulphide molecule onto a substrate of copper. The conformation of the molecule ends up sticking the sulphur “downwards”, where it acts as a sort of pivot, with the carbon atoms sticking out on either end. Add a little bit of charge and it starts to spin. What can they do with this? To anyone who has studied microbiology, this might seem rather underwhelming.

Accelerating Future » 10 Interesting Futuristic Materials 1. Aerogel Aerogel holds 15 entries in the Guinness Book of Records, including "best insulator", and "lowest-density solid". Sometimes called "frozen smoke", aerogel is made by the supercritical drying of liquid gels of alumina, chromia, tin oxide, or carbon. 2. Carbon nanotubes are chains of carbon held together by the strongest bond in all chemistry, the sacred sp2 bond, even stronger than the sp3 bonds that hold together diamond. 3. "Metamaterial" refers to any material that gains its properties from its microscopic structure rather than bulk composition. 4. We're starting to lay down thick layers of diamond in CVD machines, hinting towards a future of bulk diamond machinery. 5. Diamonds may be strong, but aggregated diamond nanorods (ADNRs) are stronger. 6. Amorphous metals, also called metallic glasses, consist of metal with a disordered atomic structure. 7. A superalloy is a generic term for a metal that can operate at very high temperatures, up to about 2000 °F (1100 °C). 8. 9.