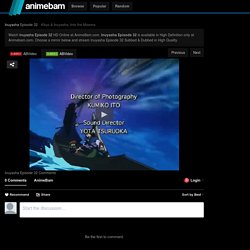 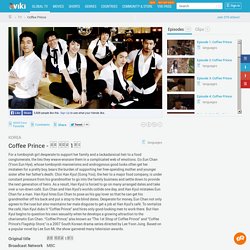 Choi Han Kyul (Gong Yoo) is the heir of a big food company, but his grandmother wants him to settle down, so she arranged many dates for him. After Eun Chan bumped into Han Kyul and was mistaken for a boy, Han Kyul decided to hire Eun Chan to be his gay lover in order to avoid the arranged dates. Desperately in need of money, Eun Chan had no choice but to accept. Han Kyul's grandmother also made Han Kyul in charge of a filthy coffee shop in danger of being bankrupt. Eun Chan begged to work at the coffee shop, and not long after, feelings start to spark, except, how would Han Kyul accept his "homosexuality"? Casts. Nagi no Asukara. Bokura wa Minna Kawaisou. Hanasakeru Seishounen. "I love the happiness and the suffering. 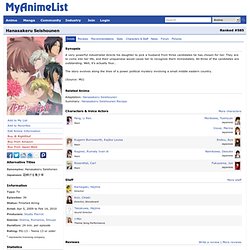 Because the only emotions I feel... are the ones you grant me. " At first, Hanasakeru Seishounen appears to be a rather typical reverse harem story. Young girl surrounded by several beautiful men, nothing new for the given genre. Air. Air is a rather peculiar and unique anime to say the least, it’s indubitably one of Kyoto Animation’s most inventive and ingenious series to date. 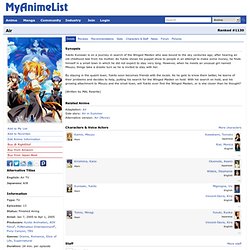 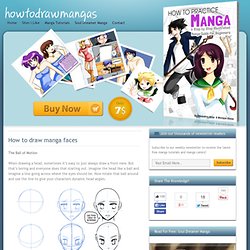 But that’s boring and everyone does that starting out. Imagine the head like a ball and imagine a line going across where the eyes should be. Kokoro connect. How to date an otaku girl. Bungaku shoujo. The girl who leapt through time. Hyouka. Beelzebub. Tamako market. Gintama. Over the years there have been a multitude of comedy shows that have graced our TV screens, from the surreal stylings of Monty Python and sarcastic wit of Blackadder, to the sci-fi tomfoolery of Red Dwarf and the strange antics of The Fast Show. 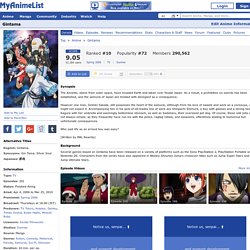 There are numerous notable series that have taken their rightful places in our DVD collections, and in an age where comedians are treated like rock stars, maybe it's fate that comedy anime would also come of age. It's strange to say this, but humour has never been a strong department for the medium, partly because of the cultural differences between East and West, but mainly because the majority of anime comedies rely more on parody than anything else. The problem with this is that quite often the viewer is left without a frame of reference, so the humour simply goes over their heads. Kobato. Moshidora. Mashiro-iro ' Boku wa Tomodachi ga Sukunai. Hiyokoi. Mawaru Penguindrum. Usagi Drop. Raising a child isn't easy, and every parent or guardian knows just how taxing all of the daily tasks can be, the sacrifices that need to be made in terms of work and social life, and the almost constant stream of considerations and worries. 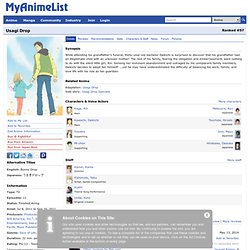 True tears. Tokyo magnitude 8.0. Strike the blood. Accel World. Accel world is probably the closest (maybe) anime to SAO, but probably not as great both goes to the future with technology that lets you move in 3D world. both plays games and is pretty serious, although accel world is just an over reacting of seriousness both main character are good at game Romantic, SAO has better romance if you watch this, definitely watch SAO. i think it will be better for most people. 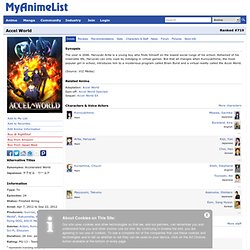 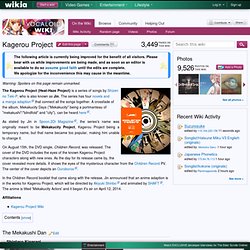 The Kagerou Project (Heat-Haze Project) is a series of songs by Shizen no Teki-P, who is also known as Jin. The series has four novels and a manga adaption that connect all the songs together. A crossfade of the album, Mekakucity Days ("Mekakucity" being a portmanteau of "mekakushi"/"blindfold" and "city"), can be heard here. As stated by Jin in Spoon.2Di Magazine, the series's name was originally meant to be Mekakucity Project, Kagerou Project being a temporary name, but that name became too popular, making him unable to change it. On August 15th, the DVD single, Children Record, was released. Affiliations Kagerou Project Wiki The Mekakushi Dan Edit Shintaro Kisaragi Edit.