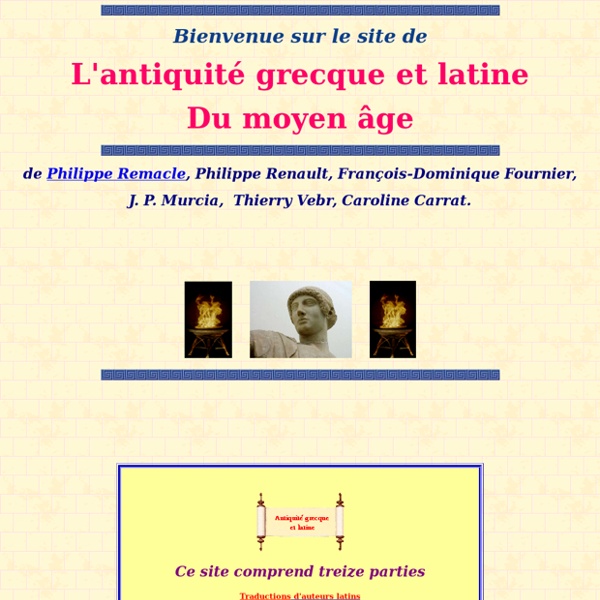 La letteratura greca su Internet Duke Papyrus Archive- Greek University of Michigan Papyrus Collection (fabbricazione, codice e rotolo, puzzle) Oxyrhynchus online Papiri greci della Sorbona Heidelberg Gesamtverzeichnis der Griechischen Papyruskunden Ägyptens Donnely Loeb collection Loeb Classical Library Books Available Online Things just keep growing. This list was initially a subset of my G'Oogle list, which itself had grown out of a post I originally made at textkit. Anyway, this is hoped to be a more-convenient way for us to track all of the freely-available LCL books out there.

Maps Track AIDS In The U.S. You can look at AIDS and HIV statistics as numbers in a table, but that doesn't quite tell the story of how one of the deadliest diseases of our time spreads. Here in the United States, infection rates are intimately tied to race, education, geography, and more. So reveals a new interactive map from researchers at Emory University and the data-mappers MapLarge. Three years ago, they teamed up to create AIDSVu, an incredibly granular look at HIV and AIDS diagnoses, updated yearly based on data from the Centers for Disease Control and local health agencies. Today they released an even more detailed version, which gives a sense of HIV and AIDS infection rates in the U.S.

Epigraphic Database Heidelberg The Epigraphic Database Heidelberg contains the texts of Latin and bilingual (i.e. Latin-Greek) inscriptions of the Roman Empire. The epigraphic monuments are collected and kept up to date on the basis of modern research. With the help of search functions specific queries can be carried out - e.g. a search for words in inscriptions and / or particular descriptive data. The search results are often displayed together with photos and drawings.

Wikipedia The Museum of Fine Arts of Lyon ((French) Musée des beaux-arts de Lyon) is a municipal museum of fine arts in the French city of Lyon. It is housed near place des Terreaux in a former Benedictine convent of the 17th and 18th centuries. It was restored between 1988 and 1998, and despite these important restoration works it remained open to visitors. Its collections range from ancient Egypt antiquities to the Modern art period and make the museum one of the most important in Europe.