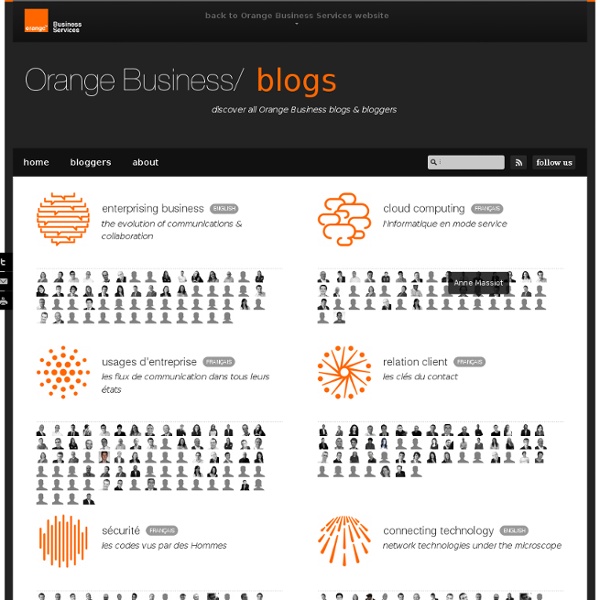 CourseSmart: E-readers in the classroom tattle on students who don't read them. Photo by Hannelore Foerster/Getty Images Today’s New York Times offers an upbeat take on a technology that is sure to strike panic into the guts of students everywhere: e-textbooks that tattle on you if you don’t read them. “It’s Big Brother, sort of, but with a good intent,” the dean of Texas A&M’s business school, Tracy Hurley, cheerily told the Times.

4 Steps to Transform Your Brand Into a Social Business Do you listen to customer conversations about your brand online? If so, how do you respond to those conversations? Listening on the social web isn’t hard to do. What’s hard is creating an effective response system so that when something goes wrong (and it will!) Targeting Merchants, Square Debuts Register iPad App And Analytics; Now Processing $4B In Payments Per Year As we reported earlier this year, mobile payments company Square revealed that it was planning to add a number of new operational capabilities and data analysis to the register, including in-depth analytics. Tonight, Square is debuting this functionality in the form of a new iPad app. The app aims to replicate the actual experience of a register, similar to Square’s existing iPad app. But this new, free app, called Square Register, comes as a more full-fledged point of sale offering. You can access the app here.

Study: Location-tagging growing in importance for people Kristina: Tell me about this report? David Staas, Interim CEO, JiWire: JiWire surveyed about 400 consumers to discover the motivations behind location-based photo sharing. The research showed that 72% prefer their mobile device as opposed to their camera for snapping photos. Online Engagement Grows Across France – March 20, 2012Posted in: Engagement, Europe In February 2012, 47.6 million unique visitors in France went online for an average of 24.7 hours over the course of the month. While the total internet audience increased by 1 percent over the past year, average engagement saw higher growth at 5 percent. Google Sites continues to rank as the top online property, attracting 43.9 million visitors for an average of nearly 3 hours per user in the month.

Mobile Payment Solution LevelUp Now Seeing $1M Per Month In Transactions; Launches API With increasing smartphone adoption and with users in turn becoming more and more comfortable using their mobile devices to do things traditionally reserved for the Web or desktops, every industry is going mobile. But, when you consider the effect mobile technology has still yet to make on transactions — ye olde exchange of money/goods — there is a huge opportunity for disruption. Carriers, OEMs, startups — everyone knows this. Three, five years from now, mobile payment solutions has the potential to be a massive business. Yet, as things stand right now, carriers and mobile OSes are still finding it hard to come to terms, with users suffering as a result.

Why Hotels Need to Care About Their Reputations [INFOGRAPHIC] It's a social media world, one where consumers rely more heavily on their peers' online opinions than ever before. This is especially true when planning a trip. A company called Olery acts as an aggregator for all reviews posted about a particular hotel online. This gives the hotel the ability to respond to reviews in a more timely fashion. Whether a patron posts to Twitter, TripAdvisor, or Facebook, the service lets hotels see such activity in real-time and respond accordingly. Olery's data, summarized in visual form below, shows that most people consult reviews before deciding where to stay.

Facebook Leads by Engagement in France – January 19, 2012Posted in: Engagement, Europe, Web Traffic In France, 47.8 million internet users spent a total of nearly 1.2 billion hours online in December 2011. Google Sites was the top online property by unique visitors, attracting over 44.8 million people who spent a total of 137.5 million hours on the site. During December, Â over 39.2 million users went to Microsoft Sites making it the second most popular online property ranked by visitors..

US schools track teens by putting chips into students’ ID cards A Texas school district in the US is putting tracking chips into new, mandatory student IDs to keep tabs on students' whereabouts at all times. The one-year pilot test is being rolled out in October for some 4,200 students in the John Jay High School and Anson Jones Middle School, which are two of the 112 schools in the district. Students will be required to wear the cards on a lanyard around their necks and will be charged a fee for losing them. Their location will be beamed out to electronic readers throughout the campuses, Northside Independent School District spokesman Pascual Gonzalez told FoxNews.com. Some parents are protesting, comparing the tags to RFID chips used to track cattle.

Breakdown of a Dedicated Social Media Engagement or Command Center Left: Dell’s Social Media Command and Listening Center, Austin Texas. The purpose of this post is to be an industry reference for this social business use case, please leave comments with further additions. Many a year ago, I worked at a web hosting company that had a Network Operations Center (NOC) that looked like NASA’s mission control. Enclosed in a glass ‘fishbowl’ the 20-50 staff, systems, training, technology were all used in conjunction to support the network traffic of the customers websites, see Google images. The “NOC” was externally packaged and marketed as a cutting edge feature of a top performance center, touted on customer tours at HQ, and had internal mystique and prestige of those who were there.

Facebook Mobile Operator Billing Opens App Economy To The Credit Card-less The mobile web, not the smartphone or traditional web, is Facebook’s most popular interface. Now those hundreds of millions of users, including prepaid mobile customers in emerging markets who lack credit cards, will be able to make in-app purchases and earn Facebook money thanks to its announcement of mobile operator billing for Credits virtual currency purchases. This is a big step towards Facebook’s monetization of mobile despite smartphone platform domination by Apple and Google. For people without credit cards where Facebook Credits gift cards aren’t available, operator billing won’t just be a convenience, it could become the main way for them to participate in the Facebook mobile app economy. In a talk with TechCrunch writer Ingrid Lunden this morning, CTO Bret Taylor said that the Facebook mobile web has twice as many users as Facebook for iOS or Android.