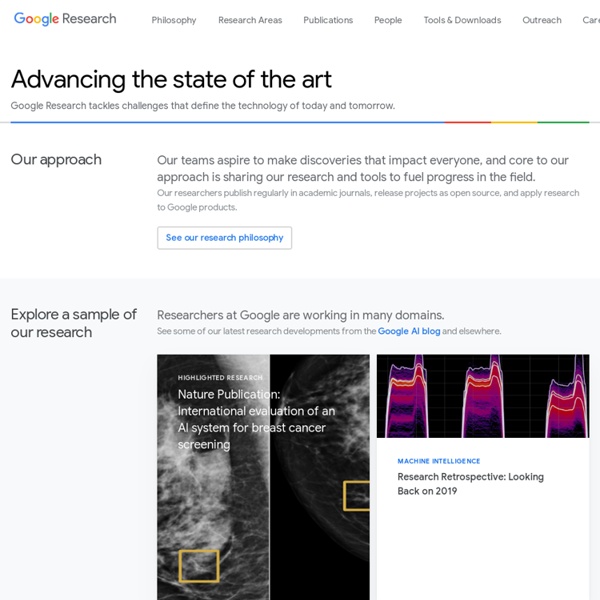 Matchbox: Large Scale Bayesian Recommendations Matchbox: Large Scale Bayesian Recommendations David Stern, Ralf Herbrich, and Thore Graepel 2009 We present a probabilistic model for generating personalised recommendations of items to users of a web service. The Matchbox system makes use of content information in the form of user and item meta data in combination with collaborative filtering information from previous user behavior in order to predict the value of an item for a user. Users and items are represented by feature vectors which are mapped into a low-dimensional ‘trait space’ in which similarity is measured in terms of inner products. In Proceedings of the 18th International World Wide Web Conference

Machine learning for dummies - Next at Microsoft [image courtesy of Ariel Stallings] Say machine learning to most people and they’ll look at you suspiciously – even people in the tech industry have a degree of caution is it conjures up notions of machines taking over the world in some sort of Terminator/singularity way. I think it’s because people translate it in to “machines that learn” which as it turns out, is a perfectly good way to think about this topic. I decided to dig a little deep and get past the jargon as I think it’s an increasingly important field and will help unlock the potential for natural user interfaces and technology that anticipates our needs and feels more human. “That represents the real Oscar I won” is John’s sheepish response. “Yes, it’s a technical academy award I got for research in to how you represent flexible objects in movies in a simulated way – the kind of stuff you regularly see in movies from Pixar and the like” So I add Oscar winner to the list of people we have working at the company.

A Programming Language for DNA Computing Recently, a range of information-processing circuits have been implemented in DNA by using strand displacement as their main computational mechanism. Examples include digital logic circuits and catalytic signal amplification circuits that function as efficient molecular detectors. As new paradigms for DNA computation emerge, the development of corresponding languages and tools for these paradigms will help to facilitate the design of DNA circuits and their compilation to nucleotide sequences. We present a programming language for designing and simulating DNA circuits in which strand displacement is the main computational mechanism. The language includes basic elements of sequence domains, toeholds and branch migration, and assumes that strands do not possess any secondary structure.