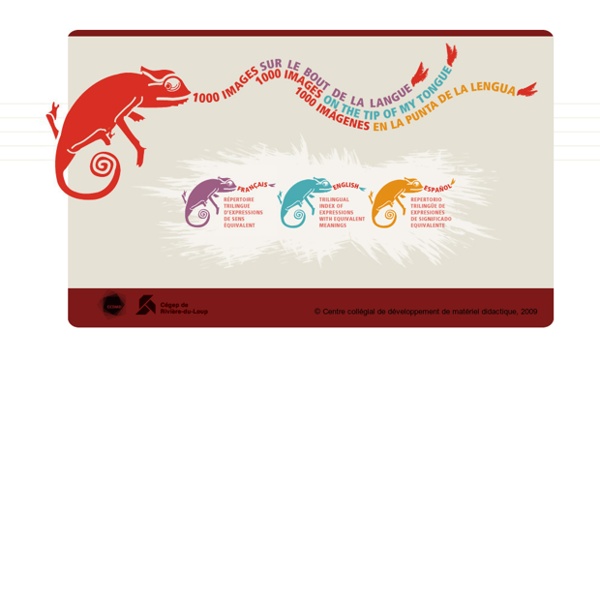 The Best of British - British Slang Ace - If something is ace it is awesome. I used to hear it a lot in Liverpool. Kids thought all cool stuff was ace, or brill. Aggro - Short for aggravation, it's the sort of thing you might expect at a football match. The Bilingual Advantage Q. How did you begin studying bilingualism? A. 20 Common Grammar Mistakes That (Almost) Everyone Gets Wrong I’ve edited a monthly magazine for more than six years, and it’s a job that’s come with more frustration than reward. If there’s one thing I am grateful for — and it sure isn’t the pay — it’s that my work has allowed endless time to hone my craft to Louis Skolnick levels of grammar geekery. As someone who slings red ink for a living, let me tell you: grammar is an ultra-micro component in the larger picture; it lies somewhere in the final steps of the editing trail; and as such it’s an overrated quasi-irrelevancy in the creative process, perpetuated into importance primarily by bitter nerds who accumulate tweed jackets and crippling inferiority complexes.

a word a day A.Word.A.Day with Anu Garg We equate French with sophistication and when we import French words into English, we look at them with rose-colored glasses. We often give them special meanings. In French, concubin/concubine are simply people living together. In English, a concubine has a more specialized sense: a mistress. 15 DIY crafts you need to make right now It's cold, it's raining and quite frankly, it's utterly miserable outside at the moment. So stay in! But then it hits you. It's not that great inside either. You're young, so you haven't got all of that furniture and all of the little decorative trinkets that accumulate over time, and if you have, you haven't got nearly enough. So we say, make them!

lor Memory Match Sorry, this is a flash-based game that requires Adobe Flash Player. Many of these games will run on mobile devices with VocabularySpellingCity apps. For Apple devices Available for Android Enduring Voices Project, Endangered Languages, Map, Facts, Photos, Videos Explore Talking Dictionaries The Enduring Voices team is pleased to present these Talking Dictionaries, giving listeners around the world a chance to hear some of the most little-known sounds of human speech. Several communities are now offering the online record of their language to be shared by any interested person around the world.

Coffee Break Spanish Join millions of Spanish learners from all around the world and learn Spanish with Coffee Break Spanish. This course has consistently been among the top language-learning podcasts in iTunes US and UK and won the European Award for Languages in 2007 and the European Professional Podcast Award in 2009. Teacher Mark brings his experience of teaching the language to each show, and listeners can learn alongside student Kara. Visit our lesson library where you can access free audio files to get a taste of the course.

How to Use: Say, Tell, Talk, Speak Are you talking to me? I said are you talking to me? There’s no one else here, you must be talking to me? Join RLE International Community How many times have you misused these 4 words? I speak English, I talk to my friends, he told me a secret, you know what I’m saying? Autumn Flower Wreath Today I have a tutorial of sorts to share. It is not a full tutorial because 1. I learned to make the flowers from an already pretty amazing tutorial and 2. I left my camera in Ryan’s truck and was too impatient to wait to put it together until he came home so I don’t have photos of the actual attaching to the wreath phase of the project. Sometimes you just have to go with it when the crafting bug gets you.

Koprowski - Ten Good Games for Recycling Vocabulary The Internet TESL Journal Mark Koprowskimarkkoprowski [at] yahoo.com Introduction Learning is remembering. If we respect this axiom, the review and recycling of new language items will be critical if they stand a chance of becoming readily accessible in long-term memory. In fact, students do the majority of their forgetting shortly after the lesson and then the rate of forgetting diminishes.