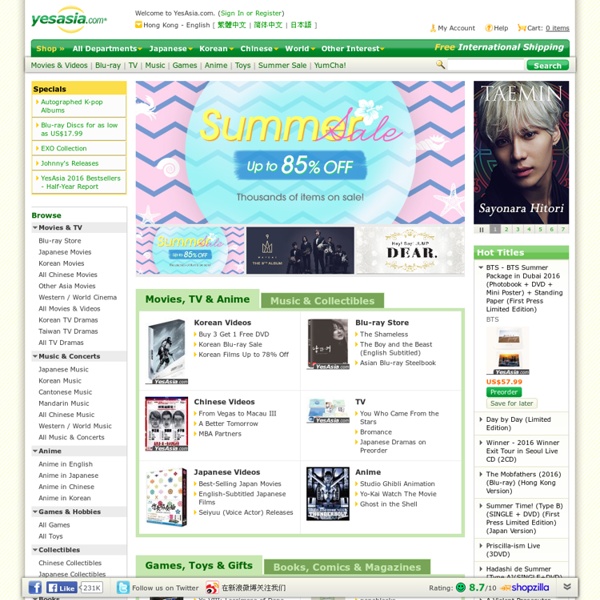 Child's Play - About Since 2003, we’ve set up and organized Child’s Play, a game industry charity dedicated to improving the lives of children with toys and games in our network of over 70 hospitals worldwide. Over the years, you as a community have answered the call and come together to raise millions of dollars. Child’s Play works in two ways. With the help of hospital staff, we set up gift wish lists full of video games, toys, books, and other fun stuff for kids. By clicking on a hospital location on our map, you can view that hospital’s wish list and send a gift. Child’s Play also receives cash donations throughout the year.

The Tokyo-based magazine about &quot;Design and Making Things&quot; » Archive » How to prepare for Hanami Sakura, the Japanese cherry blossom, is a miracle that happens over night! While the whole nation impatiently watches the Sakura-forecast on the news every night (When is it going to hit my town? Tomorrow or next week? When do I have to take a weekend off? Will it rain a lot this year or will it be warm???) the shops prepare their Sakura goods and dedicate whole areas to this nation-wide event, which only lasts a few days.

Working Stargate with Arduino Control by Carasibana This is my Remix of Glitch's working Stargate. I remixed this with the following changes: I altered the Base extensively, so that it prints in one large piece on a 150mm ^ 3 print bed ( with separate sides and a top cap ) The base also has mounting for a NEMA 17 Stepper motor , and an Arduino UNO with a Motor Shield. The Gear was modified to snugly fit onto the stepper motor, and added a hole through which the Stepper motor could be tightened to its mount. I combined some parts that were 2 pieces into one piece so that the build required less gluing and was structurally stronger I also have included the DialingSequence Arduino sketch that I wrote to control the project.

Why people can’t say I’m a proper adult With today being Children’s Day in Japan, I present a survey that is sort-of connected to the theme, a look with goo Ranking at hidden secrets that prevent people rating themselves as proper adults, for both men and women. Demographics Between the 23rd and 25th of March 2009 1,043 members of the goo Research monitor group completed a private online questionnaire. 52.2% of the sample were male, 7.8% in their teens, 17.1% in their twenties, 28.2% in their thirties, 24.8% in their forties, 11.4% in their fifties, and 10.7% aged sixty or older. Note that the score in the results refers to the relative number of votes for each option, not a percentage of the total sample. With these silly goo Rankings I do occasionally get creative with my translation, and I get some feedback from my readers about my less than literal translations, but I hope that since these surveys are just a bit of fun, any creativity (or flat-out errors) can be excused. Ranking results

Wonder Woman Mug White porcelain 300ml mug with printed decal. Views: 11845 Product Code: PP2630DC Availability: Out Of Stock This product has a minimum quantity of 12 Great Hera, I’m gasping for a cuppa! Take a break from saving the world with the Wonder Woman Mug. Checking out your Japanese girlfriend’s room goo Ranking recently took a look at what people would want to check out the first time they visited their partner’s room, for both women checking out their boyfriends and men checking out their girlfriends. Demographics Between the 20th and 22nd of August 2009 1,077 members of the goo Research monitor group completed a private online questionnaire. 51.1% of the sample were male, 8.4% in their teens, 14.2% in their twenties, 26.7% in their thirties, 28.2% in their forties, 11.1% in their fifties, and 11.2% aged sixty or older. Note that the score in the results refers to the relative number of votes for each option, not a percentage of the total sample.

The Japan Times This document was sent out several years ago after the government discovered that it had lost the pension payment records of 50 million people. The document would be used to help locate those records. The program was expensive, but very few people responded. The Ministry of Health, Labor and Welfare has announced that starting in April it will “take action” to increase the “collection rate” of national pension premiums, specifically those for kokumin nenkin, the obligatory pension plan for the self-employed and those who otherwise don’t belong to the company-supported kosei nenkin pension system.

Aqua Coconut Shy by Paladone Products Ltd., wholesale gift supply Head back to the fairground with this fun filled Aqua Coconut Shy bath game. A great way to keep the enjoyment flowing at bathtime, this is a fun and challenging game to stay happy and entertained in the tub. Aqua Cocount Shy is a bath game based on the classic fairground coconut shies, where competitors aim to knock coconuts off their stands with well aimed shots. In this aqua version, aim carefully at the targets to try and split the coconuts to win. Featuring a bath frame that fits across most standard sized baths, four coconut picture targets, and three foam balls, this is a great gift with easy to follow assembly instructions included on the packaging.

Tin Can Alley A sucker attached frame with 4 targets and a water pistol. Views: 7611 Product Code: PP2641 Availability: Out Of Stock This product has a minimum quantity of 12 Can you become the top draw shooter in Tin Can Alley? Pick off the four targets and see the cans tumble and crumple with direct hits. With a sucker attached frame, four individually coloured can targets and a plastic waterpistol, just load up, aim and fire!

S.K.Y. » Anan Sex Special I’m gonna show some captures I did from a girls magazine called Anan that made a some months ago. This magazine made the special with some collaboration from the Japanese Government try to incite Japanese girls to practice more sex and give birth to more girls (One big problem in Japan nowadays). At the first part of the magazine they explain the girls how to turn on their boyfriends, another part is full of typical questions with explanations from an expert and the last one if full of interesting charts. They even included a DVD with real actors explicit explanations that caused a little “revolution” among the girls in my office. Let’s see some of them so everyone can create his own opinion.Note: all the charts are made from data obtained from JAPANESE GIRLS between 20 and 50 years old. Anan cover some months ago.