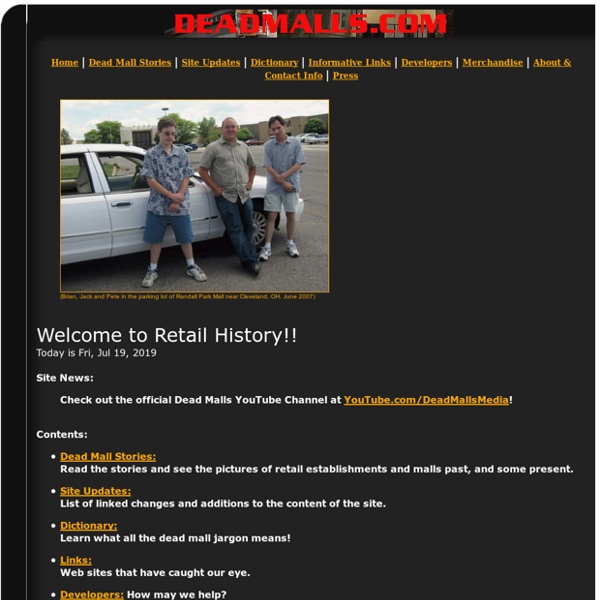 Surviving the Black Saturday Bushfires - POSTBEAM A Personal Account By David Baetge Our 100 acre property is located in Buxton directly adjacent to the Cathedral Mountain Range State Park. It was right in the middle of the firestorm which occurred in the 2009 Black Saturday bushfires. It has taken me some time to write this missive. Also, another reason for the delay in writing my account has been because I didn’t want it to have an overly-emotional aspect. I have read a substantial amount of the literature which has been printed to date about these bushfires. I think that any mis-reporting of the event is likely affected by the immediacy and trauma of the event – I simply want to report what I believe to be as factual an account of what happened to me as possible. There are several reasons for writing this missive. Initially I didn’t want to write anything about it. I realise now that I did many things wrong – even though I thought I had a reasonable understanding of bushfires and a pretty well thought-out bushfire plan. My Position 1.

the-economics-and-nostalgia-of-dead-malls OWINGS MILLS, Md. — Inside the gleaming mall here on the Sunday before Christmas, just one thing was missing: shoppers. The upbeat music of “Jingle Bell Rock” bounced off the tiles, and the smell of teriyaki chicken drifted from the food court, but only a handful of stores were open at the sprawling enclosed shopping center. A few visitors walked down the long hallways and peered through locked metal gates into vacant spaces once home to retailers like H&M, Wet Seal and Kay Jewelers. “It’s depressing,” Jill Kalata, 46, said as she tried on a few of the last sneakers for sale at the Athlete’s Foot, scheduled to close in a few weeks. The Owings Mills Mall is poised to join a growing number of what real estate professionals, architects, urban planners and Internet enthusiasts term “dead malls.” Continue reading the main story Share of malls with vacancy rates of 10 percent or higher (considered a sign of trouble) “It is very much a haves and have-nots situation,” said D. At Owings Mills, J.

Glocalization Glocalization, the simultaneous occurrence of both universalizing and particularizing tendencies in contemporary social, political, and economic systems. The term, a linguistic hybrid of globalization and localization, was popularized by the sociologist Roland Robertson and coined, according to him, by Japanese economists to explain Japanese global marketing strategies. The notion of glocalization represents a challenge to simplistic conceptions of globalization processes as linear expansions of territorial scales. Glocalization indicates that the growing importance of continental and global levels is occurring together with the increasing salience of local and regional levels. Tendencies toward homogeneity and centralization appear alongside tendencies toward heterogeneity and decentralization. But the notion of glocalization entails an even more radical change in perspective: it points to the interconnectedness of the global and local levels. Glocalization in a two-level system

A New Life for Dead Malls In case you haven’t heard, suburban malls are on the way out (sorry Paul Blart). Some have become abandoned wastelands popular for ruin porn. Others have been torn down and turned into industrial sites. According to Ellen Dunham-Jones, an architect and professor at Georgia Tech, there are about 1,200 enclosed malls in the United States, and about one-third of them are dead or dying. “The malls died for a reason,” she told me. As anchor brands such as JC Penney, Sears, and Macy's close stores and Americans show a preference for shopping online or in walkable urban centers, more malls are expected to close. But there is good news: In many areas of the country developers are finding new uses for dead malls. “Malls are being turned into medical centers, colleges, elementary schools, churches,” she said. The Highland Mall in Austin, Texas, for instance, was named one of "America’s Most Endangered Malls” by U.S. “What happens when a mall begins to deteriorate and no longer function as a mall?”

Never-before-seen photos from 100 years ago tell vivid story of gritty New York City By Associated Press Published: 13:31 GMT, 24 April 2012 | Updated: 19:55 GMT, 24 April 2012 Almost a million images of New York and its municipal operations have been made public for the first time on the internet. The city's Department of Records officially announced the debut of the photo database. Culled from the Municipal Archives collection of more than 2.2 million images going back to the mid-1800s, the 870,000 photographs feature all manner of city oversight -- from stately ports and bridges to grisly gangland killings. Always moving: Workers dig in Delancy Street on New York's Lower East Side in this photo dated July 29, 1908. A bridge too far? Genesis of a icon: In this June 5, 1908 photo, the Manhattan Bridge is less than a shell, seen from Washington Street. The main concourse of Grand Central Terminal, in New York, is seen from the Campbell apartment in this 1937 photo. 'We all knew that we had fantastic photograph collections that no one would even guess that we had,' he said.

Just two rentals in Australia affordable for single people on Newstart – report | Australia news Only two rental listings across Australia were affordable for the 500,000 single people on the Newstart allowance last month, a new report suggests. And of those homes considered affordable for those on the unemployment benefit, none were in an Australian capital city, according to Anglicare’s 10th annual snapshot of the rental market, released on Monday. The not-for-profit group’s rental affordability snapshot identified two affordable homes – both in western New South Wales – among the 69,485 advertised properties it surveyed on 23 March. “This is a wake-up call,” the report said. The report used the common definition of “rental stress” where, for a low-income person, properties that exceed 30% of their income are considered unaffordable. It also found: Welfare groups are also likely to seize on the findings to pressure both major parties during the election campaign to commit to a Newstart increase, which is $277.85 a week for a single person.

Euclid Square Mall | Architectural Afterlife Euclid Square Mall – Abandoned? Or just an eerie reminder of how easily we forget? I wanted to post this here, before more lies begin to surface across the face of the Internet. This is Euclid Square Mall – it’s not abandoned, though it has been re-purposed in ways. Though it has indeed been a dead mall since the 90s, these eerily quiet, seemingly abandoned halls are still filled with the chorus ensembles of their equally as eerie, almost post-apocalyptic church groups. In 1997, rumors erupted when talk started that Kaufmann’s would soon be closed, being dragged into expansion plans for a separate shopping center. By 2004, vendors by the name of Outlets USA took over the former Kauffman’s space, moving in if only for a short couple of years. That same year, a proposal was made to include this vacated space as part of a reconstruction project, dealing with a nearby abandoned industrial park. I remember first visiting this mall, waiting for the final store to close. Like this:

Rental Affordability Snapshot 2019 The Rental Affordability Snapshot is designed to highlight the lived experience of looking for housing while on a low income. It focuses on the Australian population who earn the least income – Commonwealth benefit recipients and minimum wage earners. Every year, Anglicare Australia tests if it is possible for people on low incomes to rent a home in the private market. We do this by taking a snapshot of the thousands of properties listed for rent on realestate.com.au. The full report, including regional reports, are available to download from at the Snapshot's interactive website: www.anglicare-ras.com. Are Malls Over? When the Woodville Mall opened, in 1969, in Northwood, Ohio, a suburb of Toledo, its developers bragged about the mall’s million square feet of enclosed space; its anchor tenants, which included Sears and J. C. Penney; and its air-conditioning—seventy-two degrees, year-round! Two years later, the Toledo Blade published a front-page article about the photo-takers and people-watchers who gathered around the mall’s marble fountain, “that gushing monument to big spending and the shopping spree.” This week, Woodville is being torn down. Part of what’s hurting the mall, obviously, is that, increasingly, people are shopping online. It’s worth noting that Caruso has a good reason to pitch the reinvention of malls to developers: outdoor malls are his company’s focus. Reinventing malls—and the stores that they house—might not be as straightforward as it seems. But, like Gap, Taubman sees its future in the two malls that it’s developing in China and in a third mall, in South Korea.

Hope in the face of horror: The people tending to gardens against a backdrop of war - RN Updated about 2 hours agoWed 3 Oct 2018, 7:02am An Afghan commander once showed Lalage Snow an oasis in the middle of a war. It was 2010 and Snow, a photographer and journalist, was embedded in Helmand province in Afghanistan. Helmand was the only area she'd been to in the country, so the commander decided to show her something other than war: his garden. He led her through an Afghan military base, to a place where she could smell "damp earth, sweet grass and flowers". "The domestication of nature in an environment intent on destroying it is curiously paradoxical," Snow writes in her book War Gardens: A Journey through Conflict in Search of Calm. Paradise amid ruins Snow has covered conflict in Afghanistan and across the world since 2007. Along the way, she documented the lives of ordinary people tending to their gardens, against a backdrop of war. One of her favourite gardeners was Mohammed Kabir, who claimed to be 105 years old. 'A different side' of life Under your skin

The death of the American mall | Cities It is hard to believe there has ever been any life in this place. Shattered glass crunches under Seph Lawless’s feet as he strides through its dreary corridors. Overhead lights attached to ripped-out electrical wires hang suspended in the stale air and fading wallpaper peels off the walls like dead skin. Lawless sidesteps debris as he passes from plot to plot in this retail graveyard called Rolling Acres Mall in Akron, Ohio. The shopping centre closed in 2008, and its largest retailers, which had tried to make it as standalone stores, emptied out by the end of last year. When Lawless stops to overlook a two-storey opening near the mall’s once-bustling core, only an occasional drop of water, dribbling through missing ceiling tiles, breaks the silence. “You came, you shopped, you dressed nice – you went to the mall. Gazing down at the motionless escalators, dead plants and empty benches below, he adds: “It’s still beautiful, though. Shopping culture follows housing culture. And it shows.

Topophilia and Topophils | PLACENESS, PLACE, PLACELESSNESS The cover of my tattered, well-used 1974 edition of Yi-fu Tuan’s Topophilia. The Various Inventions of TopophiliaThe word topophilia, which literally means love of place, was popularized by Yi-fu Tuan, a human geographer in his book Topophilia: A Study of Environmental Perception, Attitudes and Values, published in 1974. He apparently thought he had coined the word because he refers to it as a neologism that includes all of “the human being’s affective ties with the material environment” (p.93). I’ll discuss that book in a moment, but there were a couple of prior and significant, albeit brief, uses of the word. The first use seems to have been by the poet W.H. So tophophils are lovers of place, and I suppose I must also be sort of intellectual “topophil” because I have devoted so much energy to writing about place. A few years later Gaston Bachelard, the French phenomenologist, gave topophilia a slightly different and methodological meaning in The Poetics of Space.