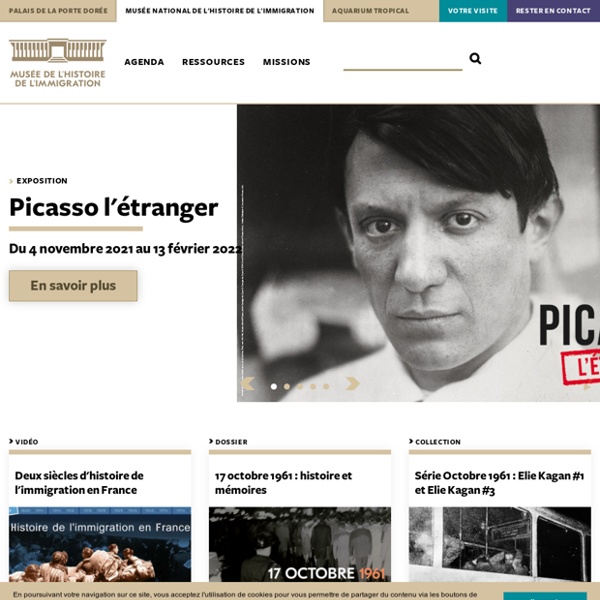 MW48 : A summary history of immigration to Britain 1. Introduction 1.1 There have always been episodes of migration to Britain but, as this paper demonstrates, those episodes were small and demographically insignificant until the Second World War. A study of official census records from 1851 until the present shows that the number of people born abroad living in Britain was very small until the middle of the twentieth century and that the growth of this population between censuses was quite slow. Inside the World's 10 Largest Refugee Camps Today, there are more refugees and internally displaced people (IDPs) than at any point since World War II. Driven from their homes by conflict, persecution, environmental calamity, or dire economic straits, these refugees—more than half of whom are children—have been deprived of their statehood, material possessions, and in many cases, their loved ones. They seek solace in purpose-built refugee camps and unplanned settlements, where they wait out their displacement, or attempt to begin life anew. Most of the world’s refugee camps were designed as temporary facilities. However, many have grown and developed into fully fledged cities, replete with vibrant economies, systems of governance, and civic institutions.

International migration: a recent history There is considerable interest in the impact of migration on the UK population, economy and society. Part of a series of UK Perspectives providing an overview of key aspects of the nation over the last three decades, this article presents some key statistics on flows of long-term migrants into and out of the UK, and the impact of migration on the UK population. 1. UK net migration has been positive every year since 1994 Net migration is the difference between the number of long-term immigrants coming to the UK and the number of long-term emigrants leaving the UK, and contributes to population change. A long-term migrant is someone who changes their country of residence for at least 12 months.

Migration - Conseil de l'Europe Migration and migrants "According to archaeologists, almost all the people on the Earth are migrants, as humanity originated in Africa about 200,000 years ago and then spread all over the world – to Europe, Asia, Australia and the Americas. … Nowadays there are about 200 million migrants in the world, and the problems and opportunities related to migration are fiercely debated by politicians and ordinary people all over the globe. … We could name the 21st century ‘the age of migrants'." Boris Altner, journalist1 People move constantly in today's globalised world. Migration erodes traditional boundaries between cultures, ethnic groups and languages, and adds to diversity, cultural and economic richness.

Danida: Analyse af migration og flygtningebevægelser til Europa 2016/03 A cookie is a small text file, which is placed on your computer or other devices. It makes it possible for us to recognize your computer and gather information about which pages and functions are visited with your computer. Cookies contain only anonymous information. Cookies are used by most websites and are in many cases essential for the website to work properly. Cookies on this website Migration Watch UK An asylum seeker is somebody who has submitted an application for asylum in another country because he or she fears persecution in the home country and is awaiting a decision. A refugee is someone who has been granted asylum. (Paragraph 3)The UK received around 40,000 applications for asylum in 2015, the highest number since 2004. (Paragraph 5).The average rate of grant in the last ten years (using cohort analysis data), including grants following appeal, is just over 50% (paragraph 9)Yet, of those denied asylum in the last ten years, just 40% were removed. (See also paragraph 9).

sans titre As long as you look on migration as a problem, as something to solve, you’re not going to get anywhere. You have to look at it as a human reality that’s as old as humankind. It’s mankind’s oldest poverty reduction strategy. As citizens, we have to find a way to manage it.William Lacy Swing, Director General International Organization for Migration (IOM), 2017 Most of the migrants from France between 1990 and 2017 went to Spain, followed by USA and United Kingdom. Asylum figures The national figures on asylum The Federal Office publishes data updated on a monthly basis concerning developments in the asylum applications filed in Germany, on the ten countries of origin with the highest number of applicants arriving, as well as on the decisions made by the Federal Office concerning the asylum applications, and statistical data on transfer requests that have been filed in the Dublin Procedure. The statistics also provide information on how the data have developed in comparison to previous years. In accordance with Article 4 of Regulation (EC) NO 862/2007 of the European Parliament and of the Council on Community statistics on migration and international protection, the Federal Office is the national data supplier for the European Commission (Eurostat) in the field of asylum statistics. You will find links to the wording of the Regulation and to Eurostat’s online database in the right-hand column of the German-language version of this article.

Unauthorized Immigrant Population Profiles Learn about the estimated 11 million unauthorized immigrants living in the United States. Where do they live? When did they arrive in the United States, and from which origin countries? What are their levels of education, top industries of employment, incomes, parental and marital status, health care coverage, and more? And how many are potentially eligible for relief from deportation via deferred action? U.S. Customs and Border Protection - Stats and Summaries U.S. Customs and Border Protection Snapshot - March 2016 The CBP Snapshot provides a general overview of CBP leadership, mission sets, basic statistics and more. CBP Border Security Report Fiscal Year 2015

The CMS Archive - The Center for Migration Studies of New York (CMS) The CMS Archive consists of more than 100 collections that document the immigrant experience in North America from the mid-19th to the 21st century. The archive is an especially rich source for Italian-American studies, offering papers of individuals from the worlds of education, entertainment, labor, politics and publishing, and the records of community organizations such as parishes and educational and historical associations. For more information or to request access to documents, please contact archives@cmsny.org.