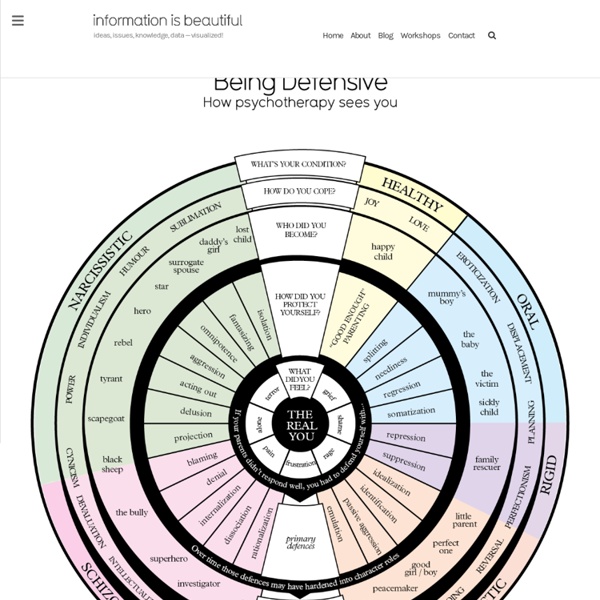 Uncanny valley In an experiment involving the human lookalike robot Repliee Q2 (pictured above), the uncovered robotic structure underneath Repliee, and the actual human who was the model for Repliee, the human lookalike triggered the highest level of mirror neuron activity.[1] Etymology[edit] The concept was identified by the robotics professor Masahiro Mori as Bukimi no Tani Genshō (不気味の谷現象) in 1970.[5][6] The term "uncanny valley" first appeared in the 1978 book Robots: Fact, Fiction, and Prediction, written by Jasia Reichardt.[7] The hypothesis has been linked to Ernst Jentsch's concept of the "uncanny" identified in a 1906 essay "On the Psychology of the Uncanny".[8][9][10] Jentsch's conception was elaborated by Sigmund Freud in a 1919 essay entitled "The Uncanny" ("Das Unheimliche").[11] Hypothesis[edit] This area of repulsive response aroused by a robot with appearance and motion between a "barely human" and "fully human" entity is called the uncanny valley.

A Short Dictionary of Psychoanalysis Views: 3466 All subjects have their specialised vocabularies; a set of words that initially sound unusual, even a touch frightening, but that can also prove oddly beautiful and beguiling. To their enemies, key words are mere jargon, but jargon has its advantages: it allows us swiftly to get a firm hold of ideas that might otherwise have been confusing and cumbersome.

Studies of the Effectiveness of Psychoanalytic Psychotherapy Evidence-Based Psychodynamic Psychotherapies Peter Fonagy, PhD[1] This piece essays to cover the same ground as the preceding chapter by Westen and his collaborators, but with an even larger reference list that more comprehensively covers the wider psychotherapy research world outside the United States, with Fonagy’s own arena of work centrally in the United Kingdom. Dealing With Someone Who Won't Stop Talking CREATISTA/Shutterstock One day recently Jean*, a young professional woman, started her session with me by ranting about one of her co-workers. “The man does not stop talking,” she said. “Today he asked me how my weekend went, and before I could utter a word he started telling me about everything he had done.” We all know someone like this man—people who talk without listening, who seem to think that what they have to say is as fascinating to everyone else as it is to them, and who don’t seem to understand that listening is an important part of communicating and connecting to others. What makes these people tick?

49 Fascinating YouTube Videos to Learn About the Human Body As any doctor, nurse practitioner or other health care professional knows, the body is an interesting system. In many ways, it’s like a machine, with many complex parts. There is a lot to learn about the body and how it works, as well as how its different systems interact to create a larger system. Here are 49 interesting YouTube videos that can help you learn about the human body: Why we should rethink what we've been told about consciousness Consciousness is one of the great mysteries of science – perhaps the greatest mystery. We all know we have it, when we think, when we dream, when we savour tastes and aromas, when we hear a great symphony, when we fall in love: it is surely the most intimate, the most sapient, the most personal part of ourselves. Yet no one can claim to have understood and explained it completely. There’s no doubt it’s associated with the brain in some way but the nature of that association is far from clear. How do these three pounds of material stuff inside our skulls allow us to have experiences?

Reading and Analyzing Research Papers Objective: Read a research paper and identify its contributions and limitations. Summarize the paper's contributions and limitations clearly, succinctly, and articulately. You can return to the review later and quickly refresh your memory about what the paper was about. How Languages We Speak Affect The Way We Think Keith Chen (TED Talk: Could your language affect your ability to save money?) might be an economist, but he wants to talk about language. For instance, he points out, in Chinese, saying “this is my uncle” is not as straightforward as you might think. Pepperoni Pizza Puffs If I ask my kids what they want for dinner, there's a ninety percent chance they will say pizza. They love it, as most kids do. I guess I have an affection for it too, but we don't indulge too often. If I had to choose a favorite pizza, it would be the Hawaiian, but no one else in my household appreciates its flavors like I do, too bad for them.

What It's Like on the Autism Spectrum - James Hamblin Intense stories of family with autism spectrum disorder, as submitted by Atlantic readers barockschloss/flickr In our print magazine this month, Hanna Rosin tells the story of her son Jacob's diagnosis with Asperger syndrome, in the context of the psychiatric community's recent change in the definition of the disorder to part of what's now known as autism spectrum disorder. We received a lot of thoughtful responses from readers who have experience with the disorder in their own lives, themselves or their families, about how the diagnosis has affected them, and what the changes in definition mean to everyone.