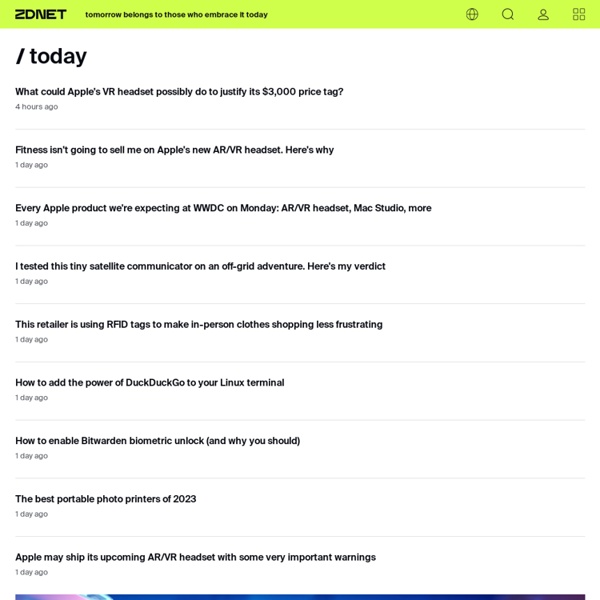 Eric Raymond I agree with +David Formosa about Facebook. They've had years to show that the lack of anonymity leads to a troll-free environment, and they have failed in that regard and there are notable cases of trolling. It's not the anonymity of the Internet, but the remote nature of it. You can say things without fearing immediate consequences. Facebook also seems to lack good moderation for its size.

Science Education on the Edge · Why I abandoned my AppleTV for Airserver In which an Apple fan chooses a cheaper alternative for sharing iPad screens. Simply put, there are times that I need to show content-related stuff to my class so we can engage material as a group. Call it lecture, call it discussion, call it whatever you like. When I first started teaching, that consisted of a chalkboard and my lame drawing skills. A Lesson at the Zoo: Enhancing Field Trips with iPads Recently I hosted 20 teachers in my school district at the zoo for an afternoon. The idea was to explore how we might use iPads during a field trip. It was certainly an exciting form of professional development. Instead of sitting at a desk and listening to someone like me talk about what you could do, we just went out and did it! Teachers had a lot of fun, and many ideas were shared. Below are some of the activities that we (I co-hosted the afternoon with a colleague, Diane) gave to the teachers, as well as some ideas that came to mind throughout the afternoon.

Teaching and Learning: Using iPads in the Classroom Updated 01/2014 If I had thirty iPads in my class, what would I do with them? How would I use them to help my students learn better and help me teach better? Perhaps a better question is what would I do with them that I could not do with other tools that are available and cheaper? Certainly iPads are cheaper than computers, desktop or laptop, and they are more mobile. Speaking of computers, they were supposed to be the transformation of teaching and learning as we know it. The Fakeproject Corporation of America Presents: A Cheap, Easy, and Scandinavian WiFi Antenna. HI INTERNETS! This page is about something I did in Moscow in 2006. I answered many questions about the project (including "IS IT REAL OMG") here. I just moved to Moscow, to a nice flat in the center. There's supposed to be DSL here, but, well, there isn't.

Online commenting: the age of rage For a while after his first TV series was broadcast in 2009, comedian Stewart Lee was in the habit of collecting and filing some of the comments that people made about him on web pages and social media sites. He did a 10-minute Google trawl most days for about six months and the resultant collected observations soon ran to dozens of pages. If you read those comments now as a cumulative narrative, you begin to fear for Stewart Lee. 39 Sites For Using iPads in the Classroom Pages Friday, October 7, 2011 39 Sites For Using iPads in the Classroom How Much Did Steve Jobs Change the World? You might be reading this on your iPhone, iPad or computer, but whether or not you have a Macintosh or a PC, Steve Jobs is responsible for so much of the technology we are using today.

Apps for Professional Development Twitter App (free) Twitter is one of the most active and beneficial social networks on the web. All educators would be wise to join the conversation. If you haven’t used Twitter yet, I would recommend that you read these excellent blog posts: Google Voice (free)