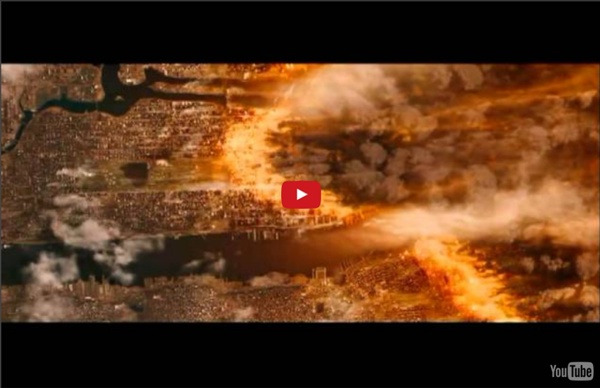 The Yin and Yang of Relaxation I have come to believe that those who study martial arts should never look on the Yin Yang figure as a mere symbol. Instead they should think of it as a formula, an equation written with pictures instead of numbers. You may feed in certain ideas, then see what comes out on the other side of that equal sign. Here is an example of that figure, the spiral alternation of black and white. This clearly shows that the basic idea behind the Yin and Yang picture characterizes these states as continually turning into one another: Yin to Yang and Yang to Yin. You can grab any two opposites in the martial arts and use this formula to comprehend their complementary aspects. Trillion dollar lawsuit & Bilderberg Trillion dollar lawsuit exposes secret Bilderberg Gold Treaty & funding of extraterrestrial projects Michael E. Salla, MA., Ph.D. © January 18, 2012 www.exopolitics.org

TRANSCRIPTION: Total Recall by Indigo Child Matias De Stefano * Click HERE to visit our Official Facebook page and be sure to "Like" us!!! (opens in a new window) * Also visit in5D Connection where you can find your soul mate or join one of our amazing groups. EVERYONE is welcome! Matías De Stefano website Prohibited Education website Introduction to Tarot Cards Tarot Class by Michele Introduction to the Tarot The course will be generic in nature and will not be keyed to any specific deck. As long as you are using a standard Tarot deck with a theme that does not cause the interpretations to stray too far from the traditional, you should be able to follow along. The interpretations given will be simple, basic and have been culled from many sources. They are by no means "the correct" interpretations, but they will be based on the "traditional" meanings.

Ezine Sacred Geometry Sacred geometry involves sacred universal patterns used in the design of everything in our reality, most often seen in sacred architecture and sacred art. The basic belief is that geometry and mathematical ratios, harmonics and proportion are also found in music, light, cosmology.

Russian Roswell The History Channel’s UFO Files continues with its theme of worldwide ‘Roswells’, after bringing us Britain’s Roswell, Mexico’s Roswell and Texas’ Roswell. This latest episode tells us all about the Russian Roswell. Kapustin Yar was the former Soviet Union’s most sensitive air base, even exceeding America’s Area 51 for the levels of secrecy that shrouded it. UFO Files claimed that it was to present never-before-seen footage of the base, reconnaissance photos and even a virtual tour of its hidden depths. Kapustin Yar was created as the site for the development of the Soviet Union’s space program after the end of World War II.

Which star system did YOU originate from? Last updated on July 6, 2011 at 12:00 am EDT by in5d Alternative News * Visit in5D Connection where you can find your soul mate or join one of our amazing groups. EVERYONE is welcome! Which star system did YOU originally come from? Creation & Activation / Sigil Daily Sigil creation is a fantastic introduction into chaos magick, and a good way to begin your exploration of occult concepts. It’s also extremely easy to do, completely safe, and only requires a bit of time and a few items you almost certainly have readily available. Although there are many, many variations of the rituals for creating and activating a sigil, we’re presenting the most newcomer-friendly versions below. We’ve also written the ideas out in plain English, and with a bit of context for why you’re doing these specific steps at all.

CHAKRA Image courtesy of: The principle connection points between one state and another of our being are constituted by the chakra whose access can be found along the spine to the top of the head and beyond (the Onios Channel). Knowledge of the Chakra belongs to the Hindu, Jainist and Buddhist traditions spread throughout the West by Theosophy. However certain Western treatises exist in which one can presume there was also a knowledge of these ‘centres of force’ on the part of alchemists and mystical Christians such as Jacob Bhome (1575-1624) and some of his pupils, in particular Johann Georg Gichtel (1638-1710), author of Practical Theosophy (1727). Every chakra is a multidimensional energetic node, a vortex of vital energy and a refinery of substances and faculties which correspond to specific physical organs, certain ‘powers’ and aspects of our way of being.

Kapustin Yar Kapustin Yar (Russian: Капустин Яр) is a Russian rocket launch and development site in Astrakhan Oblast, between Volgograd and Astrakhan. Known today as Znamensk (Russian: Знаменск), it was established 13 May 1946 and in the beginning used technology, material and scientific support from defeated Germany. Numerous launches of test rockets for the Russian military were carried out at the site, as well as satellite and sounding rocket launches. Open Street Map of the area. The 4th Missile Test Range "Kapustin Yar" was established by a decree of the Soviet Government "On Questions of Jet Propelled Weapons" on 13 May 1946.

You Are Stardust: Teaching Kids About the Universe in Stunning Illustrated Dioramas By Maria Popova “Everyone you know, everyone you ever heard of, every human being who ever was … lived there — on a mote of dust suspended in a sunbeam,” Carl Sagan famously marveled in his poetic Pale Blue Dot monologue, titled after the iconic 1990 photograph of Earth. The stardust metaphor for our interconnection with the cosmos soon permeated popular culture and became a vehicle for the allure of space exploration.