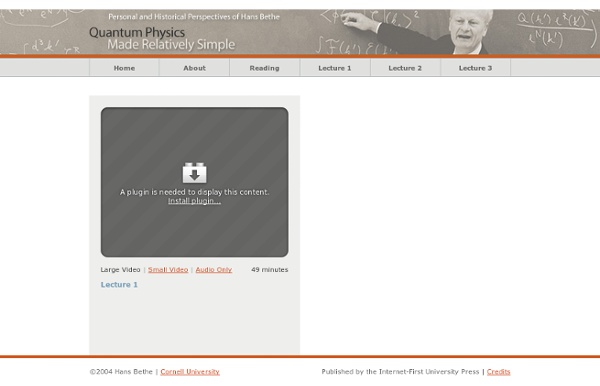 The Language of Light This page is dedicated to the incredible beauty and lyrical nature of the ‘Language of Light’. This universal language in it’s many forms is known throughout all of God’s creation by all living beings, both physical and non-physical. Although each race or lifeform creates their own unique variation of this language, the highlighted ‘angelic script’ illustrated below is the original language of Creation. It is also known as the Mother Tongue or the Language of the Angels. Each and every being is fluent in this language on a subconscious level, for it is the language of the soul and spirit. To continue, the angelic ‘language of light’ began to manifest itself to me upon my awakening. In addition, each of the angelic scripts and interdimensional symbol codes below are ‘living languages’; sending out resonant beneficial frequencies to all who view them. Thanks and enjoy, Bryan

Physics Homework Help, Physics Help, Physics Tutors Physics I: Classical Mechanics - Download free content from MIT Einstein for Everyone Einstein for Everyone Nullarbor Press 2007revisions 2008, 2010, 2011, 2012, 2013 Copyright 2007, 2008, 2010, 2011, 2012, 2013 John D. All Rights Reserved John D. An advanced sequel is planned in this series:Einstein for Almost Everyone 2 4 6 8 9 7 5 3 1 ePrinted in the United States of America no trees were harmed web*bookTM This book is a continuing work in progress. January 1, 2015. Preface For over a decade I have taught an introductory, undergraduate class, "Einstein for Everyone," at the University of Pittsburgh to anyone interested enough to walk through door. With each new offering of the course, I had the chance to find out what content worked and which of my ever so clever pedagogical inventions were failures. At the same time, my lecture notes have evolved. Its content reflects the fact that my interest lies in history and philosophy of science and that I teach in a Department of History and Philosophy of Science. This text owes a lot to many. i i i

Boston chemist wins Houston-based Welch Award A Boston scientist who harnessed the power of nuclear magnetic resonance to elucidate the structure of molecules has won the 2011 Welch Award in Chemistry, a prestigious prize given by the Houston-based Welch Foundation. The tools devised more than four decades ago by Massachusetts Institute of Technology chemist John Waugh, 82, are still used in labs today. "Dr. Waugh discovered how to use NMR to study solids, creating a collection of tools that allows researchers to view the structures and properties of proteins, membranes, viruses and many other critical components of life," said Ernest Cockrell, chair of The Welch Foundation. "Ultimately, new applications in fields as diverse as medicine and batteries can trace their way back to the research techniques he initiated." The award carries a $300,000 prize, and Waugh will receive a gold medallion at a ceremonial dinner on Monday night. "It opened up the possibility of determining molecular structure," Waugh said.

5 Ways Mindfulness Changed My Life | Inspiration and Encouragement for Mindful Living Hi Gorgeous Soul! If you're new here, you may want to subscribe to the email newsletter to receive exclusive updates that uplift and inspire. Thanks for visiting! It’s incredible to me how mindfulness has changed my life. When we understand on a very real level that everything we focus on we are bringing into our lives, we begin to see that there are fewer and fewer things that really deserve that kind of power. This is incredibly liberating and powerfully creative. As a result of the laser-like focus of mindfulness, I’ve learned the following life-altering things: 1. 2. It’s also a joy now to hear about new things that others are doing, and to be excited for them. 3. In asking myself, over and over, in so many beautifully present moments, “What do I love now? Should I feel guilty that I’m not: training for a marathon, writing the next great novel, learning Chinese and travelling constantly? 4. Now, it’s obvious to me that being a size 0 is not on my priority list, and that’s perfect. 5.

The Science Creative Quarterly & A DIALOGUE WITH SARAH, AGED 3: IN WHICH IT IS SHOWN THAT IF YOUR DAD IS A CHEMISTRY PROFESSOR, ASKING “WHY” CAN BE DANGEROUS - StumbleUpon SARAH: Daddy, were you in the shower? DAD: Yes, I was in the shower. SARAH: Why? DAD: I was dirty. The shower gets me clean. DAD: Why does the shower get me clean? SARAH: Yes. DAD: Because the water washes the dirt away when I use soap. DAD: Why do I use soap? DAD: Because the soap grabs the dirt and lets the water wash it off. DAD: Why does the soap grab the dirt? DAD: Because soap is a surfactant. DAD: Why is soap a surfactant? DAD: That is an EXCELLENT question. DAD: Why does soap form micelles? DAD: Soap molecules are long chains with a polar, hydrophilic head and a non-polar, hydrophobic tail. SARAH: Aidrofawwic DAD: And can you say ‘hydrophobic’? DAD: Excellent! DAD: Why does it mean that? DAD: It’s Greek! SARAH: Like a monster? DAD: You mean, like being afraid of a monster? DAD: A scary monster, sure. (pause) SARAH: (rolls her eyes) I thought we were talking about soap. DAD: We are talking about soap. (longish pause) DAD: Why do the molecules have a hydrophilic head and a hydrophobic tail?