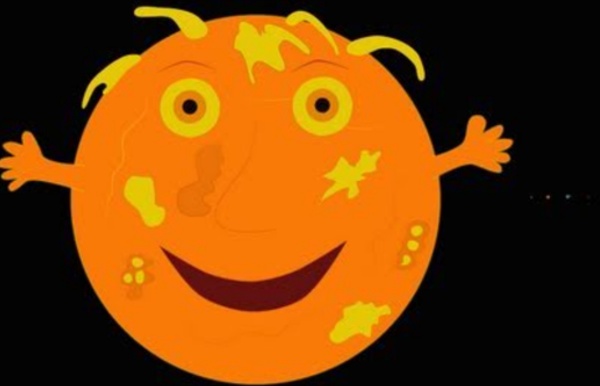 Beyond 2012: Why the World Didn't End Beyond 2012: Why the World Didn't End If you're reading this story, it means the world didn't end on Dec. 21, 2012. Despite reports of an ancient Maya prophecy, a mysterious planet on a collision course with Earth, or a reverse in Earth's rotation, we're still here. The Mayan connection "was a misconception from the very beginning," says Dr. John Carlson, director of the Center for Archaeoastronomy. "The Maya calendar did not end on Dec. 21, 2012, and there were no Maya prophecies foretelling the end of the world on that date." › Read More About the Mayans 50 Years of Incredible Space Images From the European Southern Observatory This week marks the 50th anniversary of one of the world’s leading astronomical institutions, the European Southern Observatory. In honor of ESO’s birthday, we take a look at some of its most stunning shots of the night sky, amazing objects in space, and the organization's beautiful telescope facilities. ESO started when astronomers from five European countries – Belgium, France, Germany, the Netherlands, and Sweden – came together on Oct. 5, 1962 to build a telescope in the Southern Hemisphere. Having a large telescope south of the equator gave these member states access to unprecedented clear skies and celestial objects that simply can’t be seen from the Northern Hemisphere, such as the Magellanic Clouds. Over the decades, many more countries have joined, including Denmark, Switzerland, Italy, Portugal, the United Kingdom, Finland, Spain, the Czech Republic, Austria, and, in 2010, Brazil, which became the first non-European state to join. Above:

Universe Today — Space and astronomy news The Falcon 9 and Dragon capsule stand ready for launch prior to the detection of a helium leak in one of the engines forcing a scrub of the launch attempt on April 14. 2014 – now reset to April 18, 2014. Credit: nasatech.net NASA and SpaceX are marching forward towards a Friday, April 18 liftoff attempt for the Falcon 9 rocket sending a commercial Dragon cargo craft on the company’s third resupply mission to the International Space Station following the scrubbed launch attempt on Monday, April 14 – forced by the discovery of a Helium gas leak inside the rocket during the latter stages of the countdown. An on time blastoff of the upgraded Falcon 9 sets the stage for an Easter Sunday rendezvous and berthing of the Dragon resupply spacecraft at the massive orbiting outpost packed with almost 5000 pounds of science experiments and supplies for the six person crew. However the weather prognosis is rather [click to continue…]

collect space space history and space artifacts news Long before the first Instagram from space, the first check-in from orbit, or even the first astronaut's tweet, John Glenn sent an email to Bill Clinton. The reply it prompted was the very first email transmitted by a sitting U.S. president — it just happened to be to space. April 18, 2014SpaceX launches science-packed Dragon capsule on space station supply run A commercial cargo spacecraft loaded with more than two tons of scientific experiments and equipment lifted off for the International Space Station on April 18, after more than a month of delays. SpaceX's Dragon launched on a Falcon 9 rocket from Cape Canaveral.

Practical tips By Opal Dunn, educational consultant and author Introduction Young children learn English differently from most adults. Most have an innate ability to pick up English while taking part in activities, by making sense of what they are doing and picking up the adult’s language that accompanies the activity. You can find out more in the British Council booklet ‘How young children learn English as another language’, also available on the parents pages of the LearnEnglish Kids website. Planned English sessions

Clearest Way to Teach Moon Phases...EVER! I originally found an idea similar to this online and I knew that I had to immediately make a run to the Dollar Tree and rummage through our science storeroom to collect the needed supplies to make this. Essentially, this Moon Phase board allows students to visualize and better understand the cause of moon phases and comprehend the 2 different views that are often given on a diagram (view from space and view from the Earth). Up to this point, I've done a Lunar Lollipop Investigation, which I thought was great, but this beats it by a long shot! Across Our Blogs: Mars Curiosity Rover Moonrise, New Rover, Billion Pixel Marsscape Seems the Mars Curiosity Rover has been a busy little six-wheeled fellow these past few weeks. Here's a roundup of news related to the rover, from top Technorati listed science blogs... From ArsTechnica - Curiosity rover shoots video of Martian moonrise - NASA released a time-lapse video of the Martian moon Phobos, as it ascends into view.

Magnifying the Universe Embed this infographic on your site! <iframe width="500" height="323" scrolling="no" src=" frameborder="0" allowfullscreen></iframe><br />Copyright 2012. <a href=" the Universe</a> by <a href=" Sleuth</a>. The Ultimate Non-Toy Gift Guide for Active Outdoorsy Kids The holidays are almost officially upon us, so I thought I’d share just a few (ok, more than 50!!) of our favorite gifts, products and ideas for active outdoorsy kids! If you’re desperately looking for the perfect gift for a curious, fun, active kid in your life, but are tired of giving toys that just break or get discarded after a few uses, this is your ultimate gift guide. I’ve been working on assembling this list for months and I’ve selected more than FIFTY awesome ideas for gift giving. We’ve got everything from DIY gift bundles, to services, memberships, products, experiences and much more! No matter what age, size, interest, location or budget, we’ve got a gift idea for you and the outdoorsy kid in your life!

Your Age on Other Worlds Want to melt those years away? Travel to an outer planet! <div class="js-required"><hr> This Page requires a Javascript capable browser <hr></div> Fill in your birthdate below in the space indicated. (Note you must enter the year as a 4-digit number!) Click on the "Calculate" button. 3D Animation Library Animations can be viewed within your web browser or downloaded for play from your computer. In some genes the protein-coding sections of the DNA ("exons") are interrupted by non-coding regions ("introns"). RNA splicing removes the introns from pre mRNA to produce the final set of instructions for the protein.