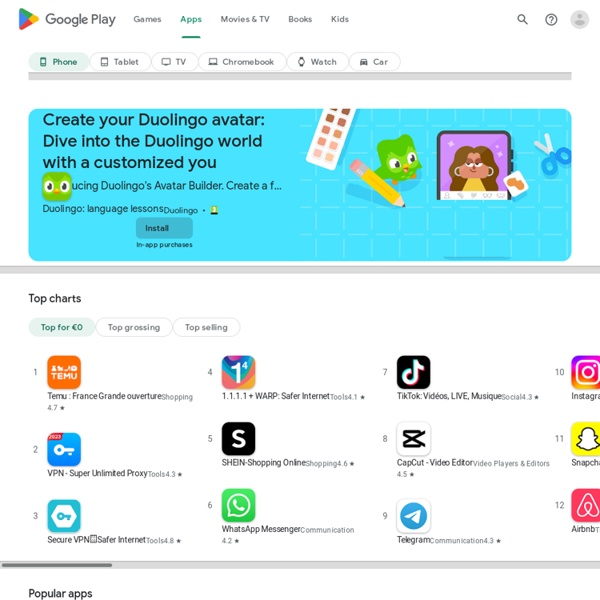 Induction magnétique Lumières de vélo (Mod) Reelight is a commercial product by a Danish company. At present, they're the only large manufacturer of these induction-powered bike lights that I know of. I've attached some diagrams from their manual, below, showing how the lights work. The problem with Reelights, though, is that they are mounted directly on the wheel axles. This makes the actual product small and compact (the coil and light are in one integrated unit) but has a number of shortcomings:

Drôle BeatBox SoundBoard Free soundboard for trolling all day long! This app contains the best parts from the trololo song immortalized by Eduard Khil, and also the full music. Contains the following sounds: - 11 best parts of the song to play whenever the moment asks to- The full song- Link for the oficial Youtube video Main features: Doculicious LOGIN Create a web form in minutes that generates PDF! Doculicious lets you create web forms that generate PDF files. Upload your existing PDF forms and Doculicious will convert them to web forms. Easily design and build your forms using our web based WYSIWYG tool. Get the generated PDF emailed to you or multiple custom address fields. Doculicious will automatically create a web form you can embed on your site.

101 Google Tips, Tricks & Hacks Looking for the ultimate tips for Google searching? You've just found the only guide to Google you need. Let's get started: 1. Une roue ingénieux amortisseur pour vélos et fauteuils roulants When Israeli farmer Gilad Wolf broke his pelvis in 2008, he resolved not to lets his crops wither on the vine and became determined to turn his wheelchair into a workhorse. s By Softwheel SoftWheel makes rides smoother using "symmetric and selective technology," that employs three compression cylinders to absorb shocks within the wheel before they're transferred to rider. "We bought off-the-shelf bicycles and within 10 minutes we put SoftWheels on them, it was just plug and play," says SoftWheel CEO David Barel. SoftWheel CEO David Barel believes his suspension gives riders a clear advantage over traditional chairs. "Most of the time, the user is driving a rigid wheel with no suspension and it breaks your back and shakes your filings loose," he says.

Free games and Flash games BOXINGA simple punching-based boxing game.Controlled with the keyboard. DICEWARSDice-based strategy game. How quickly can you conquer your foes? RD3 - Groovebox G-Stomper Studio is a Music Production Tool, highly optimized for doing Electronic Live Performances in Studio Quality. It's a feature packed, Step Sequencer based Drum Machine/Groovebox, an Analog Modeling Synthesizer (VA-Beast), a polyphonic + a monoponic Step Sequencer for melodies, a Track Grid Sequencer for Beats, a Piano Keyboard, 24 Drum Pads, an Effect Rack, a Master Section, a Line Mixer and a Live Pattern/Song Arranger. Wherever you are, take your mobile device and start straight away creating your own music.The integrated VA-Beast is a polyphonic virtual analog Synthesizer to produce complex synthetic sounds of any variety, designed for experienced sound designers as well as for complete beginners. So it's up to you if you just explore the Factory sounds or if you start right away with designing your own sounds in impressive studio quality.