Test Yourself The tree of life Vesica piscis Secret Geometry 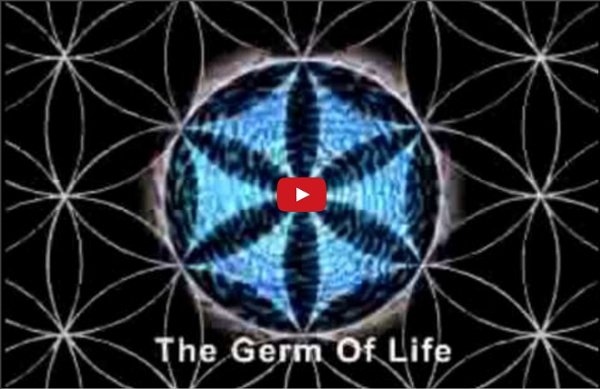 Persistence Now, if your going to do something well you must be persistent at it, single minded in its delivery: you'll first find a wealth of team players willing to offer up strict advice, guidelines and then support; it's your idea, and as such, only accept sincerity, to the rest, ignore. Keep working at it ... And, dwell upon your task with focus and flow: Sooner or later, your persistence will engage them once again. They'll try to berate you for it. Their only way to engage at this stage will be imitation and reverse engineering. Continue into the area they call achievement and self satisfaction ... with this achievement comes one question: What the fuck have you done? Music to be inspired::Chinese Man Records - "Goals" by LeYan:: Goals by ChineseMan

Three-Phase Power I recently moved my shop, and in addition to the big issues, from forklift rental to sleep deprivation, we also had to deal with things like three-phase power, a variation of power delivery often used for big equipment. The old shop had it and the new shop doesn't. So what the heck is three-phase power and how can you convert machinery to go from the more common single-phase to three-phase and vice versa? Read on. For us, the impact was limited because only the air compressor had a three-phase motor. Some of the welding equipment had been running on three-phase, but can easily be re-configured to run on either three-phase or single-phase. But first, a short explanation of three-phase power. Alternating current does just as it's name implies and alternates cyclically, first flowing in one direction in a circuit and then reversing to flow in the other. Three-phase power provides three alternating currents—essentially three separate electric services—uniformly separated in phase angle. 1.

The Global Jobs Crisis: Jobs in Asia? Talking about the current jobs crisis and options for foreigners in Asia: from northern China to Singapore, job options for foreign nationals are limited if not tied to, predominantly education, universities, middle schools and teaching English as a second language. This protects the indigenous labour market, while holding no racist stigma, and helps in turn to provide language tools to further exploit western markets. In a drive to export and expand business networks overseas, and for the region. The protectionist values set for the local Asian job markets by governments within the region, puts a cap on the influx of foreign nationals, who might otherwise demand higher salaries, which in turn, raises the export values of commodities into the international trade and export market, used to sell cheap Asian goods to the world. Export, well beyond tourism, is one of the key facilitators of international business and economic relationships with western countries, in Asia.

Solar power without solar cells: A hidden magnetic effect of light could make it possible A dramatic and surprising magnetic effect of light discovered by University of Michigan researchers could lead to solar power without traditional semiconductor-based solar cells. The researchers found a way to make an "optical battery," said Stephen Rand, a professor in the departments of Electrical Engineering and Computer Science, Physics and Applied Physics. In the process, they overturned a century-old tenet of physics. "You could stare at the equations of motion all day and you will not see this possibility. We've all been taught that this doesn't happen," said Rand, an author of a paper on the work published in the Journal of Applied Physics. Light has electric and magnetic components. "This could lead to a new kind of solar cell without semiconductors and without absorption to produce charge separation," Rand said. What makes this possible is a previously undetected brand of "optical rectification," says William Fisher, a doctoral student in applied physics.

To Excel People, to Excel... I’m rapidly heading for that age where personal achievement is paramount, an age where we must consider the terms and conditions of who we have become; and thus, strive to achieve some form of balance in respects to our particular place on the big magnet; that which, at best gratifies us to the tune of gratifying others: to strive to excel. Nevertheless being, my excellence is of no greater measure than those I know, respect and admire. It is clear to me, excellence is currently far from a modern social construct; a construct, by which the fruits of society are distributed. Moreover, to excel in a social environment, seems to herald failure, and at best contradicts societies fundamental requirement to exploit, and keep the average a majority. Unless, of cause, your excellence is built on the basis of your societies current afflictions. Where is my mind (The Pixies cover) by Maxence Cyrin

Timeless Wisdom Life and Flow The vibrancy here is intense: I sat in a little foot massage shop on Soi Bua Khao last nigh. Watching as the dancing dusk danced her soft red light over the tops of the terraced rooves. The housing lining the narrow street scape invisable behind the clutter of wares at street level. Her dance fading, slowly now the life that darkness brings; a surreal neon glow, the miss-proportioned street signs above us draw you into their line of sight. The hum of traffic, mobile food sellers, the abundance of motorbikes darting between a steady flow of ten Baht taxi-buses curb-crawling for passengers.

Starting With Nothing and Ending Up With Everything by Bruce Rawles Question: What's black and white and blinks in and out of existence 1044 (a lot) times per second? And is in every 1/1033 cubic centimeter of space (every teeny tiny bit)? Answer: Hey ... Everything! —W. Robynne McWayne from the book Radical Reality Okay, it's time to dig down into the mental archives of your high school geometry class. If your geometry teacher was typical, the subject of the infinitesimal point was probably glossed over quickly to usher you into more "important" theorems and pragmatic applications. But let's hit the virtual PAUSE button on the subject of the point for a while, and give it the attention it deserves. The Infinitesimal Point A pure, ideal, mathematically pristine and glittering point occupies no space. Wait just a picosecond. If so, or even if you did boggle on it a while, let's explore the dimensionless point a bit further ... so you'll get my point ... about the point. Now that could come in handy. Think about it. You are the entire universe.