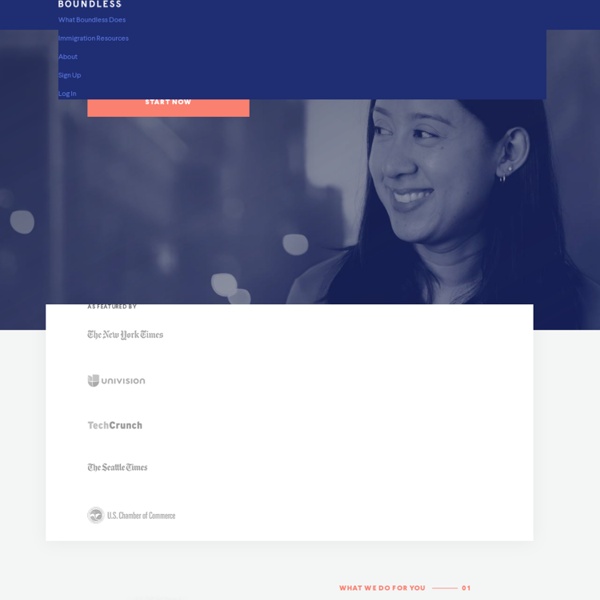 “The company says the textbooks are as good as ones you may buy from a college bookstore, and the app even lets you search for a textbook you need... For those looking to save cash or for help with the fundamentals, however, Boundless gets an A.” “The average, estimated, full-time undergraduate budget – including books and supplies, transportation and dorm expenses – totals $3,291... For intro classes, use the website Boundless.” “Boundless has content for a wide range of college subjects, most of it for popular entry-level courses where traditionally-assigned textbooks would have spanned multiple editions already...Cross-check any books you’ve been assigned and Boundless will return comparable matches.” “Boundless aims directly at students themselves, promising them the highest-quality open-access content in the best possible technology platform.”

Simple Subjects and Simple Predicates/Verbs - GrammarFlip Go to... Simple Subjects and Simple Predicates/Verbs QuizzesStatus Affordable Learning at Scale With OER Open Educational Resources Affordable Learning at Scale With OER Open educational resources free students and faculty from the tyranny of the textbook. Here's how to encourage large-scale adoption. By Dian Schaffhauser10/28/15 Gerry Hanley has a vision. Georgia Is Segregating Troublesome Kids in Schools Used During Jim Crow - Pacific Standard Georgia has been illegally and unnecessarily segregating thousands of students with behavioral issues and disabilities, isolating them in run-down facilities and providing them with subpar education, according to an investigation by the United States Department of Justice. Some of the students in the program were schooled in the same inferior buildings that served black children in the days of Jim Crow. The investigation found that many of the buildings lack gyms, cafeterias, libraries, labs, playgrounds, and other amenities. "It's a warehouse for kids the school system doesn't want or know how to deal with," a parent told the Justice Department of the program. The Justice Department detailed its findings in a letter earlier this month to Georgia's governor and attorney general.

British Columbia Government Lends Support to Open Textbooks Cable Green, October 16th, 2012 The government of British Columbia, Canada’s westernmost province, has announced its support for the creation of open textbooks for the 40 most popular first- and second-year courses in the province’s public post-secondary system. The texts will be available for free online, or at a low cost for printed versions, to approximately 200,000 students. The first texts under this project could be in use at B.C. institutions as early as 2013 for courses in arts, sciences, humanities, and business. BCcampus, a publicly funded collaborative information technology organization serving the higher-education system, will engage B.C. faculty, institutions, and publishers to implement the open textbook project through an open request for proposals. David Porter, executive director for BCcampus, explained why CC licenses are crucial to this project.

Global Text Project We maintain the chapters for all Global Text Project books in open document format with extensive use of style sheets so that we can quickly convert them into different media or formats. Global Text Project books have been internationalized and converted to a standard format using OpenOffice. You can access individual chapters in open document format and modify them to meet your needs. We control changes to the master version of each chapter, so please report corrections and suggestion changes to the Associate Editor. There are two ways to find books, by directory or by search. Directory

EnglishWaves.fr - The french radio station that speaks English! Suffragette by Paul Anderson Audio Play / pause <p>JavaScript is required. Dell Releases Statistica Free to Higher Ed Data & Analytics Dell Releases Statistica Free to Higher Ed Dell has launched a free version of its Statistica advanced analytics software for college students and professors in the United States. The company made the announcement at the Educause 2015 conference taking place from October 27-30 in Indianapolis, IN. According to information from Dell, there is a "nationwide shortage of data scientists and other professionals with data analytics skills." In an effort to boost student interest in data analytics, help those students prepare for careers in the field and support research, the company launched the Dell Statistica Free Academic Program, which allows professors to incorporate the software into their courses for hands-on practice and use the software in their own research endeavors.

6 Websites or Apps You Need to See Before School Starts The arrival of August can shift our thoughts back to the classroom. But before you head back to your students this fall, take some time to check out these websites that can make your teaching experience easier and help you engage students in new ways. 1. BAM! David Lippman Professor David Lippman has saved students a million dollars. David co-wrote two math textbooks and built iMathAS, a free, open-source math assessment and course platform. Nearly all of his work is licensed under a Creative Commons license, allowing others to access, reuse, and edit his work for free. Unlike traditional publishers that won’t publish known textbook errors out of fear of compromising their business, David wants edits.

160 Free Textbooks: A Meta Collection Free textbooks (aka open textbooks) written by knowledgable scholars are a relatively new phenomenon. Below, find a meta list of 200 Free Textbooks, and check back often for new additions. Also see our online collection, 1,500 Free Online Courses from Top Universities. Shakespeare and Nicki Minaj’s ‘Anaconda’: 15 seconds that will motivate your teenagers #15secondshakespeare is a new awesome Twitter trend similar to Ice Bucket Challenge. It involves people reciting a 15-second snippet of a popular song – anything from Taylor Swift to Gangnam Style – as dramatically as possible. Some famous actors have joined in and the results are HILARIOUS! For more details and example videos check out this information here: The moment I read about this, I thought it could be a fantastic activity for a highly motivating project with teenagers.

Google Fonts We believe the best way to bring personality and performance to websites and products is through great design and technology. Our goal is to make that process simple, by offering an intuitive and robust directory of open source designer web fonts. By using our extensive catalog, you can share and integrate typography into any design project seamlessly—no matter where you are in the world. Our font directory places typography front and center, inviting users to explore, sort, and test fonts for use in more than 135 languages. We showcase individual type designers and foundries, giving you valuable information about the people and their processes, as well as analytics on usage and demographics.