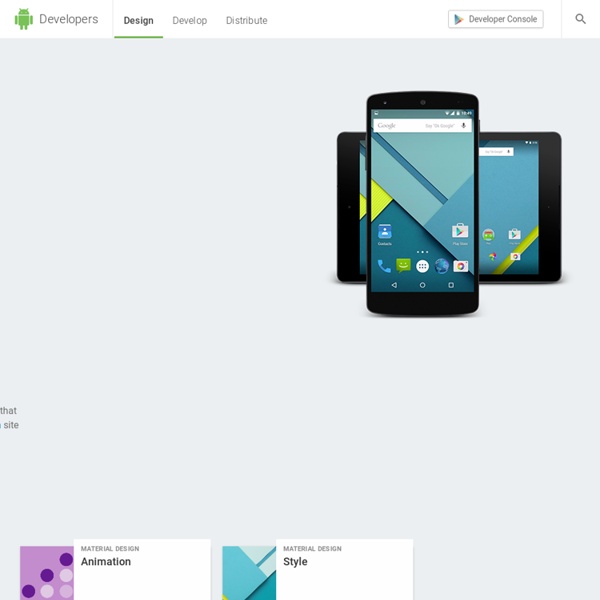 Redesigning The Country Selector The country selector. It’s there when you create an account for a new Web service, check out of an e-commerce store or sign up for a conference. The normal design? A drop-down list with all of the available countries. However, when conducting a large session of user testing on check-out usability (which we wrote about2 here on Smashing Magazine back in April 2011), we consistently found usability issues with the massive country selector drop-downs. Jakob Nielsen reported similar issues as far back as 20003 and 20074 when testing drop-downs with a large number of options, such as state and country lists.

Workshop / Chrome Experiments Unfortunately, either your web browser or your graphics card doesn't support WebGL. We recommend you try it again with Google Chrome. Navigation design for Windows Store apps Organize the content in your Windows Store app so your users can navigate easily and intuitively. Using the right navigation patterns helps you limit the controls that are persistently on screen. This lets people focus on the current content.

Collecting Payment Information Within a Single Input For years the advice for mobile designers has been to avoid text input . Screens are small, fingers are imprecise, and so errors happen. But at the same time mobile devices are always with us, always on, and always connected. .htaccess Files for the Rest of Us .htaccess files are used to configure Apache, as well a range of other web servers. Despite the .htaccess file type extension, they are simply text files that can be edited using any text-editor. In this article, we'll review what they are, and how you can use them in your projects. Please note that .htaccess files don't work on Windows-based systems, although they can be edited and uploaded to a compatible web server, and on Linux-based systems they are hidden by default. In order to work with htaccess files locally, to see how they work and generally play around with them, we can use XAMPP (or MAMP) on the Mac - a package that installs and configures Apache, PHP and MySQL. To edit these .htaccess files on Mac, we should use a text editor that allows for the opening of hidden files, such as TextWrangler.

Sizes of iPhone UI Elements How to detect the current device size and kind Other dimensions common to all screen sizes: Points vs. Pixels Apple introduced retina displays starting with the iPhone 4.

Guidelines from Android dev center by denright May 16