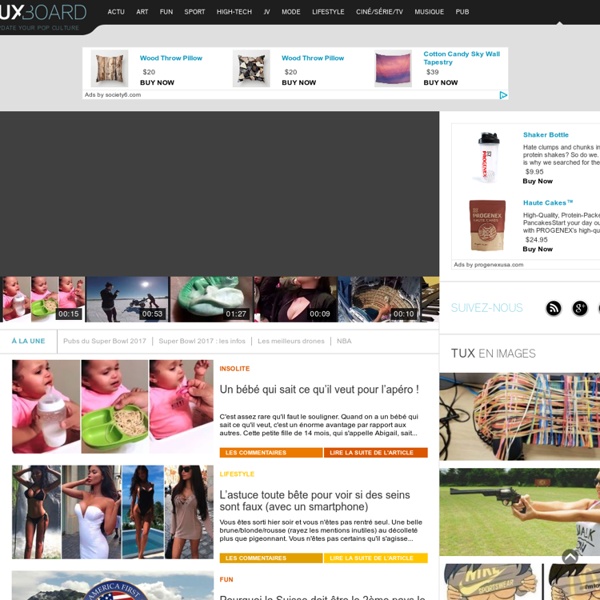 Home Remedies for Pimples, Zits and Skin Blemishes Embrace Home Remedies! We've all had that big meeting, date, or party that the appearance of a pimple the night before or the morning of has spoiled. Instead of taking center stage at our big event, many of us hide behind napkins, our hair, or even worse, cancel our plans altogether. Web Sound - Komar and Melamid & Dave Soldier - The People's Choi Komar and Melamid & Dave Soldier The People's Choice Music The Most Wanted Song A musical work that will be unavoidably and uncontrollably "liked" by 72 ± 12% of listeners The Most Unwanted Song Fewer than 200 individuals of the world's total population will enjoy this

phys.org Russian scientists claimed Wednesday they have discovered blood in the carcass of a woolly mammoth, adding that the rare find could boost their chances of cloning the prehistoric animal. An expedition led by Russian scientists earlier this month uncovered the well-preserved carcass of a female mammoth on a remote island in the Arctic Ocean. Semyon Grigoryev, the head of the expedition, said the animal died at the age of around 60 some 10,000 to 15,000 years ago, and that it was the first time that an old female had been found.

A3. How do I get rid of a cyst? Basic Method for Treating a Cystic Pimple The best way to treat a cyst is to put a warm compress on it several times a day (a tip from my aesthetician). You don’t want to use very hot water, but water at a temperature in between hot and lukewarm where you can dip your finger in the water and barely feel any discomfort.What you do is basically soak a clean towel, cotton ball, or sponge in warm water and apply to the cyst until the towel, cotton ball, or sponge loses heat. When it cools off, re-soak in warm water (tip: re-heat the water in microwave, but make sure it's not scalding hot!) and reapply the compress to the cyst. Natural Acne Treatments - Get rid of pimples Acne vulgaris -basic acne- is a self-limited disorder primarily of teenagers and young adults, although perhaps 10 to 20% of adults may continue to experience some form of the disorder. The permissive factor for the expression of the disease in adolescence is the increase in sebum release by sebaceous glands after puberty. Small cysts, called comedones, form in hair follicles due to blockage of the follicular orifice by retention of sebum and keratinous material. The activity of lipophilic yeast (Pityrosporum orbiculare) and bacteria (Proprionobacterium acnes) within the comedones releases free fatty acids from sebum, causes inflammation within the cyst, and results in rupture of the cyst wall.

How to Remove the Redness of a Pimple: 13 Steps Edit Article Home RemediesGeneral Practices to Keep Your Skin Pimple-Free Edited by Krystle C., Tom Viren, Rob S, Bryan Woodbury and 43 others cheap, natural mole removal using supplies you have at home So, I wouldn’t say my skin is my best feature. It’s freckly, tans well but in different shades depending on where it is on my body, I have freckles on my knees, and I have moles. Quite a few actually. 3 Ways to Stop Whiteheads Edit Article Edited by Sb1005, Red Heron, Teresa, Andrew and 7 others Three Methods:Treating WhiteheadsPreventing WhiteheadsUsing Home Remedies Whiteheads, also known as closed comedones, are a mild form of acne which look like small, white bumps on the skin.