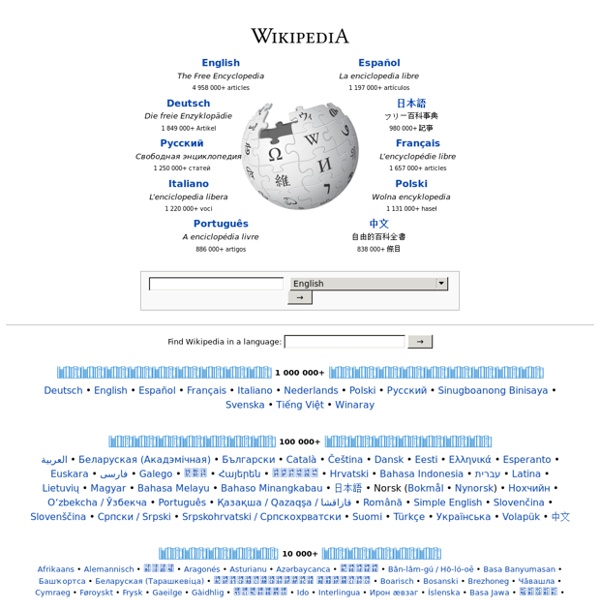 glob Since I feel this is rather vague and non-helpful, I thought I'd make a post detailing the mechanics of the glob regex. glob uses two special symbols that act like sort of a blend between a meta-character and a quantifier. These two characters are the * and ? The ? matches 1 of any character except a / The * matches 0 or more of any character except a / Blog Discussion or informational site published on the World Wide Web The emergence and growth of blogs in the late 1990s coincided with the advent of web publishing tools that facilitated the posting of content by non-technical users who did not have much experience with HTML or computer programming. Previously, a knowledge of such technologies as HTML and File Transfer Protocol had been required to publish content on the Web, and early Web users therefore tended to be hackers and computer enthusiasts. In the 2010s, the majority are interactive Web 2.0 websites, allowing visitors to leave online comments, and it is this interactivity that distinguishes them from other static websites.[2] In that sense, blogging can be seen as a form of social networking service. Indeed, bloggers not only produce content to post on their blogs but also often build social relations with their readers and other bloggers.[3] However, there are high-readership blogs which do not allow comments.

Definition of Image by Merriam-Webster im·​age| \ ˈi-mij 1a : a visual representation of something: such as (1) : a likeness of an object produced on a photographic material Get Vimeo It’s finally here: the OFFICIAL Vimeo Windows Phone app! We packed all the best parts of Vimeo into one app for your Windows Phone. Now you can upload, manage, and watch videos from anywhere. And whenever you need more inspiration, you can browse great videos that match your interests in our member-curated Channels and Groups. What is Vimeo? It's a friendly place where anyone who takes or loves video can watch, share, discover, and be inspired. Claudia Galanti par Roberto Rocco pour Formen 2010 best-topmodel Share this: Like this:

Image Artifact that depicts or records visual perception The act of making an image with a mobile phone camera. The display of the mobile phone shows the image being made. Wikispaces - Web 2.0 Tools for Teachers Blogs Versus Wikis Blogs and Wikis have some common denominators:  They are both websites  They are both user-generated (the content of blogs and wikis is created by the actual people who use the blogs or wikis)  They both allow users to comment on the content Wikis are better than blogs for:

I pearled the opening page of Wkipedia because I like to choose my language instead of my web browser doing it for me! by gormcc May 1

Wikipeida has been proven to be an incredible tool. While it is true that anyone can put in their two cents, many of the people who do add are professionals. This is why wikipedia was created. Wikipedia has also been proven to be more reliable to experts(regardless of their field or speciallty) than to the average person who reads articles. Through careful use and healthy skepticsm it is invaluble and useful. It has already surpassed Encyclopedia Britannica as the largest and most effective Encyclopedia on the web(even though EB requires subscription fees). One must also remember that this site operates on a similar principle: collaboration for a common goal, regardless of personal ability and qualification. by the_eclectic_boy Mar 29

People in the United States are weak when it comes to languages. There was a time during which a second language was required. That is no longer true. by ricwag1142 Sep 24

I speak what language I know like everyone else does here .Most of the members are now english . The head and founder of pearltrees who is French speaks both English and French here . You want to speak French feel free . Pearltrees was founded in France but it isn't a French site . It is open to all languages . If I want to know what the French or Spanish etc are talking about I use google translate . I don't go around telling them what to speak . by mirlen101 Sep 22

Evernote does seem to be the most popular . I have a hard time organizing data because I'm interested in everything ! And I also wander around getting distracted by shiny data ;-) My pearltrees have become so immense that the drop down list becomes useless when it is opened all the way . So I have resorted to the drop zone to sort later by internal search . You asked for a world history changing site . Facebook would be one . I hate to say that because I hate Facebook but recent world events has noted Facebook as the hub of the world wide rioting . Where countries have fallen to rebellion . by mirlen101 Sep 1

I have to say mirlen, you are an excellent tactician. If I have an extremely heavy class load that is very similar to how I approach the reading assignments. I also factor in the teacher and what they apply the most emphasis on in class. The largest problem that I have is focusing on the task at hand in an assignment. Without wandering through multiple tangents I found interesting that a search engine has thrown out. boboesq: I will check out the program dictator right after I finish here. I am also looking for a program that will help me to organize, capture, and retain all the information that I dredge up. I have tried: imizer, it has a lot of potential, but the amount of controls are daunting if you do not have the time. The simplest, most flexible, and links to your phone as well program I have found is: evernote. Plus it is free. My apologies for rambling on. by suntzutao Aug 31

This scanning is helpful but also harmful . We are becoming Attention deficit . People speaking and writing in short twitter like terms . Reading shallow instead of in depth . But I really get what you are talking about . I can't shove info in fast enough ! I scan fast and read slow ! ;-/ I'm a sponge though ! In highschool I had the 2 hardest classes according to the masses. They were both history and pretty boring . I used a method that took very short time and delivered high grades. I would read the questions at the back of the chapter first . Then would scan the chapter paragraphs from the front for each questions answer by looking for key words provided by each question ! I found that the answers were all connected by key words within the questions . I could do an hours work in 15 minutes ! People would ask if I was going to do the asignment ! When I told them I was finished they would just look at me in amazment ;-) I had one of the highest test scores ! by mirlen101 Aug 30

Here here! Anyone else found that they no longer read in the same way? I scan read very quickly in order to select amongst say 10 different web pages, But absorbing the infomation in text contained in books has become much harder.I am currently experimenting with a speed reading program: Man i wish there was a way to just absob the infomation via Osmosis! haha! by boboesq Aug 30

I personally enjoy the hunt for information, regardless of the source. Different generations require different skills to conduct research. When I was a young man, you had to know where to locate the books that you needed for your research. Once located you had to find the information hidden within thousands of pages of text. (I realize this is an over-simplification.) Now, with the internet holding more information then has ever been available in history. The primary skill for research has been the ability to determine the veracity of the information that you find. All this aside, nothing beats a good book in your hands on a quiet afternoon. Not only that, could you name me one web site that has so moved a person or government, that history has been changed? by suntzutao Aug 29

I think books are going the way of 35mm film cameras. I'll miss the physical browsing of the old used bookstores . And the look and feel of the vintage books . But digital makes sense in so many ways . For one less trees needed for pulp ! Good riddance to newspapers as well ! There are so many advantages to digital books ! The possibilities are endless ! by mirlen101 Jun 28

They are planning to make money by next year . They are waiting to see how it goes . They have something like 5 million invested here ! They hope this site will go viral ! So they can make money . They were hoping to make money by having paid content . It sounds like it won't work the way they were thinking . But they seem open to new ideas about how they might profit from this site . by mirlen101 Jun 28

Boboesq: I respect your point of vew: Remember our time is limited. If you find something, or want to share something, please do it today. Send it to me via Email: koloplus@gmail.com ... If you have time visit one of my web site, I have more than 20 ... by multicoaching Jun 28

You guys are crazy! books are so bulky, heavy, and take up far to much room!! i have the entire "project gutenburg " iso file on my hard drive and all my favorite books scanned or downloaded as pdfs!! go fo it everyone-create your very own private library like the kings of the past , while living in a tiny appartment in the city!! by boboesq Jun 28

I love it! So selfless of its creators too, the fact that, unlike the majority of innovative websites, they didn't make any money! by pooka_mcphelimy Nov 8

I love wikipedia, sure it may have its downsides but for instant gratifications of those random questions and thoughts that pop into my head it cant be beaten. by boboesq Jul 14