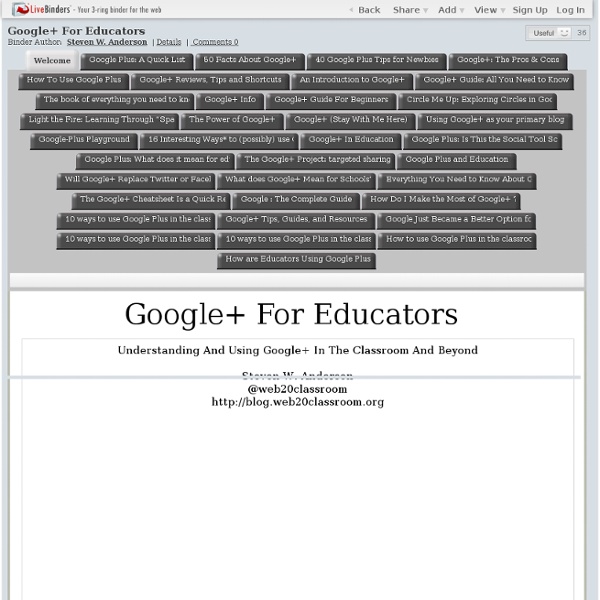 5 Years of YouTube Politics [INFOGRAPHIC] YouTube, which has quickly become the media site of record, has put together an infographic celebrating five years of political highs and lows. If someone important does anything wonderful, stupid or wonderfully stupid on camera — it is likely the site has the video. This is typically true of the political arena, as politicians often make gaffes while they're on the road, whether it's during bill debates or a casual conversation. YouTube and other video hosting sites provide a place where the public can find and watch hours of clips featuring elected officials. Of course, it's not all fail videos and mistakes, YouTube has also played an increasingly large role in elections and the day-to-day operations of the White House. Take a look at how YouTube and politics have grown, from President Barack Obama's weekly addresses, CNN's debates in 2007 to the 2012 presidential announcement videos.

Google+: The Complete Guide Using Google+? Add Mashable to your circles. You'll get the latest about new Google+ features and tips and tricks for using the platform as well as top social media and technology news. Guide updated January 18, 2012 Google+: It's the hot social network on the block. Google+, however, isn't the easiest thing to understand. A recent change new and old Google+ users should take note of is Search Across Your World launched on Jan. 10, 2012. Now Google can pull search results from your Google+ friends and material from other Google+ users whom you don't follow who have related content labeled public. We will continuously update this guide as new initiatives such as the Search Across Your World are started, further integrating Google+ into the Google ecosystem. We decided to dig into every aspect of Google+, from Hangouts to Circles, from Google+ Pages to what's next for Google's social network. So, without further ado, here is Mashable's complete guide to Google+: What Is Google+? Profile Photos

Use Gmail, Docs, Google Calendar Offline With the Chrome App Last week Google launched the Offline Google Mail Chrome App. The app which is available for free in the Chrome Web Store will allow you to read and respond to messages in Gmail even if you don't have an Internet connection. When you get to a place where you do have an Internet connection your messages will be sent. Items in your Google Docs and Google Calendar accounts can also be viewed offline now. Applications for Education When I read about the new Google Mail Chrome App I immediately thought of my students who spend close to an hour on a school bus each morning and afternoon. How Google Dominates Us by James Gleick In the Plex: How Google Thinks, Works, and Shapes Our Lives by Steven Levy Simon and Schuster, 424 pp., $26.00 I’m Feeling Lucky: The Confessions of Google Employee Number 59 by Douglas Edwards Houghton Mifflin Harcourt, 416 pp., $27.00 The Googlization of Everything (and Why We Should Worry) by Siva Vaidhyanathan University of California Press, 265 pp., $26.95 Search & Destroy: Why You Can’t Trust Google Inc. by Scott Cleland with Ira Brodsky Telescope, 329 pp., $28.95 Tweets Alain de Botton, philosopher, author, and now online aphorist: The logical conclusion of our relationship to computers: expectantly to type “what is the meaning of my life” into Google. You can do this, of course. Google is where we go for answers. The business of finding facts has been an important gear in the workings of human knowledge, and the technology has just been upgraded from rubber band to nuclear reactor. Most of the time Google does not actually have the answers. “That’s true,” said Brin.

How to Migrate from Facebook to Google+ If you have a lot of time and information invested in Facebook, it’s not easy moving to a new social network. Here are a few tips on moving your information from your Facebook account to your shiny new Google+ account. Moving social networks isn’t the easiest thing to do, but luckily there are a few tools we can use to migrate pictures, videos, and friends. Wall posts and messages don’t make sense to migrate between networks so we are going to leave those out. Export Facebook Information Start by downloading all of your Facebook information. On the settings tab click “learn more” next to “download your information.” Enter your password and click continue; you will be sent an email once your download is ready. Once you receive the email, click the link to download a zip of all of your files. Extract the files and open the index.html file to verify all your information is there. Import Photos Google+ uses Picasa web albums to share pictures. Share Your Photos on Google+ Import Your Videos

10 ways to use Google+ in the classroom | The Theatre Professor Circles Obviously you are going to want to create a circle for your class and guide them through making a circle for the class as well. But as cool as that is, it doesn’t stop there. You can also make a circle for announcements and important links and drop any posts in that you know you may use every semester. Photos/Video Because photos and videos are dropped into albums, privacy settings allow you to make albums that only certain circles can see. Google Talk Because google is already part of my “always open” tab club it is much easier to set up a place for students to initiate a quick chat session through google rather than the ANGEL chat client or Skype. Ability to control notification methods Google+ alllows the user to determine just how they will be contacted with new material has been posted, messages sent, photos tagged. Mobile apps Google+ now has a mobile app available for iPhone and for Droid. Group Work By creating smaller circles students can work in groups. Hang outs Michelle

Managing Google+ Circles : 7 Essential Tips One of Google+’s main advantages is privacy management by way of organizing your friends into different circles. While this makes perfect sense, this idea isn’t as intuitive as you might think because of the years of Facebook and Twitter habits ingrained in us. As it is a new concept, some people feel circles are cumbersome and tedious to manage – but it doesn’t need to be that way. Not at least, if you follow these essential tips: 1. Don’t feel obliged to add someone into a circle Unlike facebook and just like twitter, you don’t have to approve people who want to connect with you on Google+ . So the rule of thumb, if you don’t want to listen to this person’s stream, you probably shouldn’t add them to any circle at all – not even your acquaintance circle. This greatly lessens the burden of managing circles, and dramatically cuts down on the noise you get in your stream. 2. People you know probably come from different groups. A: People I want to share my general status updates 3. 4. 5. 6. 6.

The Google+ Guide For Educators Home » Education, Social Media Written by Grace2 August 2011 Unless you've been living under a rock the last month, undoubtedly you've heard of the new social networking site everyone has been raving about: Google+. All this buzz has generated some great articles (my to-read pile just keeps growing!) Here's my Google+ Guide for Educators: So what do you think about Google+? Share this post with your friends and colleagues: Google Docs Why Google Docs? Google Apps is a tremendous platform for facilitating online collaboration in your classroom, or beyond. It is freely available on the Web and if you are familiar with other word processors, spreadsheets, and presentation programs, you can easily use Google Docs. The chat feature on presentations makes it possible to create a "permeable classroom" by bringing experts into a lesson to interact with students online. Here are some benefits of Google Docs: It is available from anywhere and anytime with an Internet connection. Note: Google Docs in part of Google Apps, a suite of tools that also includes Gmail, Google Calendar, Google Talk, and Google Sites (for web page creation). Google Docs Tools Google Docs is comprised of five tools that all work together. Documents is an online word processor and multimedia editor. Presentation is an online slideshow tool. Create, fomat, edit, and publish a presentation online. Spreadsheet is an online spreadsheet tool.

Why Google Plus Hangouts is the Killer App: Docs Google Plus got a bunch of new features today, many of them involving Hangouts, the video chat feature. This is not the only social network with video chat in town, but Hangouts always had some stand-out features. First of all, they can be public, so anyone can see one in their stream and join in, which is a very honest interpretation of the word "social." They also support two-way chat for up to 10 people, which can be chaotic, but often in a fun way. Today's update brought Hangouts to mobile devices, and it added "On Air" mode to allow users to broadcast to the public (once On Air opens to everyone, that is). All these features sound like fun. Making Stuff Together With screensharing and a shared sketchpad, and especially with Docs, Google Plus is now a platform for making stuff together, face-to-face. Plus for the Enterprise? So, does that mean enterprise collaboration suites like Citrix or WebEx are in danger? Would you use Google Plus Hangouts for work?

100+ Google Tricks That Will Save You Time in School – Eternal Code [via onlinecolleges.net] With classes, homework, and projects–not to mention your social life–time is truly at a premium for you, so why not latch onto the wide world that Google has to offer? From super-effective search tricks to Google hacks specifically for education to tricks and tips for using Gmail, Google Docs, and Google Calendar, these tricks will surely save you some precious time. Search Tricks These search tricks can save you time when researching online for your next project or just to find out what time it is across the world, so start using these right away. Convert units. Google Specifically for Education From Google Scholar that returns only results from scholarly literature to learning more about computer science, these Google items will help you at school. Google Scholar. Google Docs Google Docs is a great replacement for Word, Excel, and PowerPoint, so learn how to use this product even more efficiently. Use premade templates. Gmail Use the Tasks as a to-do list.