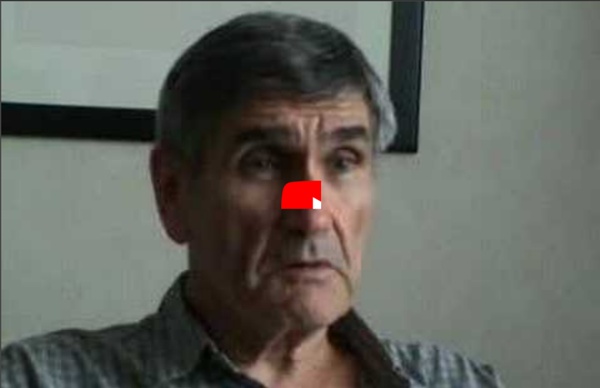 Gestalt psychology Gestalt psychology or gestaltism (German: Gestalt – "shape or form") is a theory of mind of the Berlin School. The central principle of gestalt psychology is that the mind forms a global whole with self-organizing tendencies. This principle maintains that the human mind considers objects in their entirety before, or in parallel with, perception of their individual parts; suggesting the whole is other than the sum of its parts. Gestalt psychology tries to understand the laws of our ability to acquire and maintain meaningful perceptions in an apparently chaotic world. In the domain of perception, Gestalt psychologists stipulate that perceptions are the products of complex interactions among various stimuli. Origins[edit] Both von Ehrenfels and Edmund Husserl seem to have been inspired by Mach's work Beiträge zur Analyse der Empfindungen (Contributions to the Analysis of Sensations, 1886), in formulating their very similar concepts of gestalt and figural moment, respectively. Reification

The One Conversational Tool That Will Make You Better At Absolutely Everything Ask yourself: If you could interview like Walter Cronkite, would you get more value from your meetings? Would your mentors become more valuable? Would your chance encounters with executives in elevators and thought leaders in conferences yield action items and relationships? The answer is yes. “As someone who had little to no experience in business--outside of running my own one-man freelancing operation--all that's really saved me (so far) from madness are the skills I used as a journalist,” says Evan Ratliff, who wrote for magazines like The New Yorker before founding his startup, The Atavist. Good questions can move your business, organization, or career forward. The problem is, most of us ask terrible questions. But we don’t have to. The following advice can make you a much better interrogator, not to mention conversationalist: Don’t Ask Multiple-Choice Questions When people are nervous, they tend to ramble, and their questions tend to trail off into series of possible answers.

About Dr. Marshall Rosenberg — Visionary Leader Marshall B. Rosenberg, Ph.D. is the founder and director of educational services for the Center for Nonviolent Communication, an international peacemaking organization. He is the author of Speak Peace in a World of Conflict, the bestselling Nonviolent Communication: A Language of Life, as well as Life-Enriching Education and several NVC booklets. Growing up in a turbulent Detroit neighborhood, Dr. Dr. A sought-after presenter, Rosenberg’s teaching style is both intimate and powerful. With guitar and puppets in hand, a history of traveling to some of the most violent corners of the world, and a spiritual energy that fills a room, Rosenberg is a revolutionary leader we should all watch.

The INFJ’s and INTJ’s Blind Spot (and How to Overcome It) Our biggest blind spot pops up when we mindlessly munch chips while reading, or ignore our bodies. Don’t you love learning? I’m in a flow state when I get to spend the entire day studying something that fascinates me. As a child, I hated school because it got in the way of my reading. I used to sneak books into church and hide them in my songbook. The stuff I wanted to feed my mind was way more interesting than anything the adult world prioritized. I’m sure a lot of INFJs and INTJs — two of the introverted Myers-Briggs personality types — can relate. (What’s your personality type? We can stuff a massive amount of information into our heads. Actually, information can have calories. For example, those GoPro videos of skateboarders plummeting down mountain roads past cars and trucks are most likely SPs. Extroverted Sensing is also the INFJ’s and INTJ’s biggest weak spot. The Blind Spot of the INFJ and INTJ As INTJs and INFJs, we have Extroverted Sensing as our blind spot. You might like:

Home - Restorative Circles untitled Praise versus Encouragement Most of us believe that we need to praise our children more. However, there is some controversy regarding this point. If we always reward a child with praise after a task is completed, then the child comes to expect it. However, if praise is not forthcoming, then its absence may be interpreted by the child as failure. According to Naomi Aldort, "Children who are subjected to endless commentary, acknowledgment, and praise eventually learn to do things not for their own sake, but to please others." But the avoidance of all praise is not a solution either. One of the main differences between praise and encouragement is that praise often comes paired with a judgment or evaluation, such as "best" or "highest" in these examples. According to Bolton (1979, pg 181): Evaluative praise is the expression of favorable judgment about another person or his behaviors: "Eric, you are such a good boy." According to Ginott (1965): According to Taylor (1979): "Mr. "Bravo! "Splendid! Sam: It's scary. Mr. Mr.

Mahatma Gandhi Biography Early Life Indian nationalist leader Mohandas Karamchand Gandhi, more commonly known as Mahatma Gandhi, was born on October 2, 1869, in Porbandar, Kathiawar, India, which was then part of the British Empire. His father, Karamchand Gandhi, served as a chief minister in Porbandar and other states in western India. His mother, Putlibai, was a deeply religious woman who fasted regularly. Young Gandhi was a shy, unremarkable student who was so timid that he slept with the lights on even as a teenager. In 1885, Gandhi endured the passing of his father and shortly after that the death of his young baby. Upon returning to India in 1891, Gandhi learned that his mother had died just weeks earlier. Spiritual and Political Leader When Gandhi arrived in South Africa, he was quickly appalled by the discrimination and racial segregation faced by Indian immigrants at the hands of white British and Boer authorities. Gandhi formed the Natal Indian Congress in 1894 to fight discrimination. The Salt March

What is Humility? The Power Of Humility with 5 Practical Exercises At first sight, the ancient virtue of humility is not a particularly appealing one. Deriving from humus (earth), it appears to clash with our current valuation of self-worth and self-realization. But humility has nothing to do with meekness or weakness. And neither does it mean being self-effacing or submissive. In the past decade, in particular, psychologists have rediscovered the importance of humility. Adopting a more humble mindset increases our overall psychological wellbeing and ensures our social functioning. The History of Humility Humility is a core value in many ancient ethical and theological frameworks. The Greek philosopher Socrates held that wisdom is above all, knowing what we don’t know. Aristotle understood humility as a moral virtue, sandwiched between the vices of arrogance and moral weakness. An accurate understanding of our strengths and weaknesses is still a core feature of current definitions of humility. What Is Humility In Psychology? Peter Hill and Elizabeth K.

20 great questions to ask instead of “How are you doing right now?” “How are you doing right now?” That’s the question I’ve been defaulting to on the phone, over text, and over Zoom chats during this time of ballooning, Covid-19-fueled communications. It was a useful question at first—an assumption-free signal of care. But it’s become a query that seems to now inspire a scripted, reflexive response. This often includes an acknowledgment that someone is “hanging in there” despite the circumstances, while also feeling gutted for the folks who are struggling more than they are, or risking their lives to save others—the healthcare workers, the food deliverers, the parents who are homeschooling and working at the same time, the single mothers who have the virus, being tended to by their toddlers. When we keep asking the same question, or no questions at all, we lose out on a chance for deeper connections with our conversation partners, who also happen to be the people we care most about. In this challenging moment, let’s move beyond “how are you doing?”

HOW DOES NONVIOLENT COMMUNICATION WORK? NVC offers many tools for connecting with others in ways that serve life. Nonviolent Communication can dramatically improve our relationships by helping us focus our attention on: Empathic understanding of others – without compromising our values, and Honest expression of our feelings and needs – without blame or judgment In NVC, we learn to hear difficult messages with compassion and to express ourselves authentically with the help of these four steps: OBSERVATION – what we observe that is affecting our well-being FEELINGS – how we are feeling in relation to what we are observing NEEDS – the values, dreams, and preferences connected to our feelings REQUEST – the concrete, presently doable actions we request in order to respond to our needs and enrich our lives These tools help create dialogue for resolutions that respect everyone. NONVIOLENT COMMUNICATION helps -- We encourage you to learn more by reading Marshall’s book: Nonviolent Communication: A Language of Compassion.

Martin Luther King Jr. - Biography Martin Luther King, Jr., (January 15, 1929-April 4, 1968) was born Michael Luther King, Jr., but later had his name changed to Martin. His grandfather began the family's long tenure as pastors of the Ebenezer Baptist Church in Atlanta, serving from 1914 to 1931; his father has served from then until the present, and from 1960 until his death Martin Luther acted as co-pastor. Martin Luther attended segregated public schools in Georgia, graduating from high school at the age of fifteen; he received the B. A. degree in 1948 from Morehouse College, a distinguished Negro institution of Atlanta from which both his father and grandfather had graduated. In 1954, Martin Luther King became pastor of the Dexter Avenue Baptist Church in Montgomery, Alabama. In 1957 he was elected president of the Southern Christian Leadership Conference, an organization formed to provide new leadership for the now burgeoning civil rights movement. Selected Bibliography King, Martin Luther, Jr., Strength to Love.

How to be a more productive manager: using Socratic questions to make your team more self-sufficient As kids we are taught that there is no such thing as a stupid question. And it turns out, asking questions can actually do more than just make you smarter and help you learn new things — it can also make you a better leader. How? Well, recently our CEO Kate has gotten into the habit of turning our biggest questions back on us. When I forward an email up to her with a tricky customer question, she replies right back with, “What do you think we should say?”. By turning our questions back on us, suddenly Kate has given us the opportunity to find the answers ourselves — and most of the time, we realize we actually know more than we think we do. It turns out when you give people the tools to answer their own questions, it often takes little more than reminding them they probably do have the tools they need to help them do amazing work. And doing that makes you a pretty amazing manager. What is the Socratic method? It is typically used in two different ways: or How to ask a Socratic question

‘Those who have a strong sense of love and belonging have the courage to be imperfect’ Brene Brown. – Exploring Social Pedagogy: The Slightly Unknown! Pedagogy of Recognition. What I love about social pedagogy is that it is an on-going journey of discovery and every so often I come across a new aspect or theory. It tends to be a real light bulb moment where something comes into clear focus and I get really excited and can’t stop thinking about how this fits in with what I already know. So what’s this new exciting discovery? It’s the Pedagogy of Recognition. A big part of being human is the need for meaningful relationships, we are sociable creatures by nature and as we are seeing in this current pandemic, these relationships are immeasurably linked to our mental and physical well-being. It’s great to see that there is a growing focus on the importance of relational practice within the world of social work/care. Theory of Recognition Alex Honneth (1995), a German philosopher and sociologist states that we can only grow and develop as humans through the recognition we get from our relationships with others. Like this: Like Loading...