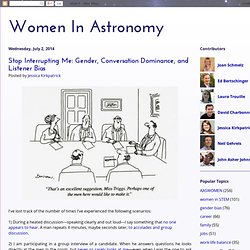 Over the years, a considerable amount of research has been conducted in nonverbal communication with some dedicated to the differences between men and women. 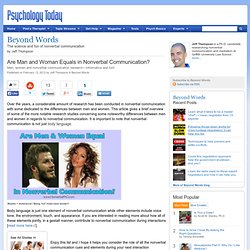 This article gives a brief overview of some of the more notable research studies concerning some noteworthy differences between men and women in regards to nonverbal communication. It is important to note that nonverbal communication is not just body language. Beards = dominance? Being 'hot' holds back women? Body language is just one element of nonverbal communication while other elements include voice tone, the environment, touch, and appearance. Enjoy this list and I hope it helps you consider the role of all the nonverbal communication cues and elements during your next interaction regardless if you are a man or woman! Women are Less Influential A study showed women were less influential, especially with men. Beards (for Men!) Beards increase men's perceived head size and consequently increases dominance.

Cartographies of Time: Part II. No matter we are from, each of us interprets the passing of time in relation to our experiences of the world around us. 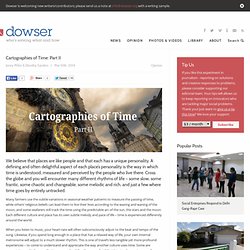 This brings a rich variety of colour and emotion into the language of time. Drawing on Levine’s book and on other travellers’ experiences, we have collected anecdotes and stories that illustrate some of the starkly different ways humans understand and experience time around the world. Starting out in New York, there is perhaps nowhere that Benjamin Franklin’s famous phrase, ‘remember that time is money’, is more true – after all it is the city that never sleeps.

Cartographies of Time: Part I. How to Listen When Your Communication Styles Don’t Match - Mark Goulston. Four Steps to Building a Strategic Communications Capability - Georgia Everse. By Georgia Everse | 3:36 PM March 7, 2012 Do you have the confidence that every message and experience that customers have with your organization rings true and leaves a positive impression? 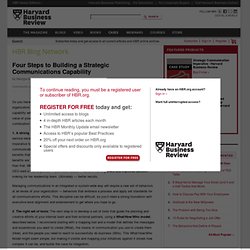 Developing an integrated communications capability within your organization will give you just that. It will also enhance your reputation and the value of your brand. It’s essential to your business. But it’s not a simple task. Why Johnny can't write, and why employers are mad. Can you tell a pronoun from a participle; use commas correctly in long sentences; describe the difference between its and it's? 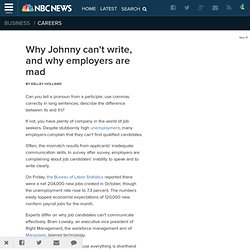 If not, you have plenty of company in the world of job seekers. Despite stubbornly high unemployment, many employers complain that they can't find qualified candidates. Often, the mismatch results from applicants' inadequate communication skills. In survey after survey, employers are complaining about job candidates' inability to speak and to write clearly. On Friday, the Bureau of Labor Statistics reported there were a net 204,000 new jobs created in October, though the unemployment rate rose to 7.3 percent. The Neurochemistry of Positive Conversations - Judith E. Glaser, and Richard D. Glaser. By Judith E. 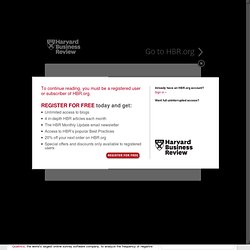 Glaser and Richard D. Glaser | 11:00 AM June 12, 2014 Why do negative comments and conversations stick with us so much longer than positive ones? The Surprising Reason College Grads Can’t Get a Job. Nearly everyone agrees that recent college graduates are having an inordinately tough time finding work almost five years after the end of the Great Recession. 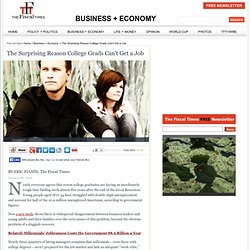 Young people aged 18 to 34 have struggled with double-digit unemployment and account for half of the 10.9 million unemployed Americans, according to government figures. Now a new study shows there is widespread disagreement between business leaders and young adults and their families over the root causes of this problem, beyond the obvious problem of a sluggish recovery. Related: Millennials’ Joblessness Costs the Government $8.9 Billion a Year Nearly three-quarters of hiring managers complain that millennials – even those with college degrees – aren’t prepared for the job market and lack an adequate “work ethic,” according to a survey from Bentley University, a private business school in Waltham, Mass.

Those hiring managers aren’t alone in their assessment, either. The Period, Our Simplest Punctuation Mark, Has Become a Sign of Anger. The period was always the humblest of punctuation marks. 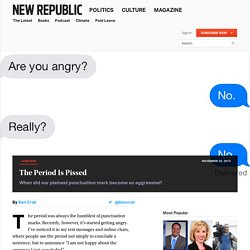 Recently, however, it’s started getting angry. I’ve noticed it in my text messages and online chats, where people use the period not simply to conclude a sentence, but to announce “I am not happy about the sentence I just concluded.” Say you find yourself limping to the finish of a wearing workday. 10 Words Every Girl Should Learn  This article updated from original, which appeared in Role Reboot. 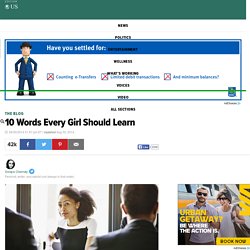 In fifth grade, I won the school courtesy prize. In other words, I won an award for being polite. Burned by McDonald's Hot Coffee, Then the News Media. HOT COFFEE, a documentary feature film. Effective Listening. "We were given two ears but only one mouth, because listening is twice as hard as talking. 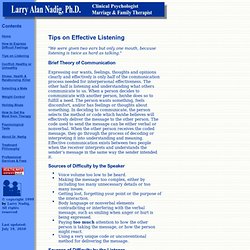 " Brief Theory of Communication Expressing our wants, feelings, thoughts and opinions clearly and effectively is only half of the communication process needed for interpersonal effectiveness. The other half is listening and understanding what others communicate to us. Mentoring_436. Are We Talking the Same Language? How Communication Styles Can Affect Relationships. Negotiation article.