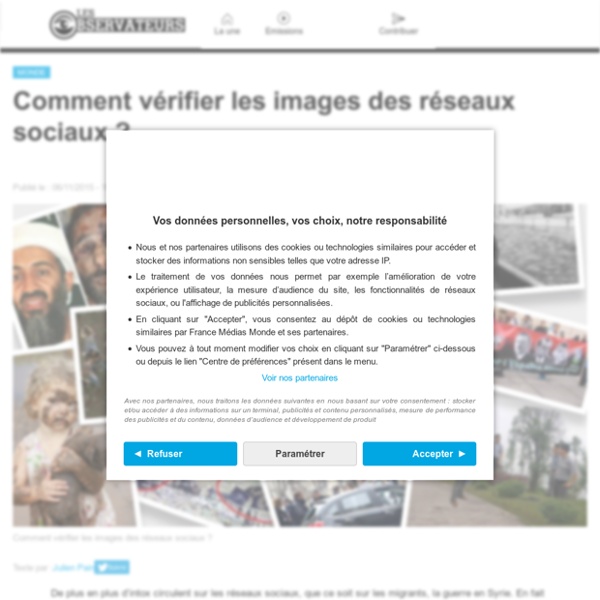 Jedi Mind Tricks: 17 Lesser Known Ways to Persuade People Want to know how to persuade people online and get what you want? The power of influence is usually all that separates the successful from everyone else. These are some tactics, discovered through psychological research, that you have probably not yet heard about, but have the potential to increase your persuasive abilities. Forbidden acts never justified by “goodness” of intention The Fatwa on Terrorism & Suicide Bombings deals comprehensively with the core arguments that terrorists use and their tendencies to misuse Islamic teachings to defend their wrong actions. The Fatwa on Terrorism contains clear-cut rebuttals of the standard arguments made by the terrorists and goes as far as declaring those who commit terrorist acts disbelievers. The Fatwa on Terrorism clearly explains how terrorists such as the likes of Mujaahid Abu Hamza and Ismail Ibn Abdullah (formerly Michael Adebolajo and Michael Adebowale) have nothing to do with Islam or its peaceful teachings nor can their actions be defended by using any verses of the Qur’an.

How Rupert Murdoch Is Influencing Australia’s Bushfire Debate michael barbaro From The New York Times, I’m Michael Barbaro. This is “The Daily.” Today: The prime minister of Australia is calling for a high-level investigation into how the country’s government has responded to the devastating wildfires there. My colleague Livia Albeck-Ripka on the events that led up to this moment. It’s Monday, January 13.

Matsui calls on GAO to investigate Afghan refugee resettlement process Rep. Doris Matsui, reacting to an investigation by The Sacramento Bee, has formally requested that the federal Government Accountability Office evaluate how to improve the resettlement process for Afghan refugees arriving in the United States on Special Immigrant Visas. The visas are awarded to people who served the U.S. during the war in Afghanistan, along with their immediate family members. California has received more of these newcomers than any other state, and Sacramento – with 2,000 recent arrivals and more on the way – has more than any other county in California. How To Get People To Like You: 7 Ways From An FBI Behavior Expert Before we commence with the festivities, I wanted to thank everyone for helping my first book become a Wall Street Journal bestseller. To check it out, click here. Meeting new people can be awkward. What should you say? How can you make a good impression?

40 maps that explain the world By Max Fisher By Max Fisher August 12, 2013 Maps can be a remarkably powerful tool for understanding the world and how it works, but they show only what you ask them to. So when we saw a post sweeping the Web titled "40 maps they didn't teach you in school," one of which happens to be a WorldViews original, I thought we might be able to contribute our own collection. Some of these are pretty nerdy, but I think they're no less fascinating and easily understandable. The manipulation of the American mind: Edward Bernays and the birth of public relations “The most interesting man in the world.” “Reach out and touch someone.” “Finger-lickin’ good.” Q&A: Renée C. Byer’s Living on a Dollar A Day – PROOF “I think of myself as a journalist who chooses the art of photography to bring awareness to the world. Art is a powerful means of expression, but combined with journalism it has the ability to bring awareness to issues that can elevate understanding and compassion. It’s the basic reality of why I do what I do.”—Renée C. Byer Approximately one out of six people live on a dollar a day.

Why People Believe Weird Things and 8 Ways to Change Their Minds Some people believe all kinds of weird stuff including… …no, actually, for a very good psychological reason I’m not going to repeat any of it here. Let’s just say that some people believe weird stuff and leave it at that. A Famous Steve Jobs Speech Is Hidden on Your Mac Every Mac which has the Pages app for OS X installed includes a little Easter Egg that few know about; a famous Steve Jobs speech, tucked away in a little unassuming folder. Technically, it’s two different Steve Jobs speeches, the famous text from the Crazy Ones Think Different campaign, and arguably the even more famous 2005 Steve Jobs commencement speech from Stanford University. Note that you must have Pages.app installed in OS X to find the Easter Egg file, Pages is free as part of the iWork suite nowadays on new Macs, and older versions can upgrade to the latest versions for free.

How Who Targets Me works - Who Targets Me How Who Targets Me works Who Targets Me develops free software to help voters, journalists and researchers understand how political campaigns are chasing their vote using Facebook advertising. Over 30,000 people have installed Who Targets Me’s browser extension around the world. Vanessa Nakate: Ugandan Climate Activist Cropped Out Of AP Photo Featuring Greta Thunberg LONDON — Vanessa Nakate is a 23-year-old climate activist from Uganda who this week attended the World Economic Forum in Davos. On Friday, she took part in a news conference with Greta Thunberg and other activists ahead of a Fridays for Future protest in the Swiss town. However, she was dismayed to find that in news coverage of the event, she had been cropped out of a photo issued by the Associated Press news agency featuring Thunberg and fellow activists Luisa Neubauer, Isabelle Axelsson, and Loukina Tille. AP later changed the photo that appeared as the thumbnail on Twitter for the story Nakate tweeted.

How Technology Disrupted The Truth One Monday morning last September, Britain woke to a depraved news story. The prime minister, David Cameron, had committed an “obscene act with a dead pig’s head”, according to the Daily Mail. “A distinguished Oxford contemporary claims Cameron once took part in an outrageous initiation ceremony at a Piers Gaveston event, involving a dead pig,” the paper reported. Piers Gaveston is the name of a riotous Oxford university dining society; the authors of the story claimed their source was an MP, who said he had seen photographic evidence: “His extraordinary suggestion is that the future PM inserted a private part of his anatomy into the animal.”